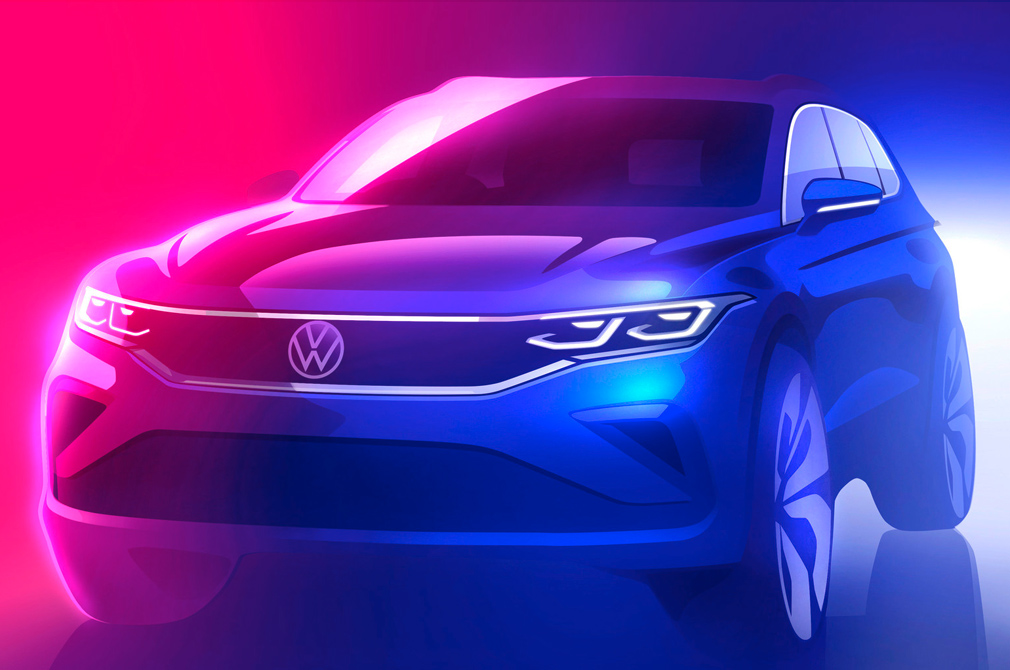 Volkswagen has released the first teaser image of the new Tiguan.

The carmaker is preparing to launch the next chapter of the Volkswagen Tiguan’s success story with a major technical and visual update scheduled for 2020. One of the highlights will be a new additional variant with a plug-in hybrid drive for Europe.

A total of 910,926 units of the current model were manufactured in 2019 alone, allowing the model to break the six million unit production barrier early this year.

The Tiguan is currently manufactured at four Volkswagen plants spread across four time zones to ensure near round-the-clock production. The version with a normal wheelbase is manufactured at Volkswagen’s main plant in Wolfsburg, Germany, for the markets in Europe, Africa, Asia and Oceania.

In Shanghai, Volkswagen manufactures the Tiguan L with a long wheelbase for the Chinese market. In the Mexican city of Puebla, long wheelbase versions are also produced for North and South America and for countries in Europe, Africa, Asia and Oceania.