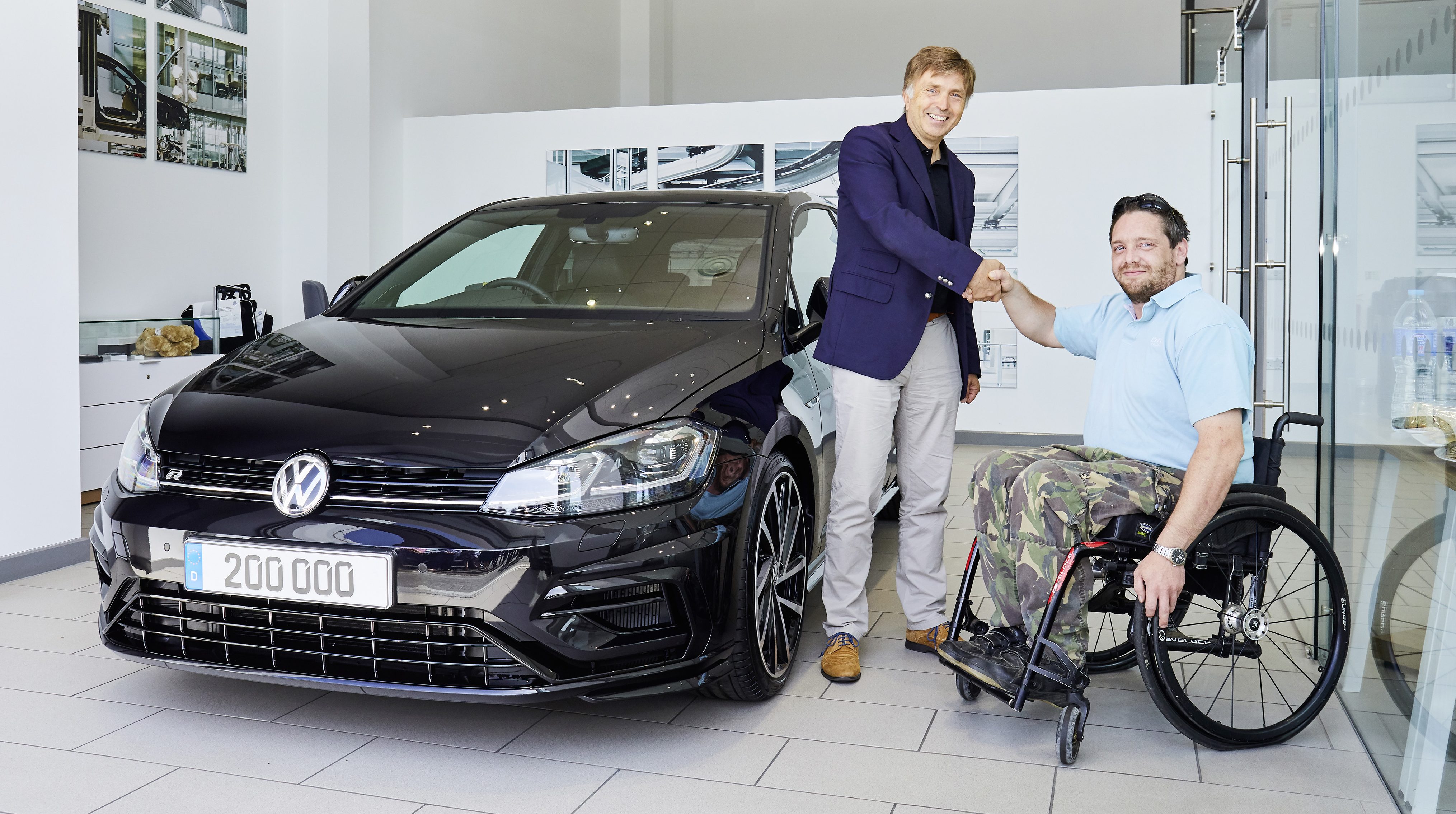 The 200,000th VW R model is a Golf R with the optional Performance Pack and Akrapovič exhaust system, with the owner being a long-time Volkswagen customer who has a Mk IV Golf R32 and a Mk V Golf GTI in his collection.

To mark the occasion Jost Capito, Executive Director of Volkswagen R, handed over the 200,000th model to a UK customer at Robinsons Volkswagen Peterborough.

The owner of the 200,000th VW R model, a Golf R with the optional Performance Pack and Akrapovič exhaust system, was naturally excited to receive his vehicle. Keith Williamson is a long-time Volkswagen customer who has a Mk IV Golf R32 and a Mk V Golf GTI in his collection.

“I’ve always loved the Volkswagen Golf; the Performance range has always been about versatile and fun cars.”

With his Golf R, he is fulfilling a driving dream. “I get so much enjoyment from my Mk V Golf GTI and the Golf R just lifts that level of driver involvement even higher. I am particularly excited about having the Performance Pack on the car. This is another car that won’t be leaving my collection!”

Known as Volkswagen Individual when it was established, the division rebranded into Volkswagen R in 2010. Since the launch of its first model, the Golf IV R32, the letter “R” has stood for “Racing” and expresses the close relation to motorsport.

Production of the R models started in 2002 with the Golf R32. Since then, there have been three further Golf R models, plus the Passat R36, Touareg R50, Scirocco R, Golf R Convertible and Golf R Estate.

Today’s Golf R is available in hatch and estate forms. Both have a 2-litre turbocharged petrol engine and 4Motion four-wheel-drive. Special styling cues and “R” sports suspension make the Golf R and Golf R Estate the most potent models in the broad Volkswagen Golf lineup.