Volkswagen up! GTI is a tribute to the original Golf GTI | Torque
Loading posts...
0 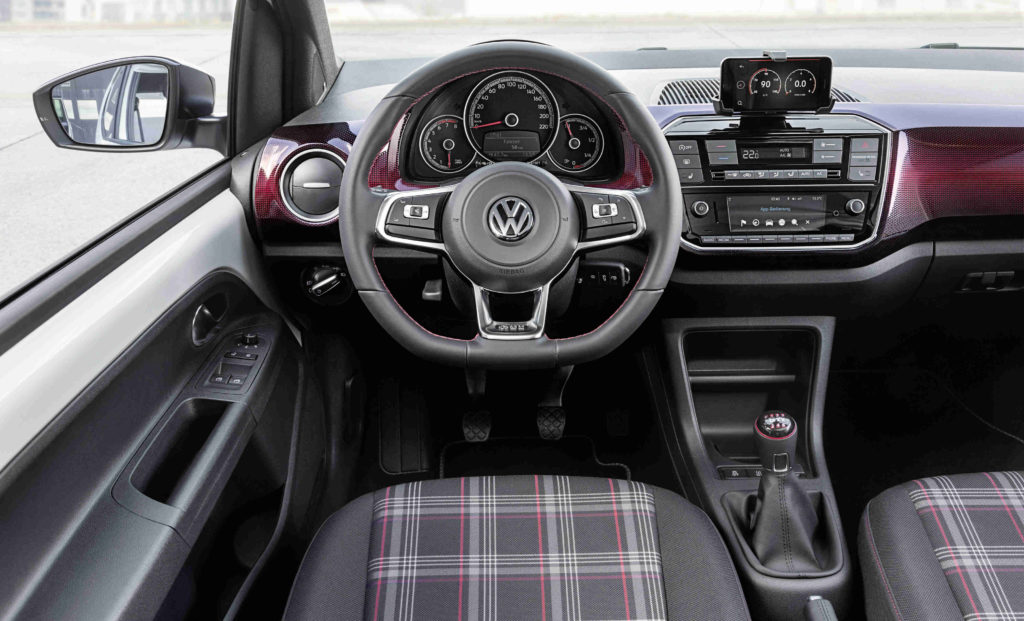 With the up! GTI, Volkswagen is building a bridge that spans four decades. When the first Golf GTI was launched in the 1970s, it democratised access to fast roads around the world, especially the overtaking lane of German motorways. Where large saloons and expensive sports cars had previously set the pace, the new compact Volkswagen suddenly stirred up the field.

The red stripe in the radiator grille, the black double stripes across the side sills and the black stripe on the tailgate immediately identified this Volkswagen as a GTI. Its 110bhp powered a kerb weight of just 810kg and accelerated it to 100km/h in 9 seconds flat. The car’s top speed was 182km/h. The colours for the market launch were Mars Red and Diamond Silver. Later, white and black also became established as GTI colours.

The new up! GTI continues the VW creed of a lightweight and no-frills sports car with a compact format – similar in size to the original Golf GTI, both outside and inside. It is driven by a turbocharged TSI engine with 115bhp of power and 230Nm of torque.

The colours are classic once again and typical of the GTI – the regular colours Tornado Red and Pure White, and the metallic colours Dark Silver, Black Pearl and a new GTI paint job called Costa Azul (blue).

The most powerful up! to date is immediately recognisable with its typical GTI insignia. At the front, for instance, is the red stripe across the radiator grille with honeycomb pattern. Integrated above it is the GTI logo. Here the up! cites the archetypal GTI with features such as the double stripes across the wide side sill panels. The exterior mirror caps are in high-gloss black.

The 17-inch alloy wheels have also been completely redesigned to have a particularly dashing look in the wheel housings, because the up! GTI features sports running gear, lowering the body by 15mm. GTI features also characterise the rear where, among other things, a red strip as well as a larger roof-edge spoiler provides for greater downforce on the rear axle for optimised handling at higher speeds.

The interior includes “go-faster” features such as a leather-trimmed sport steering wheel, a GTI gearknob and the legendary Clark seat pattern. 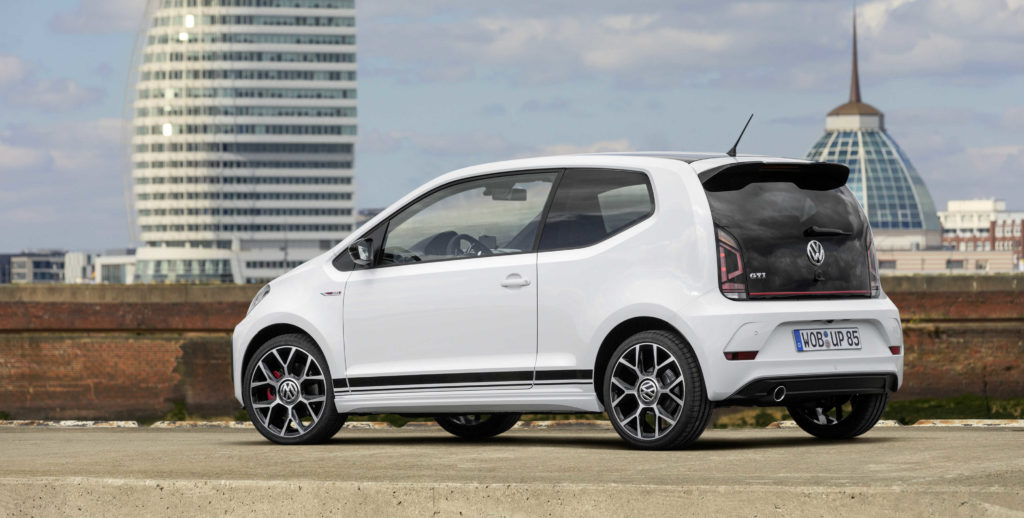 Read about a Singaporean petrolhead’s mind-blowing date with a VW Golf GTI Mk 1.

Read our Singapore-exclusive comparison of the Golf GTI Mk 7, Mk 6 and Mk 5.