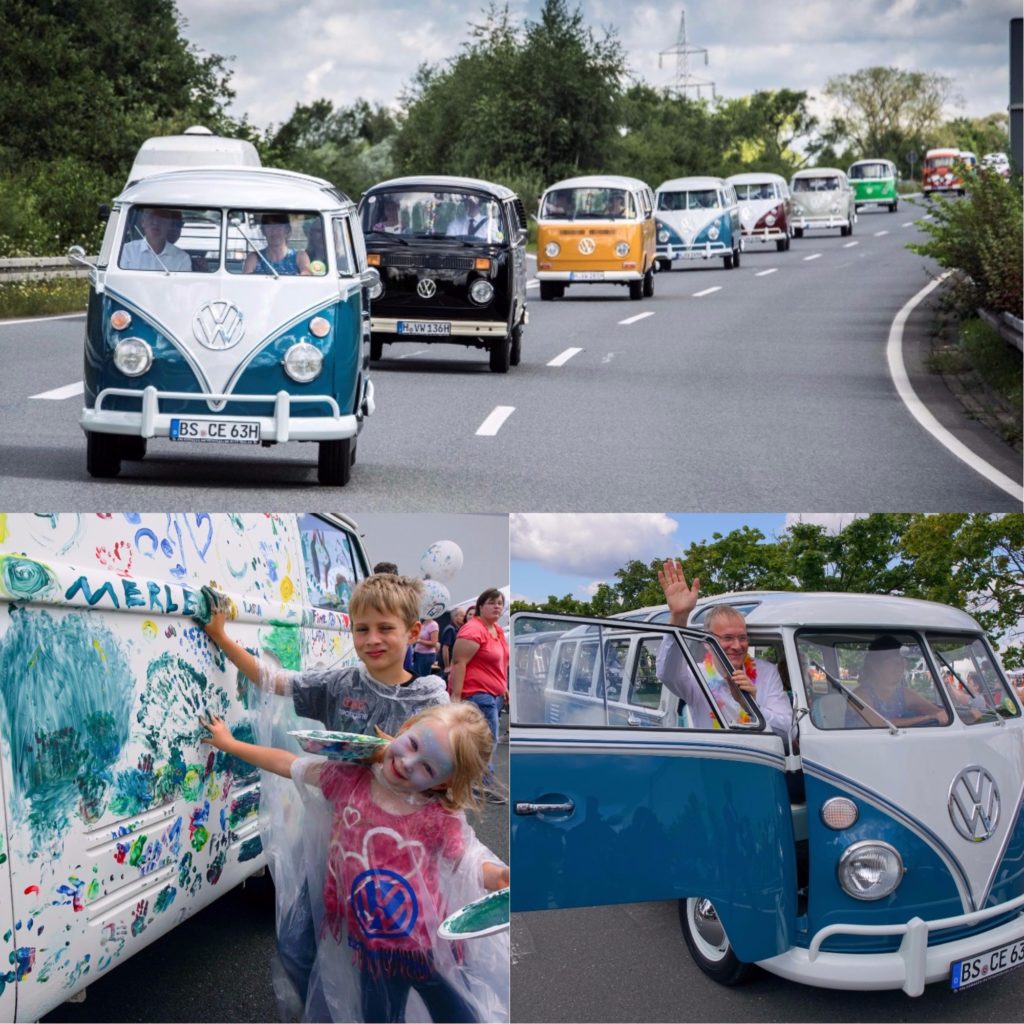 It was a perfect, long summer weekend for all VW Bus fans – drawn from all over Europe, they celebrated at a huge open-air party on the grounds of Volkswagen Commercial Vehicles’ Hannover plant. The pop band Marquess, singer Jea and the DJ trio Adaptiv created the perfect festival atmosphere.

Prior to the finale was a convoy of around 350 vehicles of all six vehicle generations from Wolfsburg to Hannover, where the T-series is made today. The event was the final highlight of 2017’s four-day VW Bus Summer Festival in Wolfsburg’s Allerpark, of which Volkswagen Commercial Vehicles was the main sponsor.

Members of the Volkswagen Board of Management and Works Council, Hannover Mayor Stefan Schostok, Hannover 96 Football Club President Martin Kind (in the club-branded “Alte Liebe” T2) and stars of stage and screen took part in the VW Bus parade. The convoy symbolised the 1956 relocation of T-series production to Hannover, the state capital of Lower Saxony, where the Transporter has been built ever since.

Many VW Bus fans also took the opportunity to look at the many T-series collector’s items and recounted their own tales and experiences relating to all things Bus, for every vehicle tells its own interesting story.

Dr Eckhard Scholz, CEO of the Volkswagen Commercial Vehicles brand, led the way, driving his own T1 (model year 1965, 44bhp, colour: cumulus white/aquamarine) and then greeting the fans in front of the Stöcken factory:

“It was a fantastic experience to drive to the Hannover production site with so many proud VW Bus owners in order to celebrate the conclusion of the VW Bus Summer Festival here with even more fans. Our VW Buses are more than just a means of getting from A to B. They are part of a wonderful lifestyle feeling that constantly travels with you and has done so across every vehicle generation. This easy-going lifestyle feeling could also be felt throughout the entire festival. It was simply lovely.”

Read about the five VW Bus fans who drove 20,000km from Malaysia to Germany.