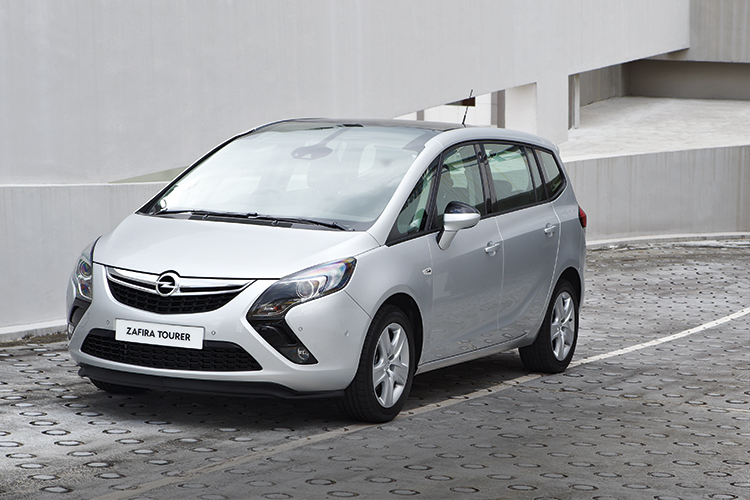 Having to opt for an MPV (multi-purpose vehicle) is one of the most painful decisions a petrolhead could make, for MPVs in the past were about as exciting to drive (and look at) as a school bus. Bidding farewell to the sporty saloon or hot hatch in order to make room for one’s growing brood is certainly a pragmatic move, but it’s also a heart-wrenching one.

Fortunately, today’s MPVs are generally more appealing than the dreary-looking models available a decade ago. The Volkswagen Touran, for example, has a zippy powertrain and handles like an oversized hatchback despite its boxy form. Cockpit looks sombre, but its control layout is functional and reasonably ergonomic.

Here to take on its fellow German “household appliance” is the Zafira Tourer, Opel’s latest contender in the MPV segment. The newcomer’s design is a lot more eye-catching than the earlier Zafira.

Key to the Zafira Tourer’s attractiveness is its dynamic styling – the futuristic front end features elements from Opel’s Ampera electric car, while the flanks showcase the carmaker’s “blade” styling. Adding to the drama is the steeply raked front windscreen, which makes this room-on-wheels look sleek instead of square. 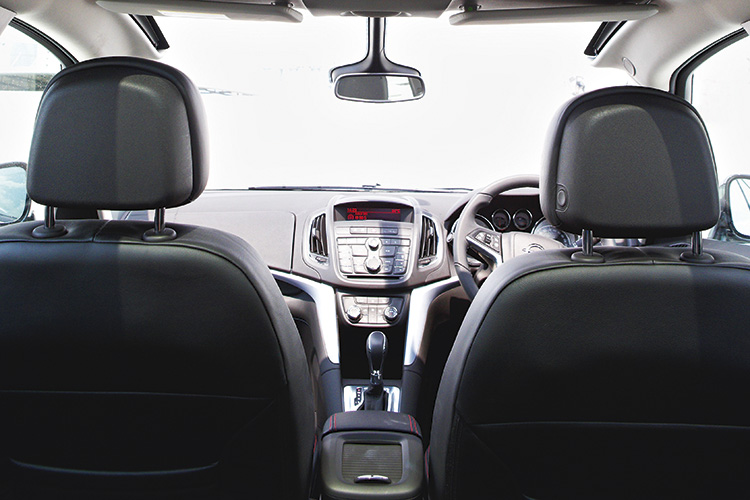 The car’s electronically operated panoramic sunroof creates an airier atmosphere in the cabin.

Said windscreen is panoramic – retract the cover above the front seats (ideally on a cloudy day given our tropical weather) and you’re rewarded with an expansive view of the road ahead and the trees above. Visibility is further increased by the “split” A-pillars that help drivers to spot oncoming cars when making turns. The rear view mirror is too small, though, seriously restricting rearward visibility.

A useful feature is the Side Blind Spot Alert, which warns you of other vehicles in your blind spot when you’re changing lanes. This Opel is also equipped with a Lane Departure Warning as standard, but it’s rather sensitive – the alert tone is activated even when you use your indicator before you actually change lanes. 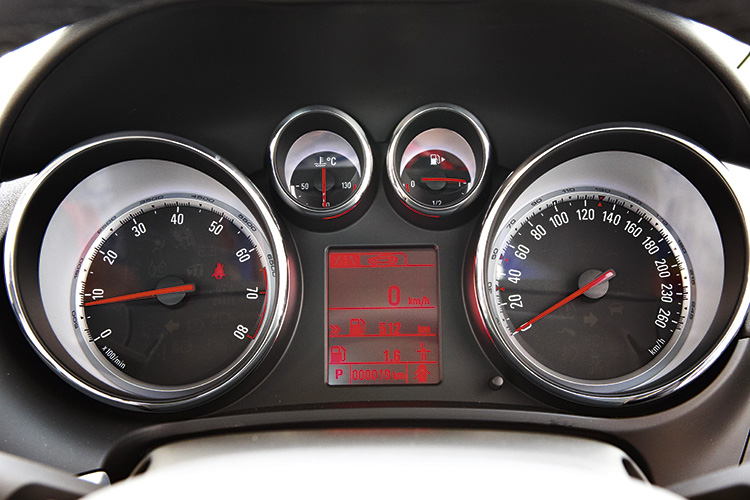 Sporty dials have watch-like bezels surrounding them, but the effect is more confusing than cool.

Pefectly understanding of the family man’s needs is the flexible cabin. With five individual seats in the rear, dads will have little trouble finding an optimal configuration to suit every situation.

The second row of seats can each be slid forward or backward (by 100mm and 110mm respectively) to accommodate passengers of varying heights. These seats are also easy to pull forward (for rear access) or fold (to create extra hauling space). 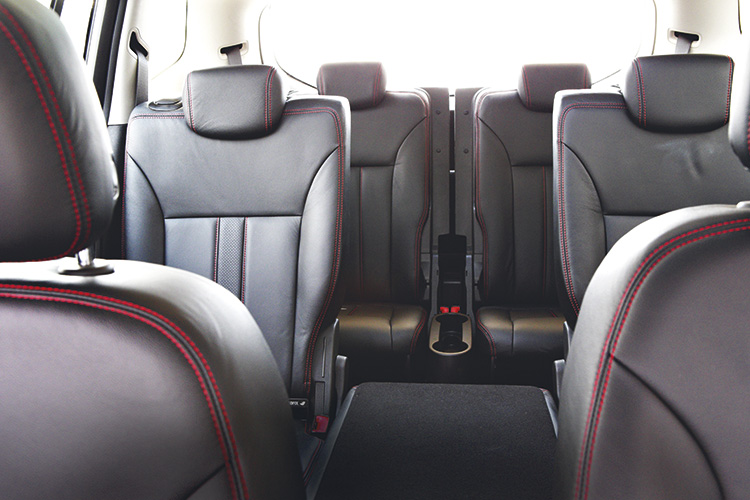 There’s plenty of space beneath the front seats, but headroom is an issue for taller passengers.

Interestingly, the second row’s middle seat can even be folded up and turned into an armrest, freeing up more room for the occupants to stretch out. The rearmost pair of seats are, of course, meant for little children – adults asked (or more likely forced) to sit back here will be having a conversation with their knees.

Sure to give occupants plenty to talk about is this MPV’s practicality, which comes in the form of more than 30 storage bins throughout the interior. There are two gloveboxes up front (plus a slim compartment between them) and a handy tray for your mobile phone that sits below the hi-fi system. 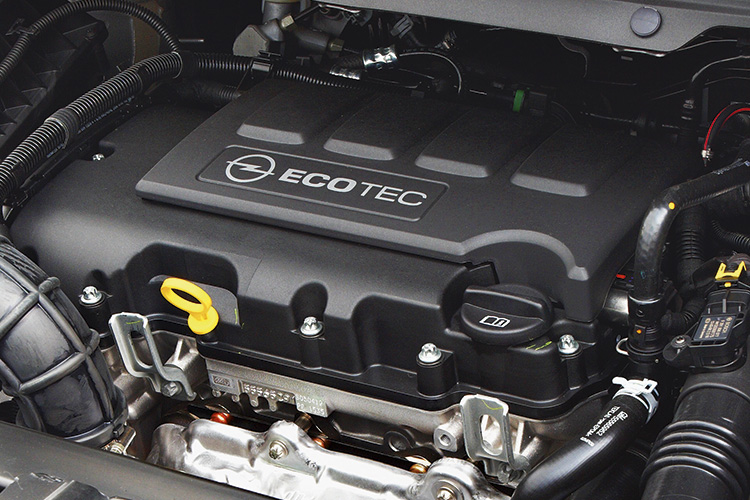 More storage options can also be found within the FlexRail console found between the front seats. This tri-level “system” consists of an armrest, cupholders and a deep bin. Each of these elements is removable, in case they need to be cleaned. If you’re the type who tends to misplace your belongings, “losing” your items in here is a real possibility.

Definitely well-suited to the Zafira Tourer is its turbocharged 1.4-litre engine, which churns out 140bhp and a decent 200Nm. Although this powertrain is anaemic in the sporty Opel Astra GTC, it’s right at home in this people-mover. Acceleration is adequately brisk, and the 6-speed automatic, while a tad slow, is smooth enough for most needs. The firmish ride quality is worth the bumpiness you feel over uneven roads, for the suspension rewards the driver with a planted feel around tighter bends that would have other MPVs struggling with understeer. The Zafira Tourer is a quiet cruiser, too – with a mere whisper of wind noise at 90km/h, long journeys are likely to be less tiring.

Car-loving dads who want to do the “right” thing by getting an MPV for their family would undoubtedly still feel some anguish over having to do so. But with options like the Zafira Tourer now available to them, the decision will probably be a more pleasant (and less agonising) one to make.