Aston Martin DB11 is a "cosmic girl" that will leave you hot and bothered
Loading posts...
0 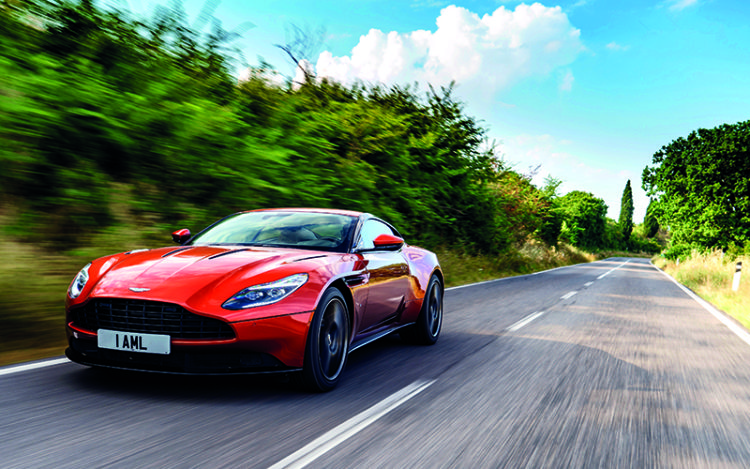 It is hard to believe that the Aston Martin DB9 has been around for 12 years.

Twelve years is an eternity in the motoring world. But the DB9 doesn’t look like it has aged a day. Its lines are still beautiful, and the car remains as desirable as ever.

But if you’ve been aching to acquire a DB9, you will only be able to land a used model, because Aston Martin has halted its production to make way for the DB11.

If you’re wondering why the DB9’s successor isn’t called the DB10, it’s because the latter only exists on the silver screen. It was driven by fictional secret agent James Bond in Spectre.

Like the DB9, the DB11 is crafted to impress. It has many gorgeous lines. But it’s also more athletic-looking and has sharper, more well-defined curves.

Try as I might, though, I don’t find the DB11’s face appealing. But I do find myself constantly ogling its rear end. 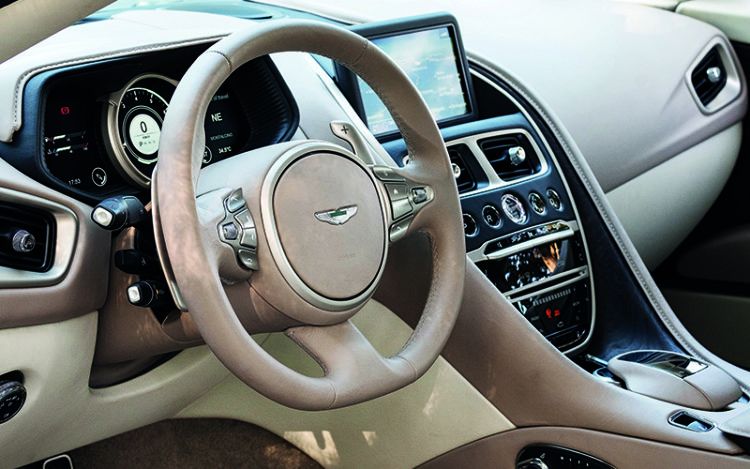 The cockpit looks and feels expensive, but the all-digital instrument cluster isn’t as pretty as the analogue one in older models.

All this bodywork hides some neat aerodynamic tricks. Those curlicues by the front fenders are actually vents that release air pressure from inside the wheel wells to reduce front-end lift.

To mitigate rear-end lift, the car has an AeroBlade system. This consists of vents hidden at the base of the C-pillars, which channel air through ducts and out towards a discreet aperture on the boot lid.

The DB11 is only marginally longer and wider than the DB9. Its wheelbase, however, has been stretched by 65mm and now measures 2805mm. This bodes well for interior space.

Settle into the driver’s seat, however, and you’ll feel rather cocooned. The low seating position and steeply raked windscreen contribute to this.

As expected, the DB11’s cockpit is exquisitely finished. Six cowhides are needed to upholster the entire cabin. Even the ceiling is finished in a mix of leather and Alcantara.

In the ultra-luxury segment, customisation is the name of the game. You can specify just about any hue and/or kind of leather, the stitching you prefer, and the type of wood veneers you fancy. 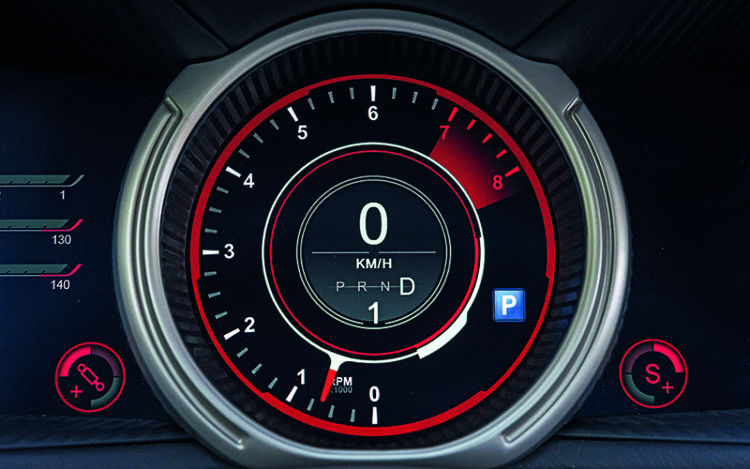 The leather and wood might be bespoke, but the DB11’s switchgear isn’t. Items such as the indicator stalk and infotainment controls are actually from Mercedes-Benz, and wouldn’t look out of place in a C-Class.

Aston Martin, however, should have kept the jewel-like analogue dials found in its older models. The DB11’s fully digitised instrument panel looks cool, but it’s nowhere as pretty.

Also very modern is the DB11’s powerplant, a twin-turbo 5.2-litre V12 that pumps out 600bhp and 700Nm. It makes the DB11 the most powerful regular production Aston Martin model to date.

Apart from being Aston’s first turbocharged engine, this V12 is also its first motor equipped with a stop-start system and Intelligent Bank Activation. The latter feature shuts down one bank of cylinders, effectively turning the engine into a straight-6 when you’re just cruising along. 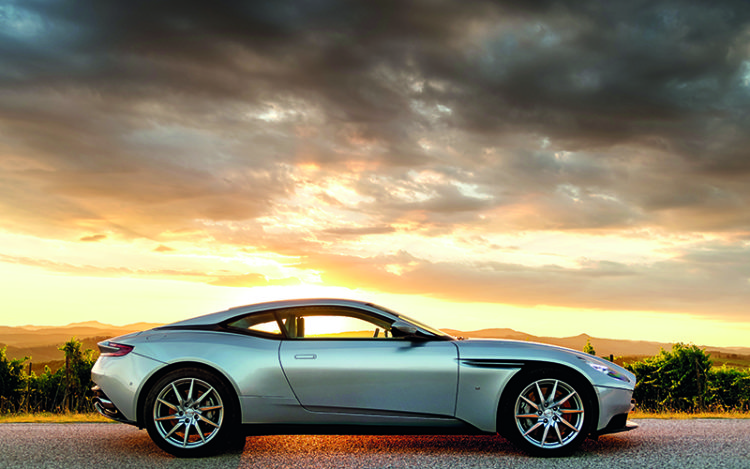 Like its predecessor, the curvaceous DB11 is a real head-turner.

Said function also alternates between either bank of cylinders every 25 to 30 seconds, to ensure that the motor’s components remain at an optimal operating temperature.

More importantly, the V12 enables the DB11 to demolish the century sprint in 3.9 seconds. Better still, the engine’s turbocharged nature hasn’t affected its ability to deliver a soul-stirring soundtrack.

Thumb the ignition button and you’ll hear the whirring of the starter motor before the mighty engine awakens with a sonorous roar. That sound alone is enough to get your heart racing.

As I ease the DB11 onto the first of many winding country roads, I am immediately struck by the linearity of its power delivery. Even in the drivetrain’s default GT mode, there’s no palpable turbo lag.

The DB11, however, performs best in Sport+ mode, which is the sportiest of the three settings.

Here, the engine is at its most responsive and the exhaust volume at its loudest. In tunnels, purposely downshifting to hear the “brap-brap-brap” throttle blips before speeding up again becomes instinctive. 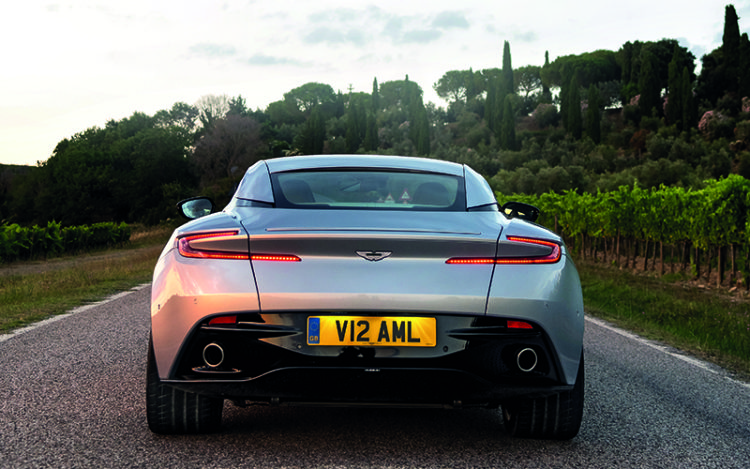 The car’s acceleration is searing – the V12 just pulls and pulls. Whether it’s from 50kmh to 100kmh or from 150km/h to 200km/h, the DB11 never feels short on power. The ZF-sourced 8-speed automatic is also impressive. In manual override mode, it feels as quick as a dual-clutch gearbox.

Complementing this performance is the chassis, which Aston Martin says is 25 percent stiffer than the DB9’s. The DB11 also has adaptive dampers, which have GT, Sport and Sport+ settings like the transmission.

GT mode is the most comfortable, but I’d recommend the Sport setting instead, which has a better balance between ride and handling.

In my experience, the car doesn’t enjoy a ham-fisted driving style, which is probably better suited to Aston’s Vantage models. When coerced through corners, the nose feels heavy and unwilling.

The DB11 becomes a willing partner once I dial down my aggression by a few notches. The flow it has through all manner of corners is familiar. I feel like I have driven the DB11 for a decade.

The car, however, has a few flaws. All-round visibility is challenging, while backseat space – even for small kids – is laughable. 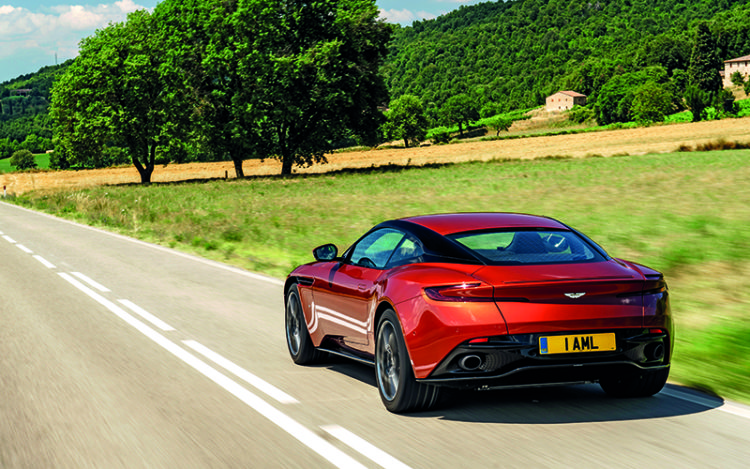 The DB11 is the most powerful regular production Aston Martin to date.

But the biggest fault I encountered was the malfunctioning air-conditioning system. My drive was pleasurable, but it also made me hot – and not in a good way.

On-site technicians couldn’t resolve the issue. One of them even asked me why the temperature was “turned all the way up to 19 degrees Celsius”. I replied that was 16 degrees cooler than the outside temperature.

Then again, if you’re an Aston Martin fan with a million dollars to spend, these blemishes won’t matter.

Fast, sexy and teeming with modern technology, this “cosmic girl” will leave you hot and bothered.