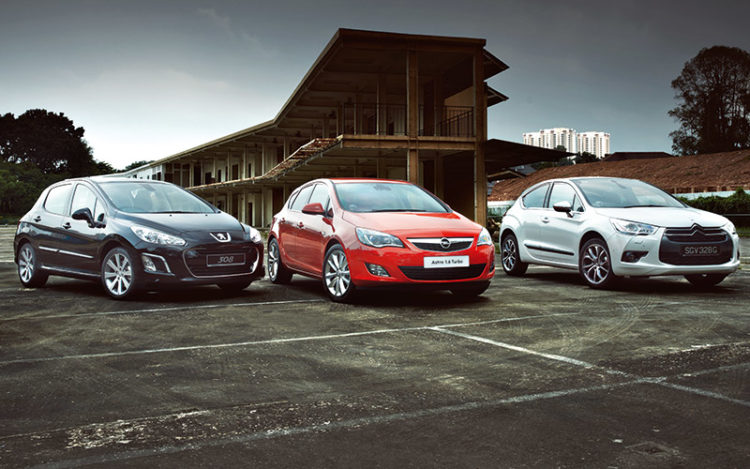 Good-looking European hatchbacks will definitely attract plenty of attention, but if the head-turning vehicle in question has nothing more than just stylish lines and sexy curves, it becomes the equivalent of an automotive bimbo – a car that’s wonderful to look at, but one that ultimately offers little actual wonderment in terms of driveability, practicality and equipment.

Aiming to prove that its beauty is more than just skin – or sheet metal – deep is the facelifted Peugeot 308 Turbo. The newest car in this shootout, this Gallic hatch boasts a sharper exterior and an upgraded interior compared to the pre-facelift model. Apart from these, the French carmaker also claims that the 308 Turbo has improved handling and better fuel economy thanks to its body, which is slightly lighter compared to its predecessor.

Giving the 308 Turbo a run for its money is the DS4, its cousin from sister brand Citroen. Unlike its two rivals here, the DS4 is a compact crossover that incorporates design cues from coupes (the rear door handles are “hidden” to give the illusion that it’s a two-door) and SUVs (it has a taller stance compared to the other two). Aside from its striking looks, the DS4 also packs an array of in-car delights to impress and pamper occupants.

Our third car, which aims to wow keen drivers, is Opel’s Astra Turbo, the lone German model in this story. Under the pretty styling lies a potent powertrain (the most muscular of the trio) and a well-tuned chassis that promises plenty of driving thrills. On-board entertainment is provided by an excellent infotainment system, while the car’s overall practicality is boosted by some unique storage solutions.

These three hatchbacks are all charming and capable, but which one has the most substance beneath its stylish good looks? Continue reading to find out. 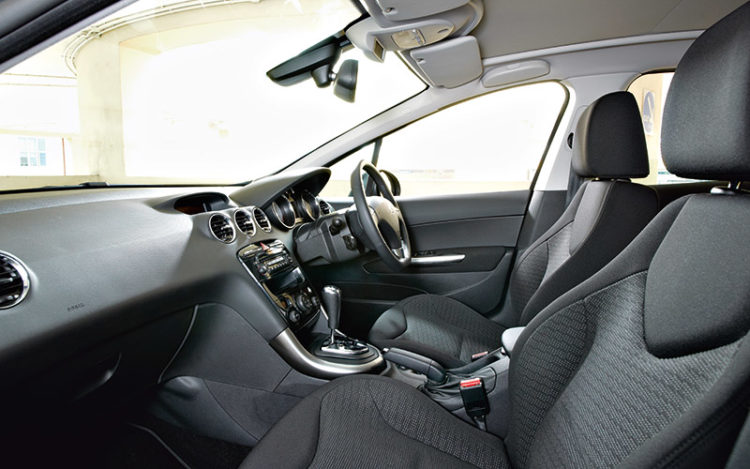 308 – Trio’s roomiest cockpit also offers the best forward views and the widest footrest, making it most suitable for long drives. Its windows are the only ones that do not retract fully, though. 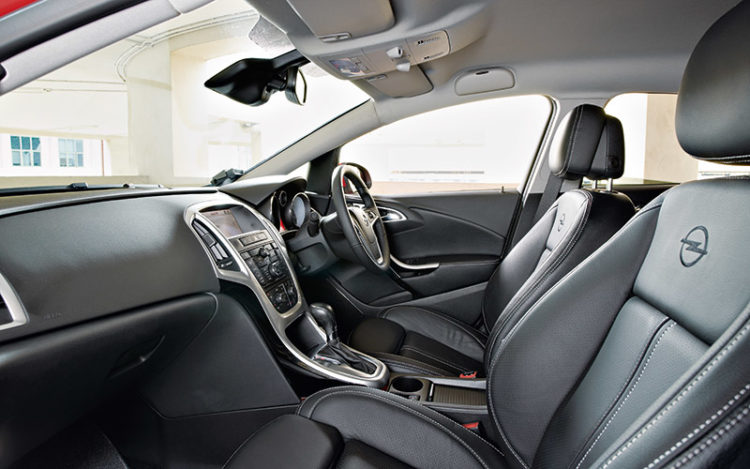 ASTRA – Overall visibility is the poorest due to the comparatively narrower windscreen and thick A-pillars, but front seats provide the most lateral and thigh support. Practicality is worse than in the other two hatches due to the lack of storage points. 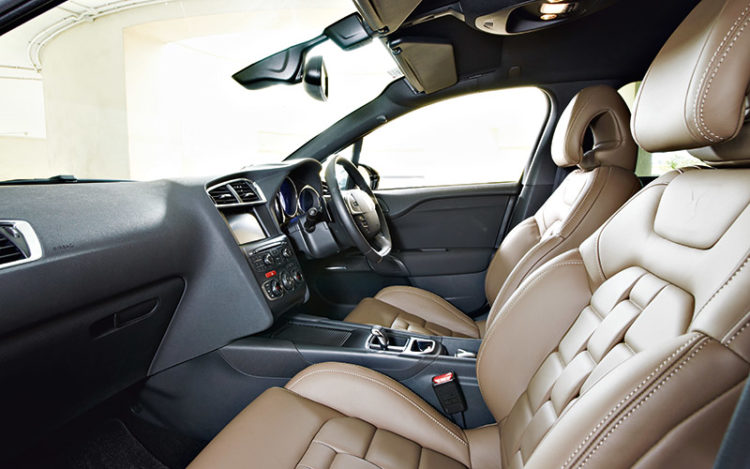 DS4 – Offers the most commanding view of the road and features funky, “watch strap-style” leather seats and retractable sunvisors. Convenience is tops, too, thanks to the roomy door pockets and centre storage bin, the latter holding up to four 500ml bottles.