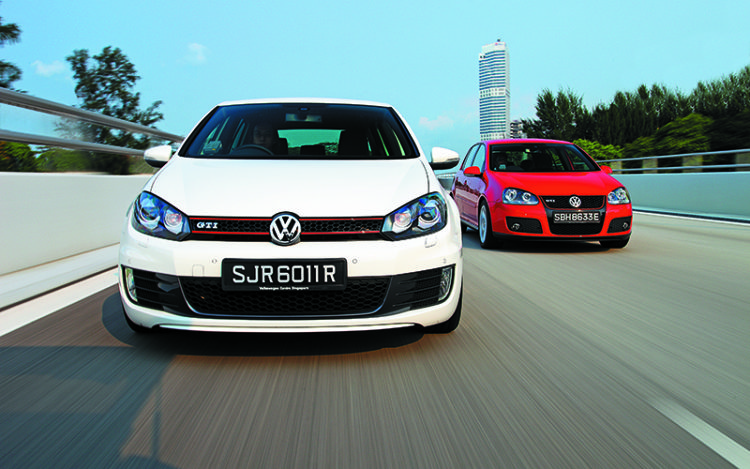 Building on success is an immensely tricky and arduous task, with a not inconsiderable risk of failure if you attempt to emulate the landmark results of the original. Well, in this particular instance, we need not travel too far back in history to appreciate the merits of this philosophy.

The Golf Mk 5 was introduced to the world six years ago and it was an instant hit, especially in GTI guise, because it was fast, efficient, good-looking, comfortable, practical well-built and a hoot to drive. In other words it was just about the perfect hatchback ever built and without a doubt the best car in its class. It’s so good that I bought one of the limited editions, which comes bereft of weighty extras such as sunroof, electric seats, 18-inch alloys, leather upholstery and headlamp washers.

Like all good things, the GTI version of Golf Mk 5 has had to say goodbye, long before it was time for it to go. Its successor is this white car on this page. And if you have not been able to differentiate it from the previous GTI, then study the photos carefully because there are numerous distinctive details that are not immediately obvious but subtly different. The Golf is one model that has evolved ever so gradually since the Mk 1 in 1974, preserving its basic shape and proportions, while Volkswagen has rightfully avoided radical styling changes from one generation to the next. In fact, the most drastic change in any styling element on the Golf occurred when the rear license plate was moved from the tailgate to the bumper for the Mk 4! 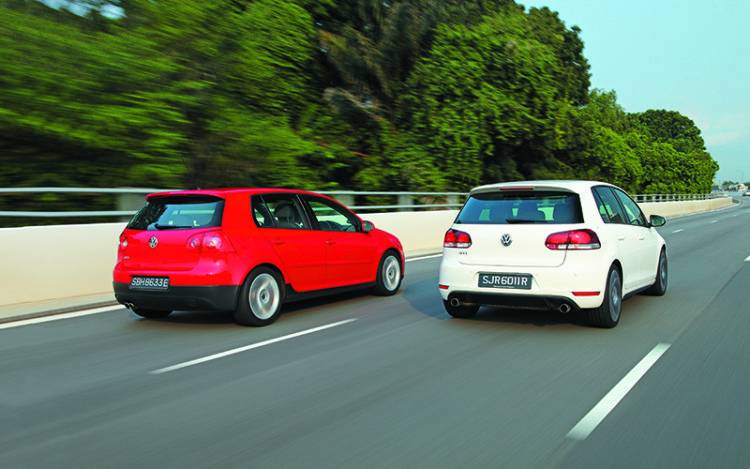 So from the side, the Golf Mk 6 has identical proportions to its immediate predecessor. There is now a pronounced crease on the body that runs along the entire side just above the door handles, as if compensating for the skinnier sill extension that no longer covers the rocker panel fully. Nor does the black plastic sill cover kick up the rear wheel arch, as it used to in last year’s GTI. The 18-inch alloy wheels are the same – just finished differently. At the bottom of the rear bumper is an almost full-width “diffuser” with single chrome-tipped tailpipes at either end, unlike the Siamese pipes on the left of the Mk 5’s rear bumper.

There’s no mistaking the new car when you see it in the rear-view mirror, though. Its grille is now a slim, shiny black item with a honeycomb pattern, accented by a pair of red lines across the top and bottom. Setting the front-end styling apart from lesser Golfs is a deep front bumper with enough grilles and apertures to feed air into the intercooler and front brakes. Overall, it is less flamboyant than the Mk 5 but the slimmer look does complement the new car’s sharper features.

Interestingly, much of what you cannot see in the new GTI is more or less the same stuff you could not see in the Mk 5. Volkswagen was confident that since the Mk 5’s hardware worked so brilliantly – and, more importantly, still remains far superior to its rivals – there was little in this department that needed to be re-engineered for the new GTI. 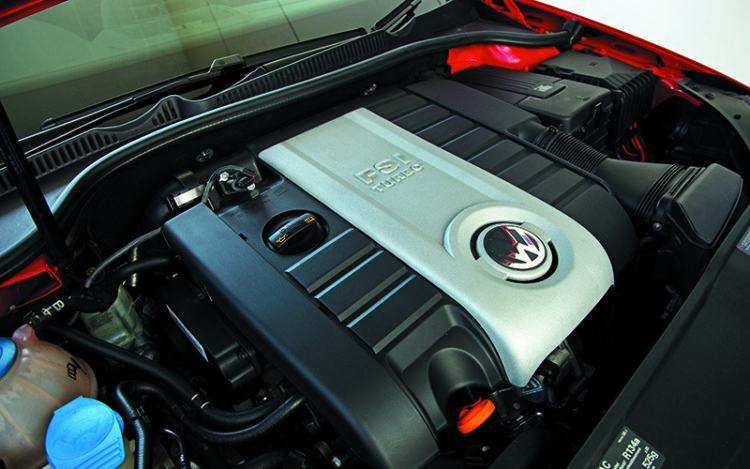 Hence, the basic chassis plus the sophisticated dual-clutch gearbox (called DSG) have been carried over. The engine, which has identical bore and stroke dimensions even if it has got a new name, is dubbed EA888. It is direct-injected and turbocharged as before but claims to be more fuel efficient and naturally cleaner. Oddly, the plastic engine cover has the letters “TSI” where it used to be “FSI Turbo”. 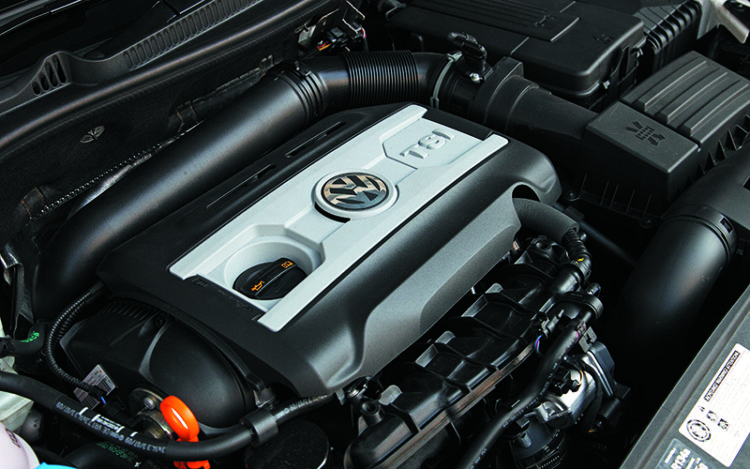 The new engine boasts a 10bhp increase in power, though torque is the same 280Nm between 1700rpm and 5200rpm. On the road, the higher power output is barely noticeable. But, like before, the GTI’s performance is energetic yet cultured. A claimed 0-100km/h time of 6.9 seconds says little to describe the car’s strong acceleration, immediacy of throttle response at any speed or its ability to use all of its engine speed range with no fuss. Maximum power of 210bhp arrives at 5300rpm and stays flat till 6200rpm, while the engine continues to 7000rpm before changing up a gear. A more audible exhaust than before provides added drama, with a fabulous burble at each gear change that is more in keeping with the car’s character.

The 6-speed DSG’s operation, especially during downshifts, is noticeably smoother than that of my Mk 5’s. The previous model tends to have those odd moments when it could not decide quickly enough whether to shift up or down, resulting in slightly rough gearchanges. Dynamically, the new car benefits from Dynamic Chassis Control (DCC), which is an adaptive damper control system that varies stiffness depending on road surface conditions, or driving style, or between “Sport” and “Comfort”. Left to its own devices, the suspension works perfectly well, providing a comfortable ride, plus the extra damping in extreme situations such as hard-braking or fast, tight cornering. Also part of the new GTI package is an electronically controlled braking system (called XDS) that mimics the effects of a limited slip differential. 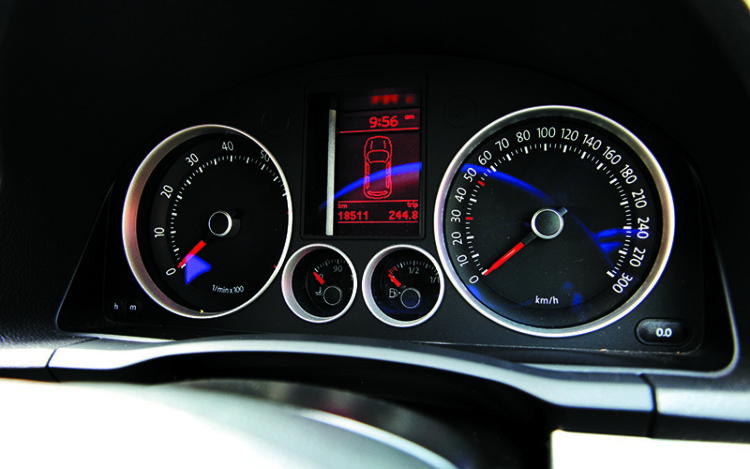 The old car was always a stupendous driving machine with sharp turn-ins, astonishing levels of grip, powerful brakes and extraordinary body control. DCC, and particularly XDS, has only enhanced these qualities. It is easier now to power out of tight turns without losing traction at the front. Even with ESP deactivated, XDS brakes the inside wheel, cuts off wheel spin and diverts the torque to the other driven wheel. The net effect is a tightening of the cornering line the way a mechanical LSD would do. It will no doubt be a boon on rainy days. 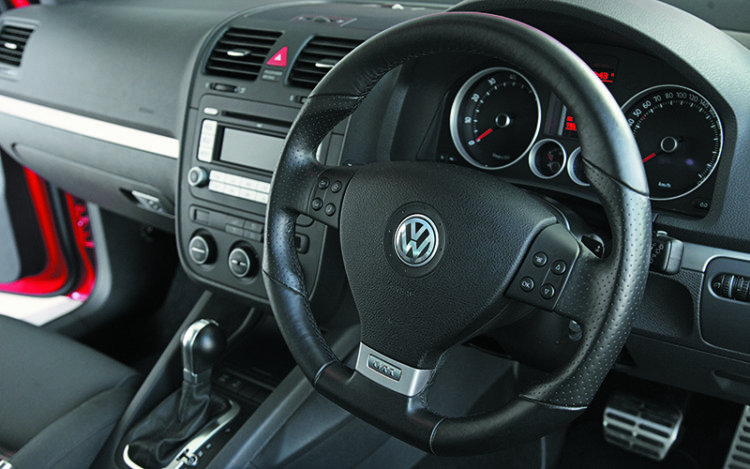 Dynamic prowess was never the only reason for the GTI’s desirability. Its overall build integrity, safety standards and Volkswagen’s attention to detail meant the GTI was always a quality product, even if there were some lapses in its 35-year history. 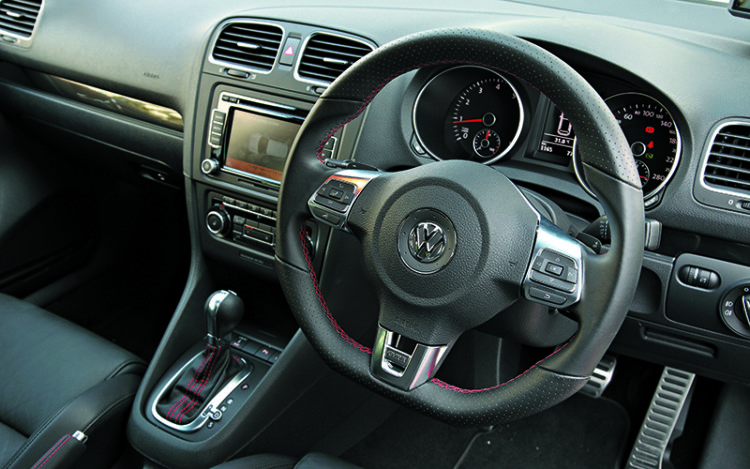 The Mk 6 is beautifully built inside and out. Apart from the gearlever and its surround, everything inside the GTI is new. The steering wheel controls are more neatly integrated and the centre console, with its touch screen display, is both ergonomically perfect and stylish. Chrome trimming around the vents, and instruments that might have looked garish and offbeat in the Mk 1, adds a touch of class to the dashboard. Leather is standard for the comfortable and supportive seats, and the driver gets electric adjustment, too. 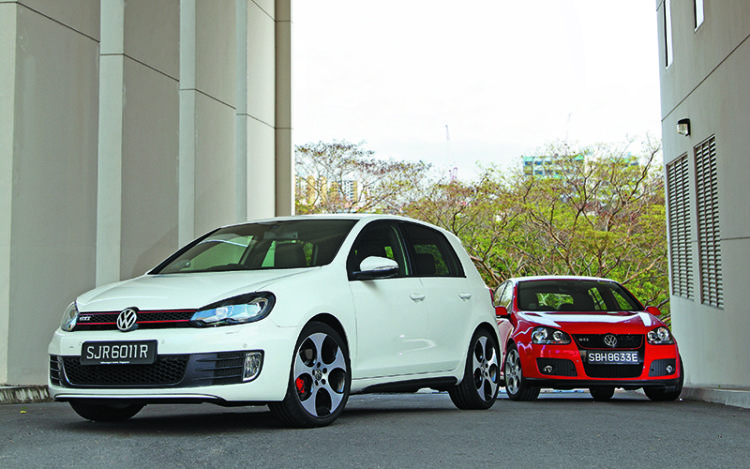 The latest Golf GTI delivers another huge blow to the competition. But does it tempt someone like me out of my 17,000km old but still feels tight like a drum Mk 5? I would love to have the Mk 6 GTI’s dashboard and the more extroverted exhaust system – but that’s about it. Yes, the Mk 6 is a fabulous car but my advice to anyone reading this is: If you don’t have a GTI, get the new one. But if you already have a Mk 5 GTI, keep it!