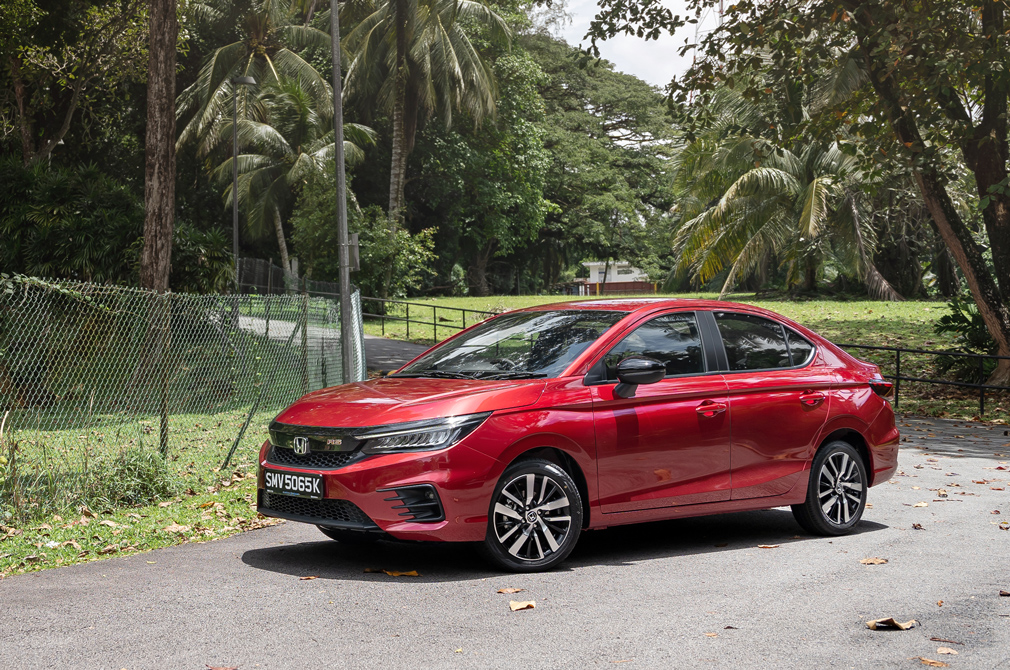 Cynical friends of mine frequently remind me that it does not matter how awesome a car is. “All that matters is the price. And how much car you’re getting for it.”

It is hard to argue with that. In Singapore, the majority of purchasing decisions hinge on price and value for money. This is especially true in the bread-and-butter segment, where the Honda City belongs.

The City is Honda’s entry-level sedan and as such, you would expect its price to reflect this. But the first three variants are priced from $89,999, while the RS model tested here starts from $97,999.

Does the City have what it takes to convince buyers? 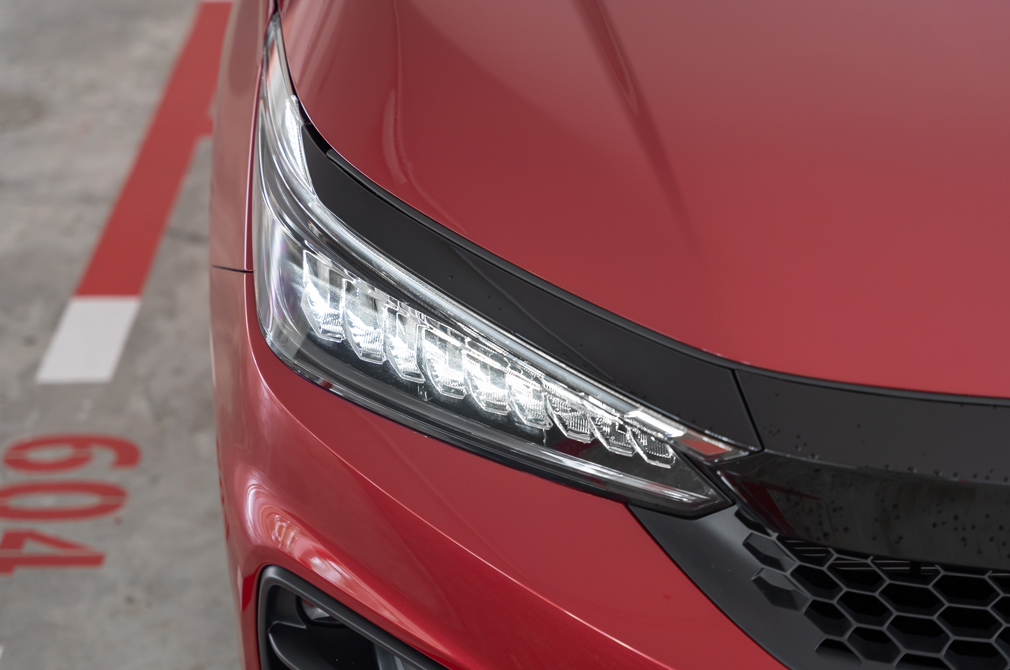 That the Honda City resembles the larger Civic and Accord models comes as no surprise. According to the carmaker, the aim was to “provide a high-quality and sophisticated sedan” that would appeal to customers who “want to be successful in life”.

This is the first time that Honda has given the City an RS variant. Previously, this sporty trim had only been available on the Honda Jazz.

To help the saloon stand out, designers gave it “RS” badges along with glossy black accents on the front grille and wing mirrors. The latter is now mounted lower on the doors instead of right beside the windows, thereby improving lateral visibility.

Speaking of visibility, the City comes with LED headlights and tail-lights as standard. 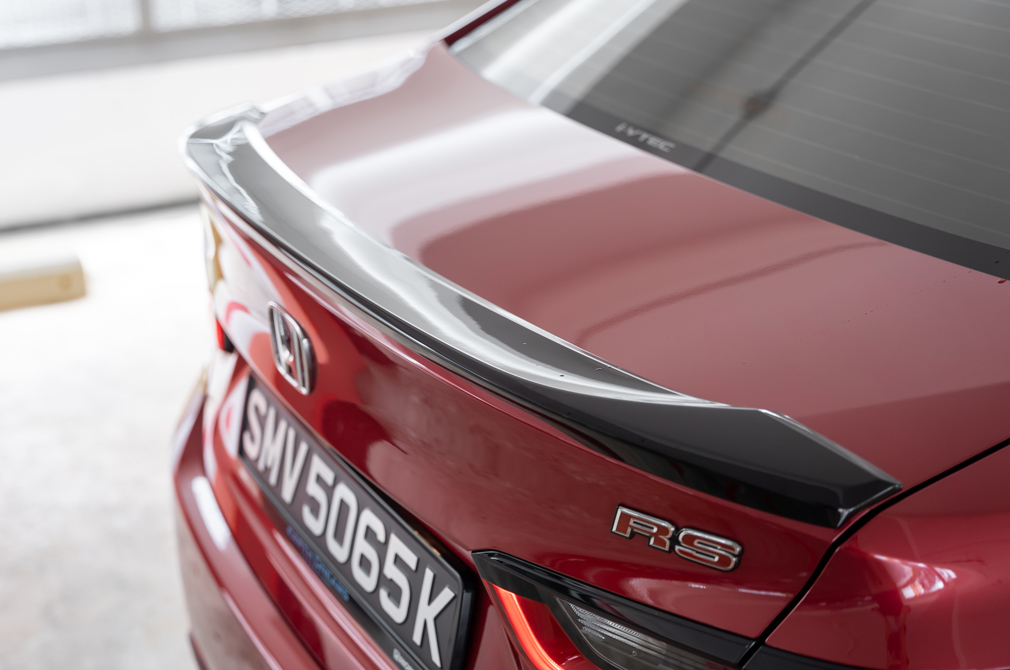 Compared to its siblings, the Honda City RS features body-coloured door handles, as opposed to plain chrome ones. It also has larger tyres – 185/55 R16 versus 185/60 R15 for the other variants.

These are okay. But it would have been more substantial if the City RS had rear disc brakes instead of drums, along with a set of high-performance tyres. Those would really add some zest to the car.

Inside, the Honda City RS has red stitching on the seats and steering wheel, alloy pedals and soft-touch pads. The meters are surrounded in red accents, too.

Speaking of instrument clusters, the latest one is much easier to read at a glance, thanks to the equally sized gauges. This is a welcome change from the older City, whose speedometer is larger than the tachometer.

However, I did find myself missing the secondary display in the previous model, which is bigger than the centrally placed one in the new car. 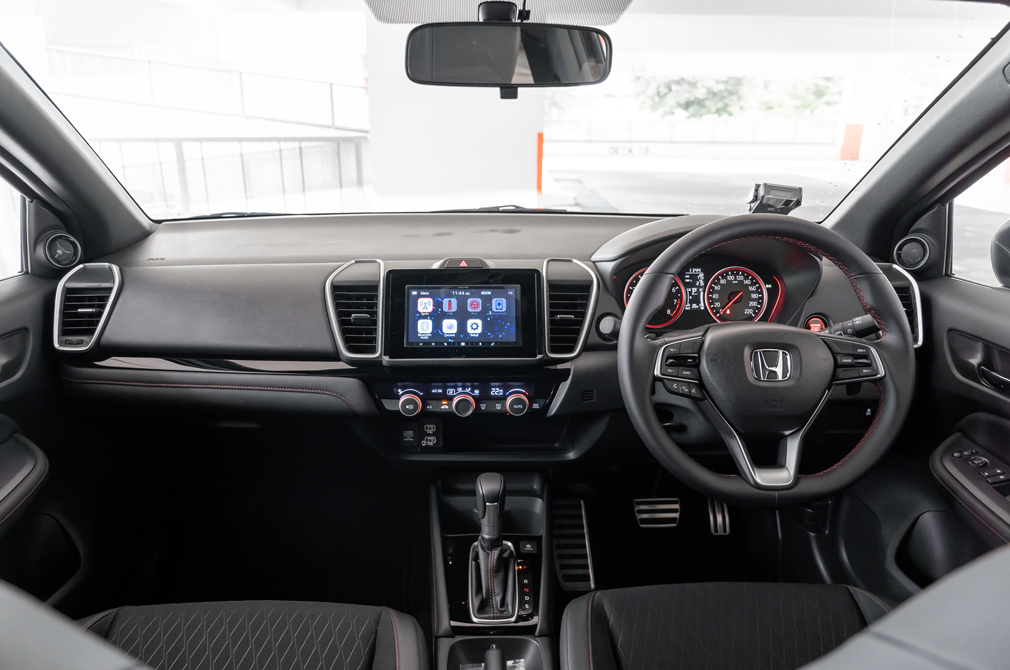 Outward visibility has been improved in the new Honda City, too. Apart from the more optimal placement of the wing mirrors, the dashboard is lower and flatter, which is great news for more petite drivers.

Practicality and convenience have also been increased, thanks to the larger door bins and relocated connectivity points, which are now higher and easier to reach. The car even has a remote start feature – handy for cooling down the car before you get into it.

There’s good news for rear passengers as well, who now have a roomier and comfier backseat.

The front seat backrests, which are slimmer than before, result in a slight increase in legroom. Occupants also now have a pair of air vents – a must given our climate.

Powering the Honda City is a 1.5-litre inline-4, which is good for 119hp and 145Nm. The engine’s outputs are similar to the preceding model’s, but the torque arrives 300rpm earlier than before.

On paper, the difference seems negligible. But in practice, the increase in low-end response is palpable. The car feels perkier at low to moderate speeds of up to 60km/h – in other words, city driving speeds.

You must push harder to reach expressway speeds, but this isn’t as annoying as expected. That’s because the CVT is now more refined – it feels less rubbery and doesn’t drone as loudly when pressed. 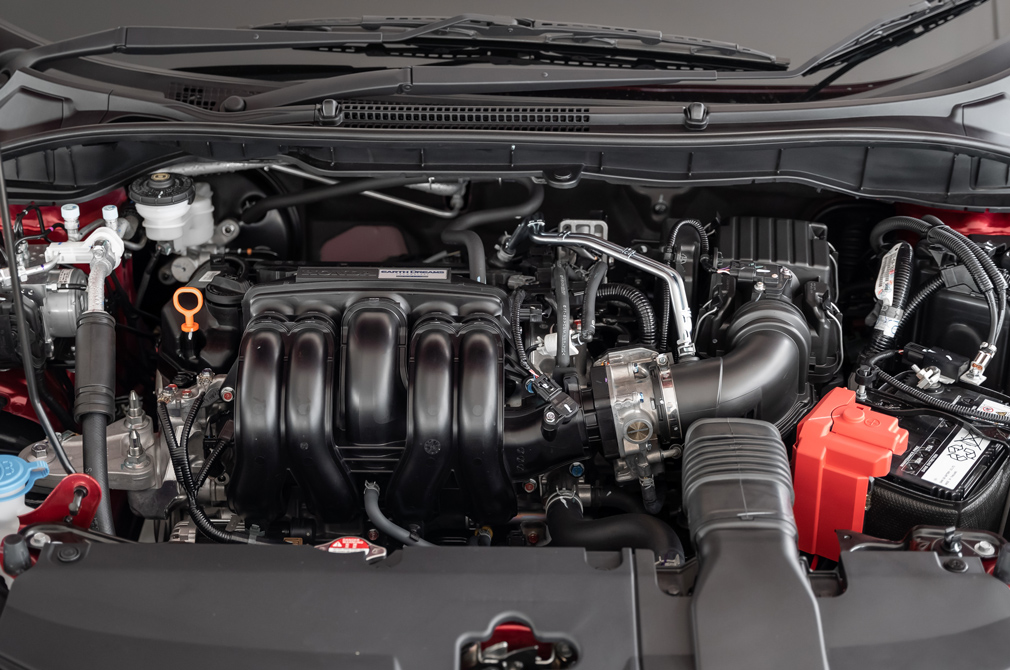 Efficiency has also increased from 17.5 to 17.9km/L. Not a drastic improvement, but better nonetheless.

What’s not clear, however, is whether the latest Honda City is actually quicker than its predecessor, which takes 11 seconds to clear the century sprint.

Official agent Kah Motor, citing instructions from its principal, declined to provide figures. My best guess is that it is similar to before.

While it is hard to say if the new City is quicker, there’s no doubt that it definitely handles better.

Chalk this up to its stiffer chassis, which contains more high strength steel. Add a more accurate helm and the result is a car that’s “pointier” and more enjoyable to drive.

To complement this, the Honda City’s damping is now firmer. The previous City’s soft and pliant suspension made it more susceptible to body roll, but this is now better controlled. 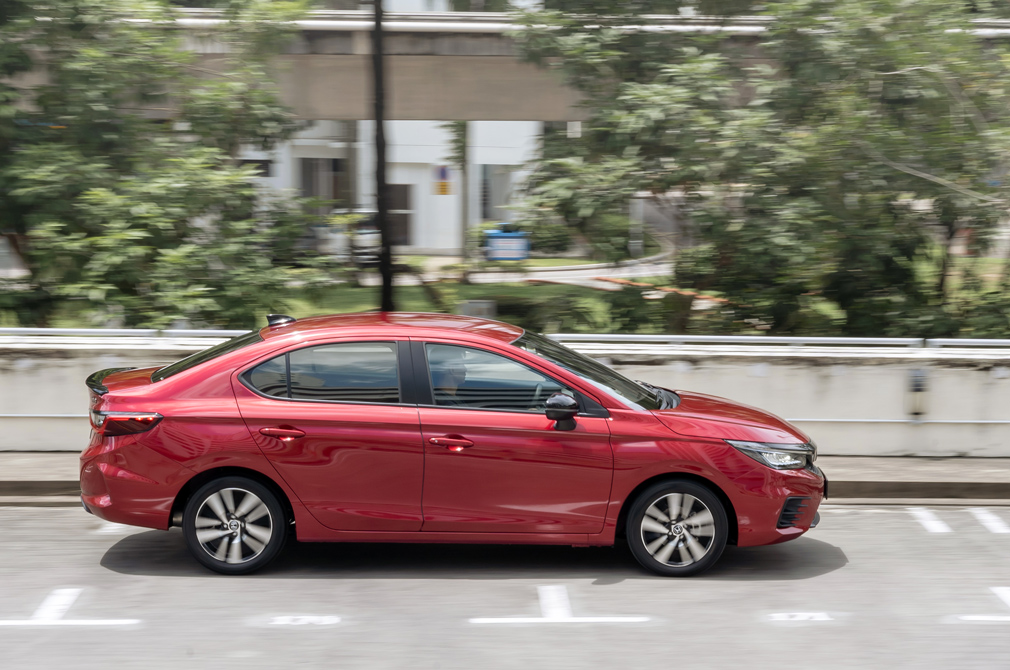 The Honda City offers a nicer drive, better handling and more refinement. But it commands a premium.

And as prices increase, so do expectations.

In the new car market, $97,999 is not a huge sum of money. But in the entry-level segment, this is expensive.

For the same price as the Honda City RS, there’s the base Civic, which is not only in a segment higher, but also roomier and more refined. Other options at this level include the Hyundai Avante, Skoda Octavia and Mazda 3.

Loyal Honda customers may not need much convincing. But for everyone else, all that matters is the price – and how much car they are getting for it. 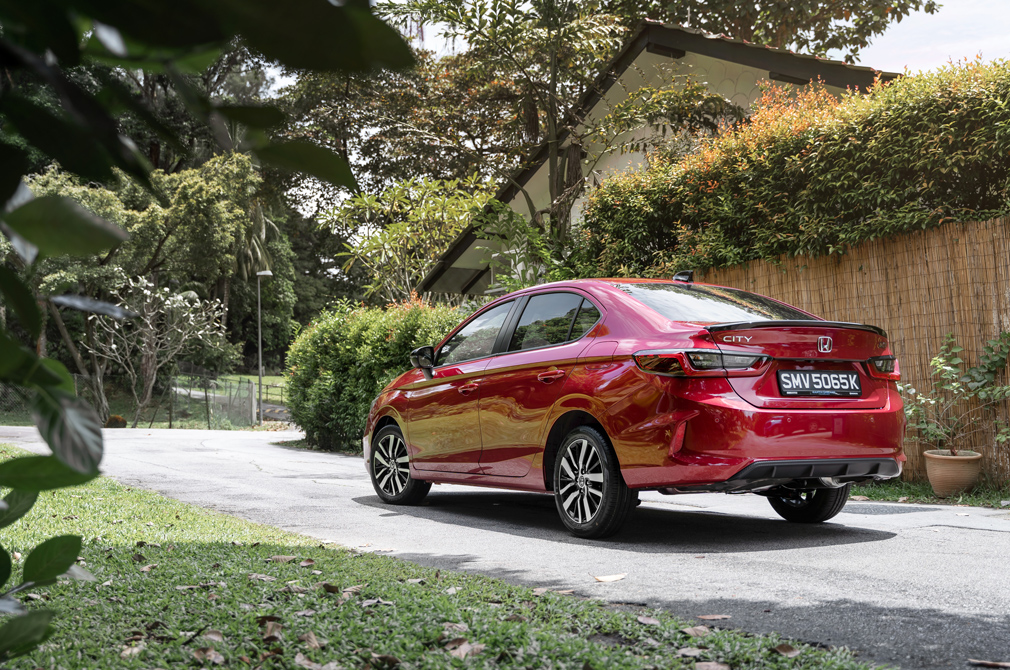