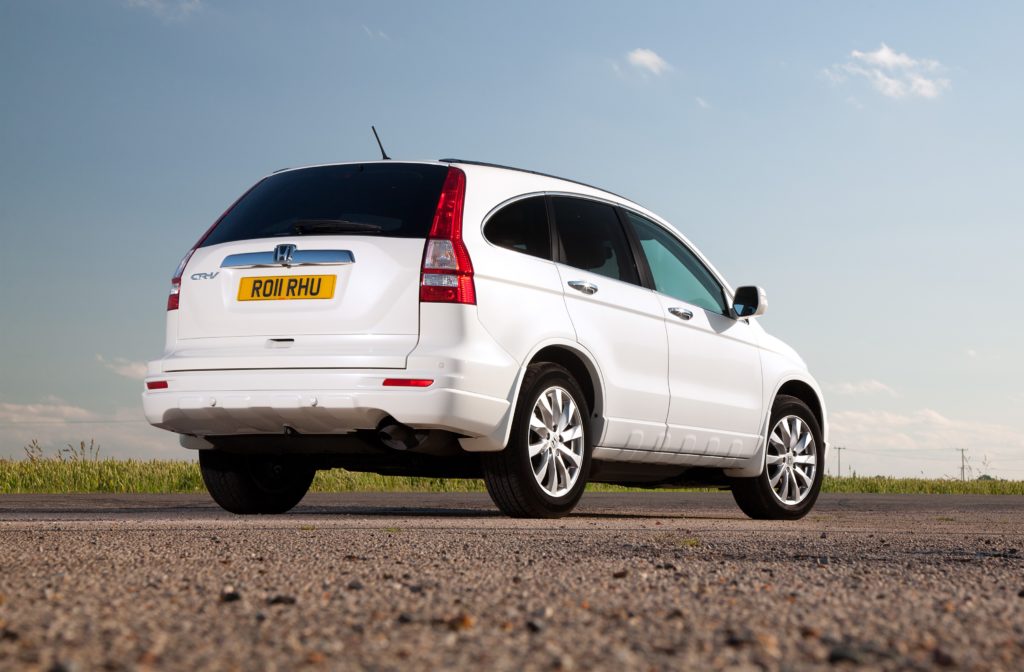 Like the Mazda CX-7 of the same era, the 2007 Honda CR-V belongs to a new breed of boldly styled and decently priced SUVs to tempt you to trade in your two-year-old saloon. For those who baulk at the prospect of feeding the 2.4-litre Honda’s potential thirst, you might want to consider the smaller-hearted 2-litre version.And unlike Suzuki’s bargain 2-litre Grand Vitara, the entry-level CR-V retains its SUV cred by keeping the real-time 4WD drivetrain.

The CR-V 2.0 does without large rims and the bodykit of the bigger-engined version. Inside, occupants make do with an aftermarket head-unit, no electric seats and no moonroof. The lack of xenon high-intensity discharge headlights is sorely missed at night, as the halogen units on the 2-litre emit a feeble orange glow in contrast to the 2.4’s trailblazing peepers.

While the CR-V’s jut-jaw face polarises opinions, it helps the car stand out from the crowd. Some folks even detect a hint of the BMW X5’s profile in the Honda’s side styling.

This vehicle is put together with the same cohesiveness as its 2.4-litre sibling. On the move, the car exhibits saloon-like levels of body control, without the wallowy sensation of many “soft-roaders”.

While the 2.4 is hooked up to a hydraulic power steering system, the 2.0 gets an electro-mechanical setup. Weighting is a bit on the light side. The brake pedal offers a good, solid feel, and is easily modulated under braking.

It’s the moving off from standstill that shows up the smaller engine. It has 150hp and 190Nm, compared with the 2.4’s 170hp and 218Nm. But once it has gained momentum, the CR-V gets into a comfortable stride. Even so, you detect differences in performance during overtaking and when powering out of corners.

The smaller and lighter 17-inch wheels on the 2.0 (versus 18s on the 2.4) help mitigate its slender muscles. The smaller diameter also affords a quieter and more pliant ride.

The car’s biggest plus point is its fuel consumption. In real-world driving, involving highway and urban progress, over a full week and with a full tank, the 2.4 was only able to eke out 8.8km per litre on average, and this was achieved with an uncharacteristically light foot. In contrast, the 2.0 averaged 11.5km per litre easily, despite enthusiastic driving. A big improvement over the 2.4, considering only 357cc separate the two.

The 2-litre CR-V’s bundle of looks, drive and fuel economy means it presents an affordable alternative to one who appreciates the styling of the Honda SUV, but not the 2.4’s running costs.