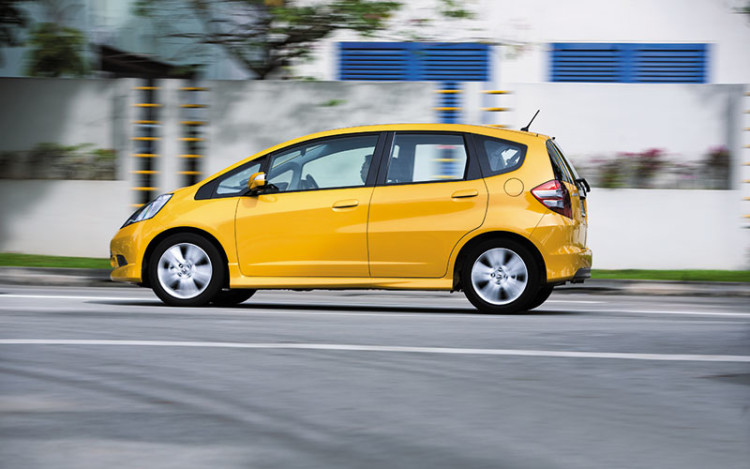 Apart from some “inconsequential” differences, such as the 80bhp and 500cc deficit – not to mention the $20,000 in savings – the Honda Jazz 1.5 can be quite a good alternative. Especially for those who really like the design of the Civic Type-R (CTR), but prefer to spend less, go a little slower and need the five-door format.

Cosmetically, at least, the Jazz 1.5 bears some resemblance to the heralded hot hatch. The basic monospace silhouette sure looks like the Civic hatchback.

But on top of that, the 1.5 sports racy-looking bumpers with integrated fins, and diffusers that look suspiciously CTR-inspired, too (they could have gone even further by borrowing the triangular exhaust exits).

The 16-inch alloys also set off the right stance for the car, complementing the concept perfectly. 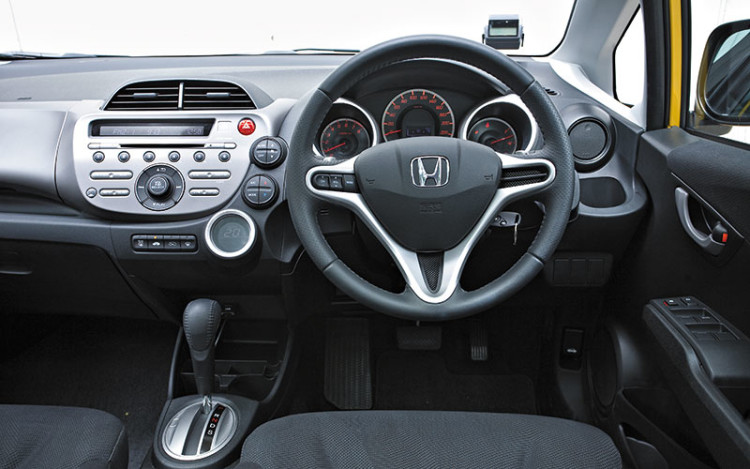 Being factory-fitted, the overall look is not only sporty but also very coherent, not to mention well put-together – which cannot be said for some of the aftermarket efforts slapped on the Jazz/Fits already on the roads.

The cabin, while similar to the 1.3 tested two months ago, carries more tasty features – like the digital climate control, with a cheeky oversized temperature display, and a glass roof that offers true panoramic view of what’s above.

Riding in the back, as the car made its way through an Orchard Road that’s extravagantly lit for the festive season, proved to be especially exciting. The integrated sound system, while not actually better acoustically than the Alpine single DIN system on the 1.3, looks really good on the dashboard. The ability to handle multiple formats, including a USB interface for MP3 junkies, is a definite plus.

Those looking to the 1.5 as a quasi-Jazz Type-R of sorts, though, will probably be a little disappointed.

Like the 1.3, the engine features clever valve-timing trickery (for both power and efficiency) and is paired to a 5-speed automatic, complete with steering-mounted shift paddles, which are always good to have for enthusiastic driving.

But the controls are muted in terms of meaningful feedback. It’s a capable and safe handler, rather than an absolutely inspired one. 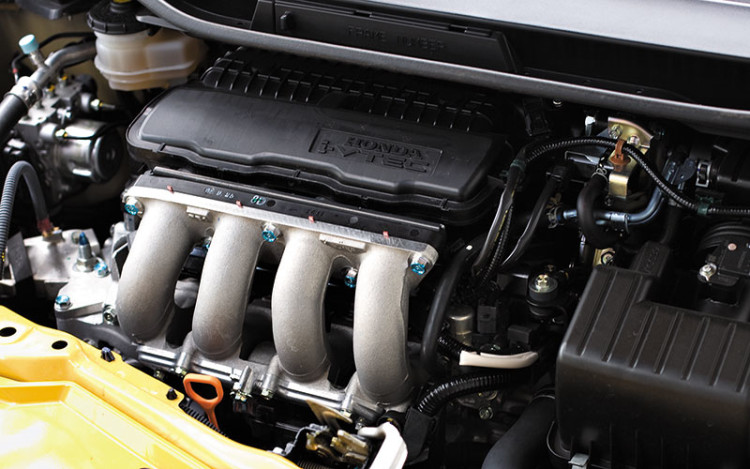 Even though it can take a fair bit of hustling around, the car never really responds with the enthusiasm that says it is loving it.

The engine also doesn’t deliver the fireworks to liven up the drive. It revs freely enough towards the 7000rpm redline but the accompanying soundtrack suggests that it prefers a gentler right foot.

Where the 1.5 does well – apart from its long list of toys that can be fiddled with – is how it uses the extra displacement over the 1.3 to shift passengers and cruise a little more effortlessly.