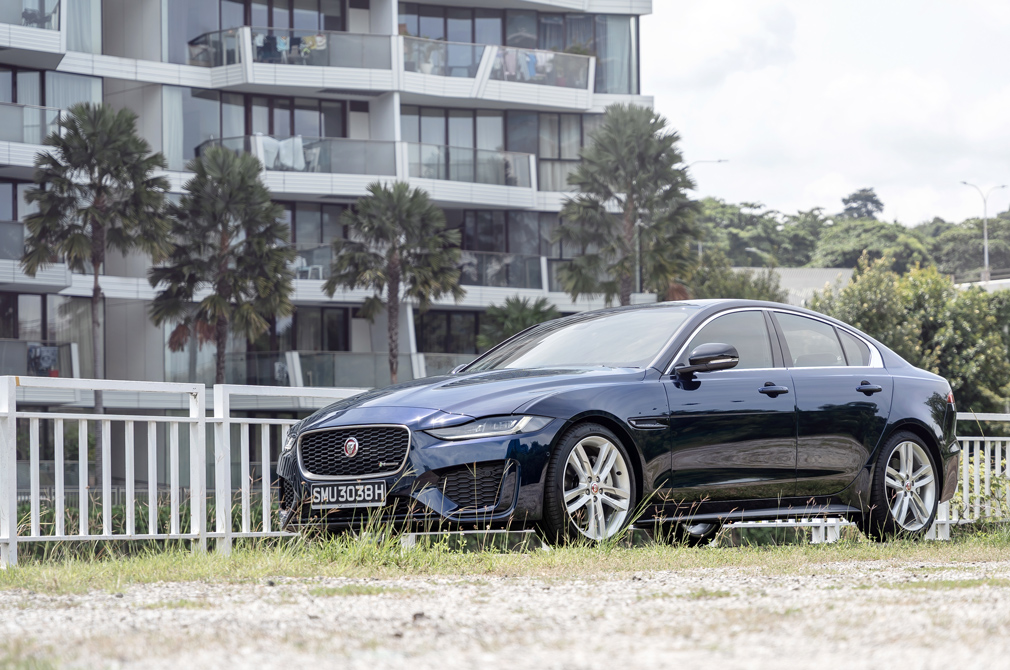 Ask anyone in the market for an executive saloon what he or she is considering, and they will usually mention one of the three German brands.

The Audi A4, BMW 3 Series and Mercedes-Benz C-Class are the most popular and typical choices for an executive sedan. A few years ago, this list might have also included the Lexus IS.

Now, the Jaguar XE is not a rare sight on our roads. But for some reason, it does not seem high on the “desirability list”. Perhaps it has to do with the fact that the XE is not known for having a particular character. At least not recently.

Audis, for instance, are associated with technology, BMWs are known for their drivability (and increasingly, advanced features) and Mercedes is known for comfort and refinement.

What does the Jaguar XE bring to the table?

The XE, with its sweet handling, is closest in character to BMW. It is the “other” sports saloon for drivers who wish to stand out in a sea of German models. 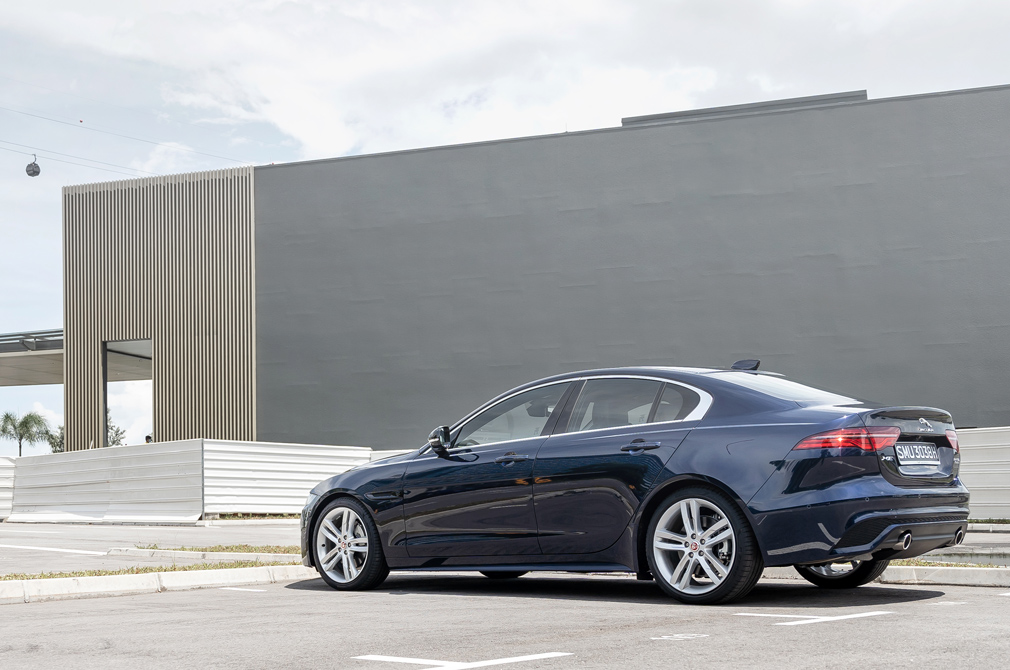 The Jaguar XE has always had a handsome, restrained design, so there were no drastic changes to the exterior.

A new front bumper, grille and LED headlights complement the XE’s low and wide stance, making it look more aggressive than before. The car also features new side skirts.

At the rear, new tail-lights with chicane-inspired lines and dual-exhausts make the car look more dynamic than before. Previously, there were twin exhausts mounted on one side. 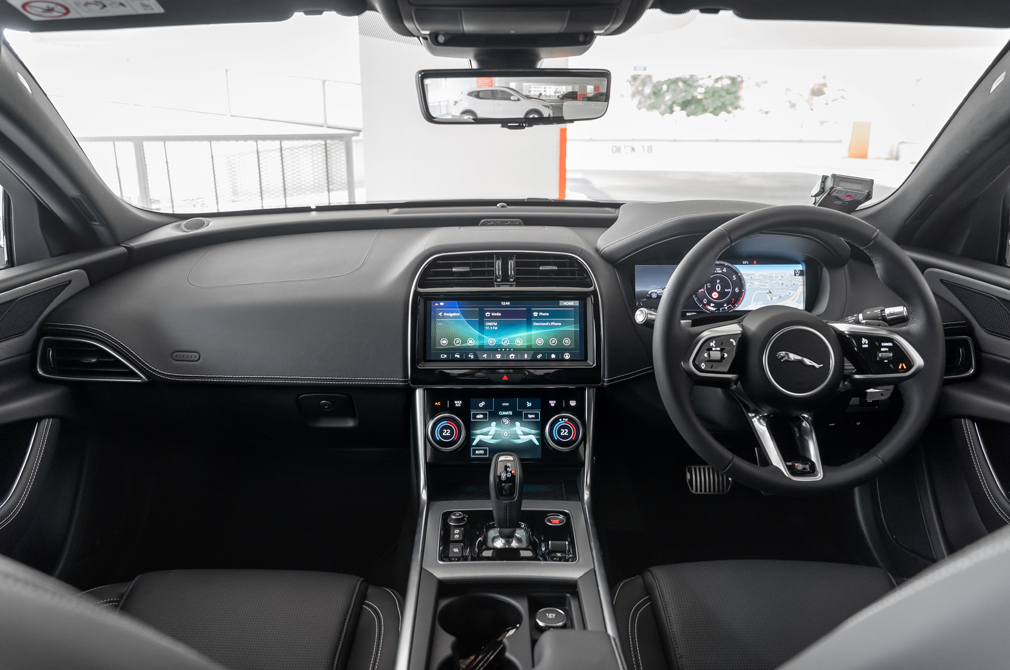 Most of the upgrades to the Jaguar XE are seen and felt in the cabin. The new materials used are softer and feel like they are of a higher quality. This helps address the plasticky feel of the pre-facelift model.

More attention has also been paid to the driver and this has resulted in a nicer cockpit.

The Jaguar XE now has the same steering wheel, instrument panel and infotainment system found in its all-electric I-Pace. And the gearshift lever and driving mode toggle are now identical to the ones in the F-Type sports car.

Apart from being chunkier and nicer to hold, the steering wheel’s controls are also neater and more intuitive. Gone are the analogue gauges from the older model – in its place is a 12.3-inch digital instrument cluster called the Interactive Driver Display. 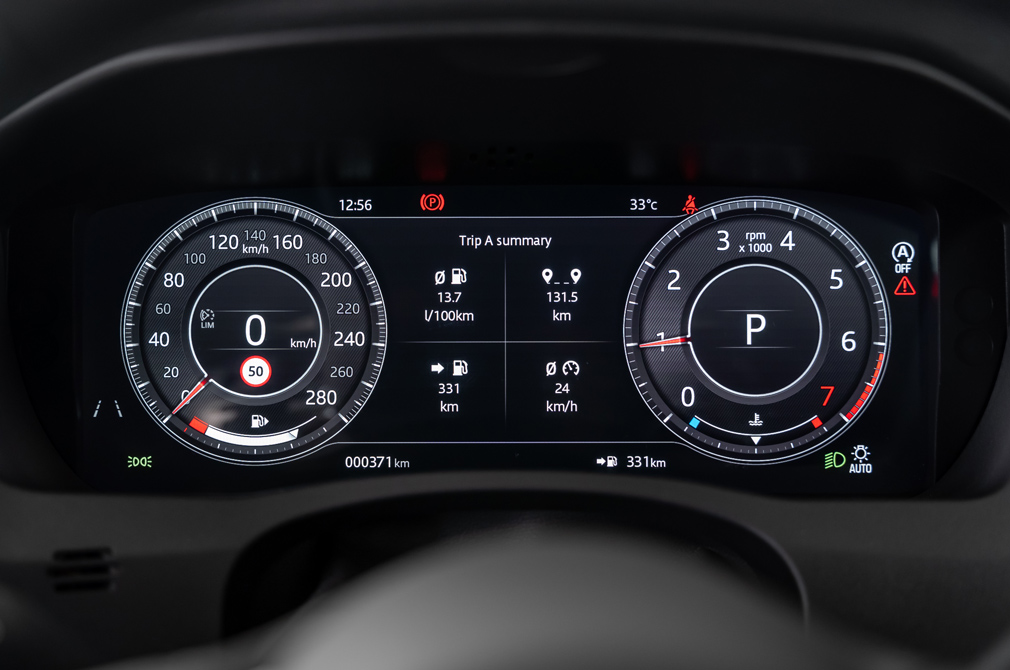 To the left of that is the Touch Pro Duo infotainment system, which offers a customisable menu. A smaller secondary panel offers additional controls for the air-conditioning.

The latter looks cool and is neater than the numerous buttons on the pre-facelift model. But when it comes to climate, a more direct approach is better than having to scroll through a screen.

That said, my biggest problem was that the system’s throughput did not feel cold – even with the temperature set to 20 degrees.

It could have been a fluke, but only when I dropped it to 19 degrees did the compressor seem to kick in and cooler air start to emerge. 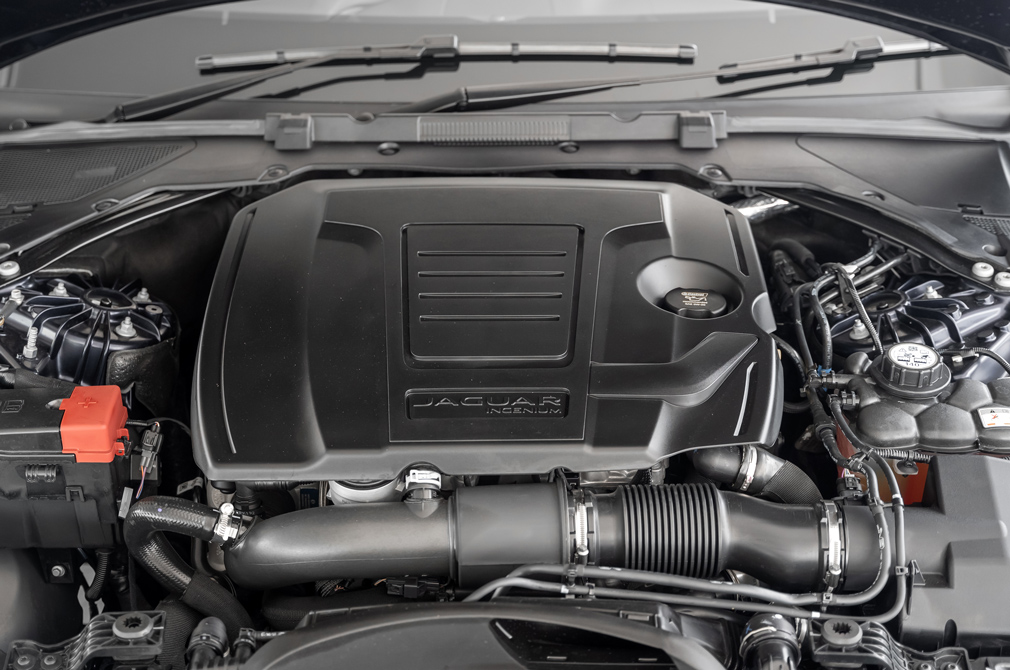 Jaguar XE now packs 50hp and 85Nm more than before, which makes it feel more urgent when pressed.

JAGUAR XE NOW HAS MORE HORSES IN THE STABLE

With this update, the latest Jaguar XE now boasts an additional 50hp for a total of 247hp. Torque has risen by 85Nm to a stouter 365Nm.

More importantly, the torque is available across a wider powerband, between 1300rpm and 4500rpm. Previously, it was available from 1750rpm to 4000rpm.

With more firepower, the XE now completes the century sprint in 6.5 seconds. And its mid-range definitely feels meatier, giving the car “longer legs” for cruising.

Corners, however, are the Jaguar XE’s forte. Its accurate steering transmits your inputs to the nose, which confidently tucks into all manner of bends. 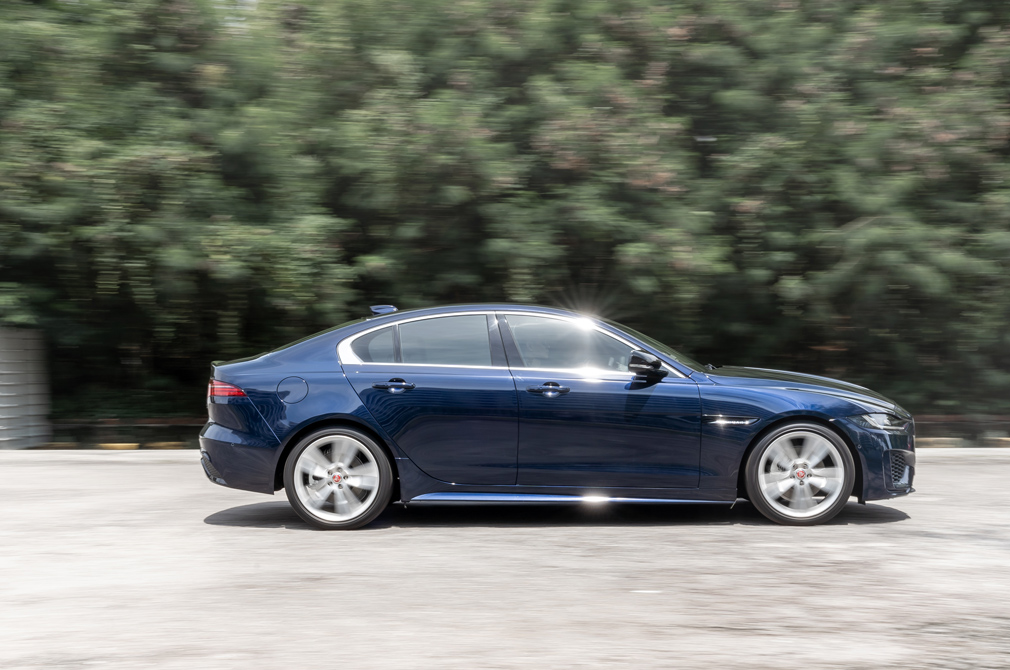 Balanced, progressive and nimble are the words that spring to mind in this regard. Communication between the car and the driver is good – you’ll find yourself flowing from one corner to the next with ease.

Could the XE be nimbler? Yes, if it were lighter. Despite the aluminium architecture, it weighs in at 1611kg. This is where the extra power and torque really help.

What I was looking for was a meatier brake pedal feel. Even before you apply any pressure, it feels soft and almost feathery. A stiffer feel would have been much appreciated.

The new Jaguar XE is punchier, more agile and more technologically advanced than the older model. I admire the restraint in the execution of the design changes. There is something gentlemanly about it.

However, these traits seem to go unnoticed by many buyers. Maybe their field of vision is narrow when it comes to choosing executive saloons.

Or perhaps “gentlemanly restraint” is just unappealing the majority, who want a car that shouts a little louder. After all, an executive sedan is also a reflection of its owner’s success.

But for those who prefer an understated approach to sportiness, it’s good to know that you won’t have to look far to find it. 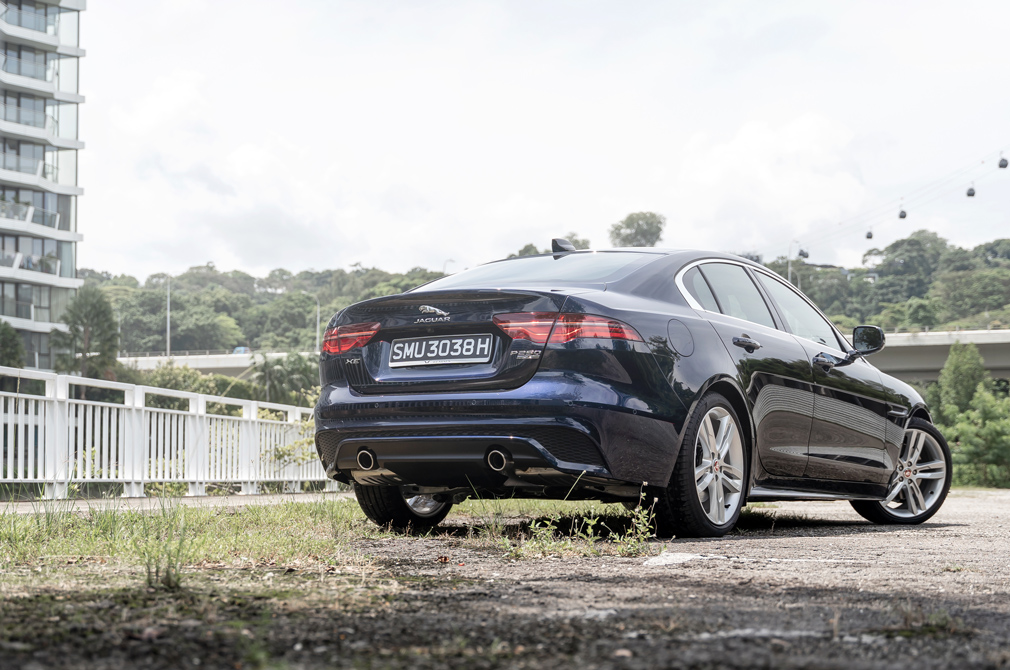