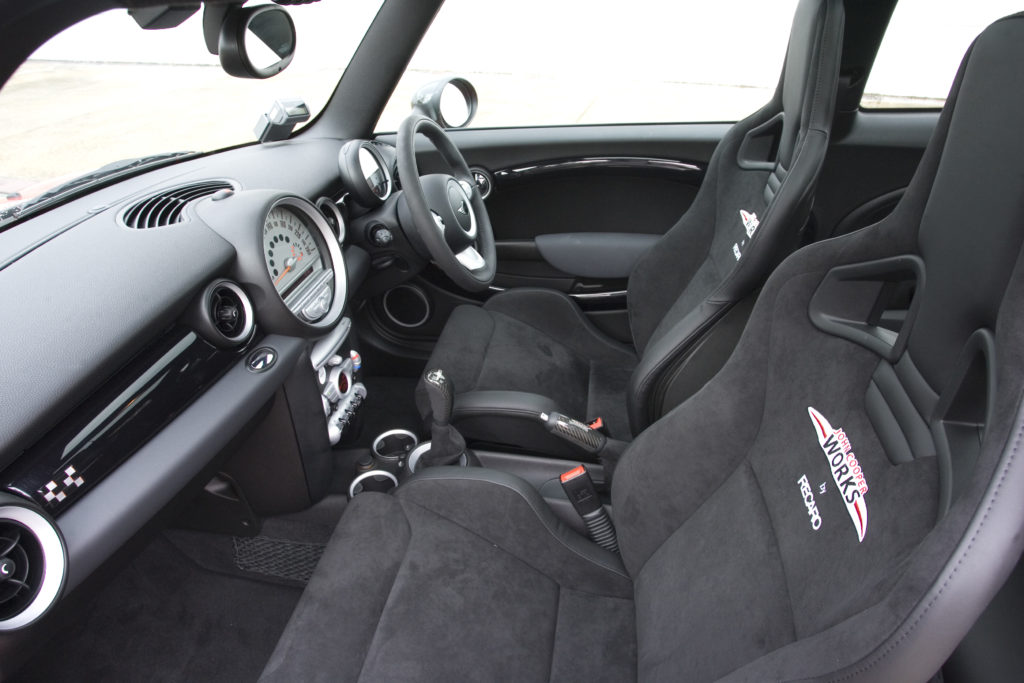 There’s no such thing as a subtle missile in the military world. Missiles are designed to destroy and they look the part – all aggressive fins and wings, brandishing a thunderous turbojet in the tail and a serious warhead in the nose.

The MINI Cooper S John Cooper Works, or MCS JCW for short, also packs an explosive warhead and jet-propelled performance, but it looks subtle by missile standards. By hot hatch standards, however, it’s pretty noticeable if you know where to look.

A bespoke bodykit, new lightweight 17-inch wheels, a bat wing-style roof spoiler, and carbon fibre mirror housings and air inlet are the most obvious modifications. Enthusiasts would also spot the upsized brake discs, red-coloured brake callipers and “baby bazooka” twin tailpipes. They are a little larger than the original set on the standard Cooper S and significantly louder, too, thanks to the naughty new exhaust system.

Generating those exhaust gases is an engine on steroids. It’s still a 1.6-litre 4-cylinder, but it’s now furious rather than just fast, thanks to a raft of changes that include a bigger turbocharger, stronger components and an increase in boost pressure from 0.9 bar to 1.3 bar. Power has been boosted by over 20 percent, from 175hp to a mind-boggling 211hp, which equates to a specific output of 132hp per litre, even better than the highly tuned Nissan GT-R. Best of all, the JCW is an official factory mod job, so its warranty is secure and its mechanical reliability is a safe bet.

Inside the cockpit, a perfectly supportive pair of John Cooper Works-branded Recaro sport seats take pride of place, accompanied by an unusual carbon fibre-clad gear lever and a revised speedometer that reads to 260km/h instead of the stock 240km/h. It heads there in a hurry, of course, taking just 6.5 seconds to rush from standstill to 100km/h, which is reached right at the end of second gear. Shift into third and the car can scoot to 140km/h without missing a beat. Three more gears to go and godspeed.

The JCW sounds good, too, especially from the outside. As the engine revs and roars, the exhaust pops and crackles like some racetrack refugee, making the driver smile like a mental patient newly released from his straitjacket. He’ll need both arms, by the way, to manage the car’s torque-steer when it charges over uneven asphalt, but this characteristic is entertaining rather than threatening.

Press the little “Sport” button and this road rocket goes from racy to crazy. Throttle response becomes trigger-happy and the steering feels even sharper, which is great for boyracers who want the full-on JCW experience. They would also appreciate the car’s Electronic Differential Lock Control, a clever “cheat” that brakes a spinning front wheel to improve traction out of tight turns. Like the carried-over Cooper S suspension, it gets the job done.

So the latest John Cooper Works edition of the MINI Cooper S works very well on the road. The way it drives is definitely worth an extra $20k. The only problem is that this newcomer actually commands a $31k premium over the stock model. 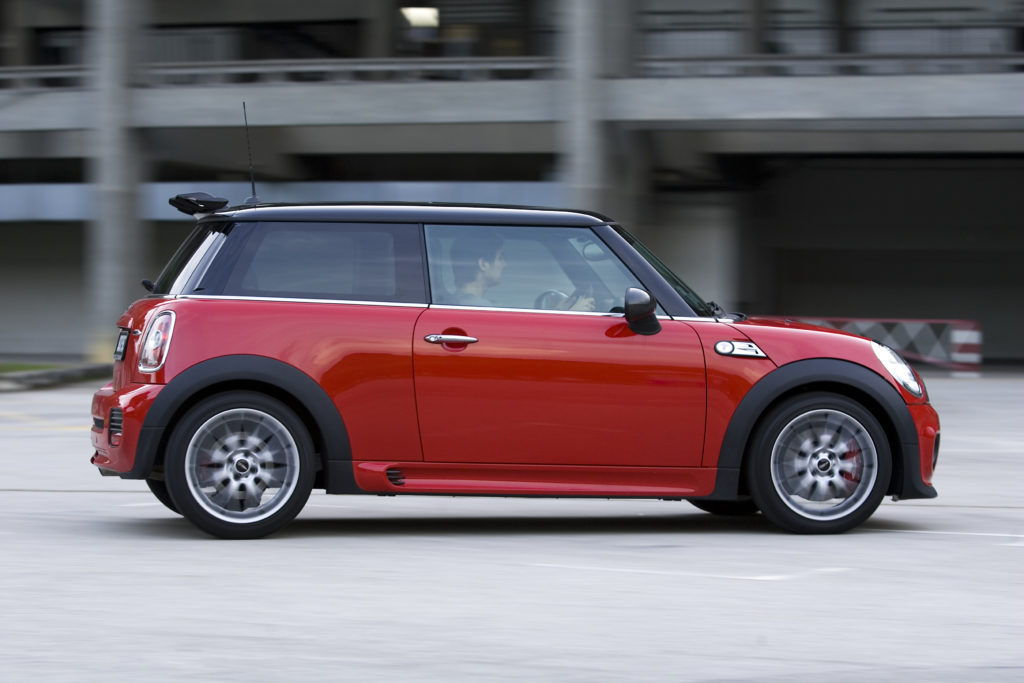