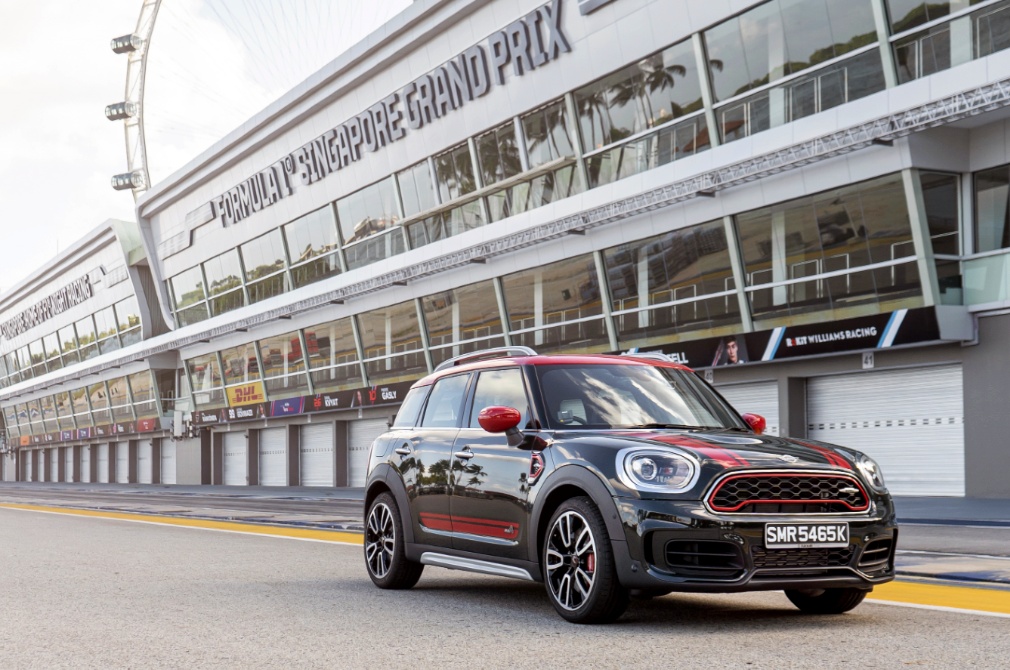 If you love seeing and being seen in a MINI, then perhaps the Countryman is your best bet.

The MINI Countryman is the biggest MINI available today. And for 2020, the MINI JCW (John Cooper Works) Countryman gets a major update in the power department.

Which, to feed our appetite for all things fast, does enough to justify its existence. And in Countryman form, feeds the needs of many buyers. 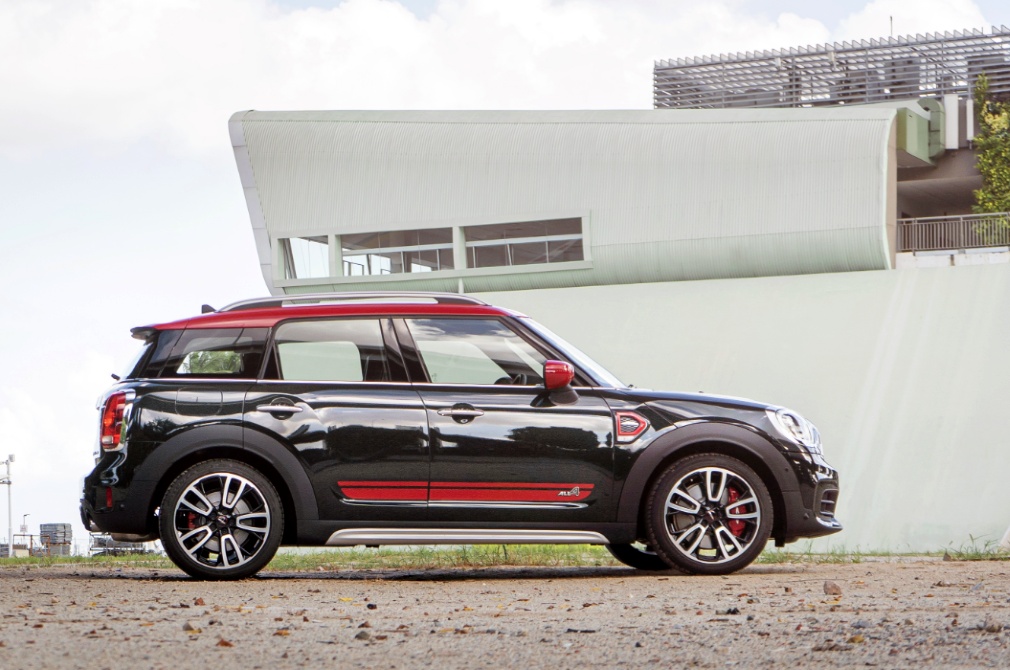 When MINI launched the first-generation Countryman in 2010, it was, and still is, a big shocker. Upsized in almost every possible way, the cute and chic MINI design never quite matched the car’s sizeable footprint.

The second-generation Countryman is far from its pudgy predecessor. It also takes a step away from its siblings, with angrier-looking headlamps and a sharper snout that encompasses its grille.

The JCW treatment gives the Countryman bigger air intakes, bigger wheels, red accent highlights and JCW badging at every corner. There’s quite a bit of strength showcased in its sheet metal, indeed. 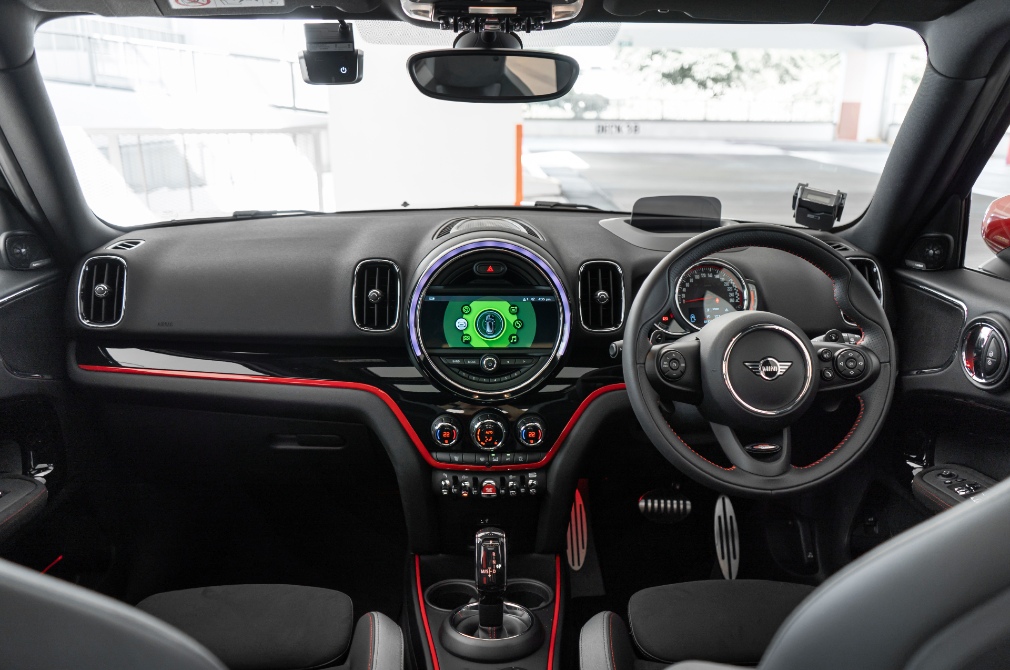 Red accents and JCW badges are a sporty touch.

YET IT’S STILL A MINI INSIDE

Step inside and the MINI JCW Countryman feels every bit like how a MINI should.

While stylish, it still manages to keep a lot of creature comforts within easy reach. Buttons and switches feel expensive, and the new BMW-esque gear selector certainly adds to that impression.

Again, there’s a barrage of JCW reminders here. But there are two we especially like: The comfortable JCW Alcantara sports seats that offer plenty of butt-grip, and the chequered flag motif on the speedometer past 200km/h.

But the biggest take home from the MINI JCW Countryman is space. Lanky adults will have little to complain about, for the rear bench can slide and recline, offering a more comfortable seating position for passengers at the back.

Adding to that is a reasonably sized 450-litre boot. Its wide aperture offers much easier access, allowing larger sized items to fit without much fuss. The biggest change in the updated MINI JCW Countryman is more power.

It is no small power bump, mind you. The reworked turbocharged 2-litre powerplant now pushes out a massive 302hp and 450Nm of torque.

That’s a good 74hp and 100Nm more than the previous JCW Countryman, which wasn’t a slow car by any fair margin.

Power is sent to all four wheels via an 8-speed torque converter automatic. Push it hard and MINI JCW Countryman will do the century sprint in 5.1 seconds.

To put those numbers into perspective, the MINI JCW Countryman is faster than the 3-Door MINI John Cooper Works by a full second. 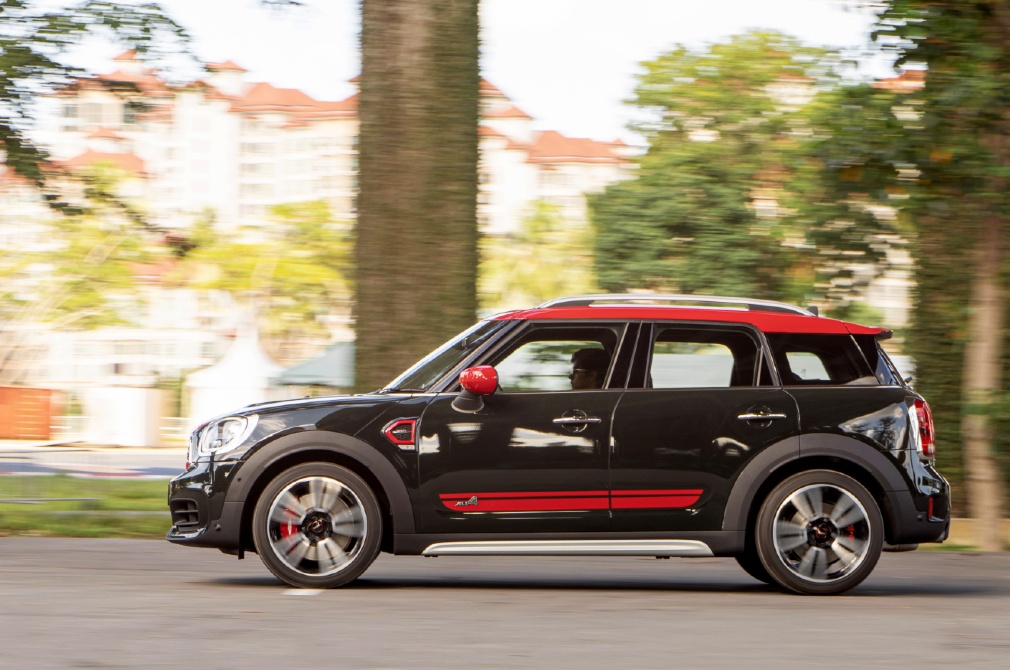 And if the horsepower and torque figures sound familiar, that’s because the engine shares the same components found in the hottest compact BMWs, like the M135i, the X2 M35i and the M235i Gran Coupe.

Flick the drive mode toggle to Sport, put your foot down, and there is no denying how quick the MINI JCW Countryman is.

Shifts get more aggressive, accompanied with a throaty and sonorous soundtrack as you build the revs.

There aren’t significant pops and bangs out of the exhaust, but the car still offers a lot of that JCW performance and character we’ve come to know and love. This makes it easier to forget that you’re in a near 1.7-tonne crossover.

That said, chuck the JCW through a series of bends and there’s no defying the laws of physics. 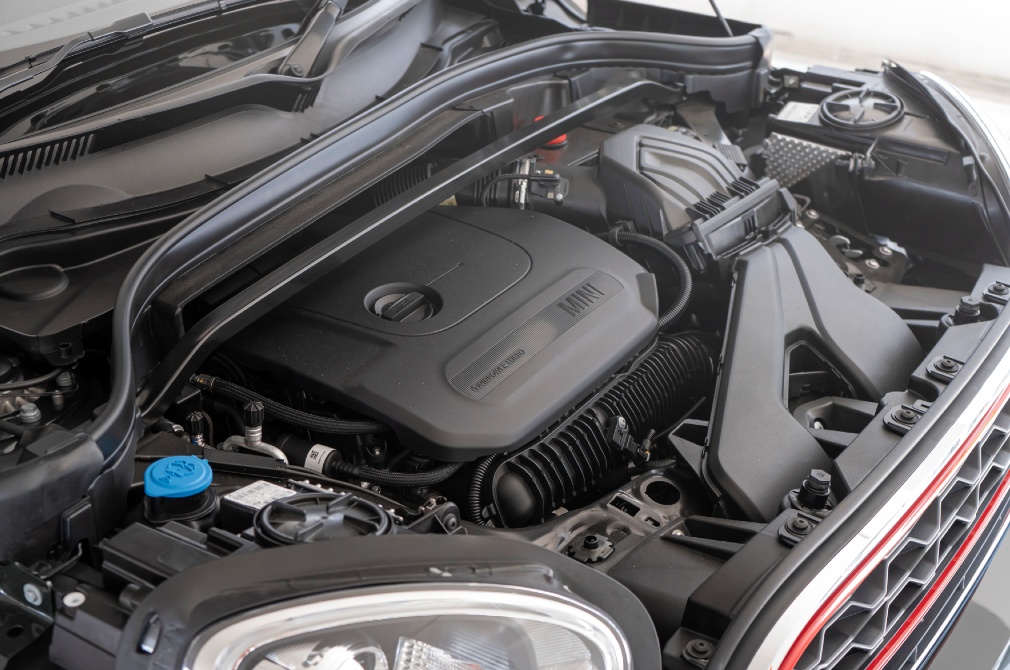 Turbocharged 2-litre now pumps out an additional 74hp and 100Nm, and gives the JCW Countryman even more kick than before.

Still, it is not too shabby a handler for a crossover.

Thanks to the well-weighted steering wheel that offers good feedback, and ample grip from the tyres, the car is far from uncontrollable, even when the traction nannies kick in to remind you you’re at the limits of adhesion.

If you’re scaring your passengers too much, flick the toggle to Green. The dampers will soften up and the exhaust valve will close. It becomes your civilised Countryman, coasting quietly with no drama. 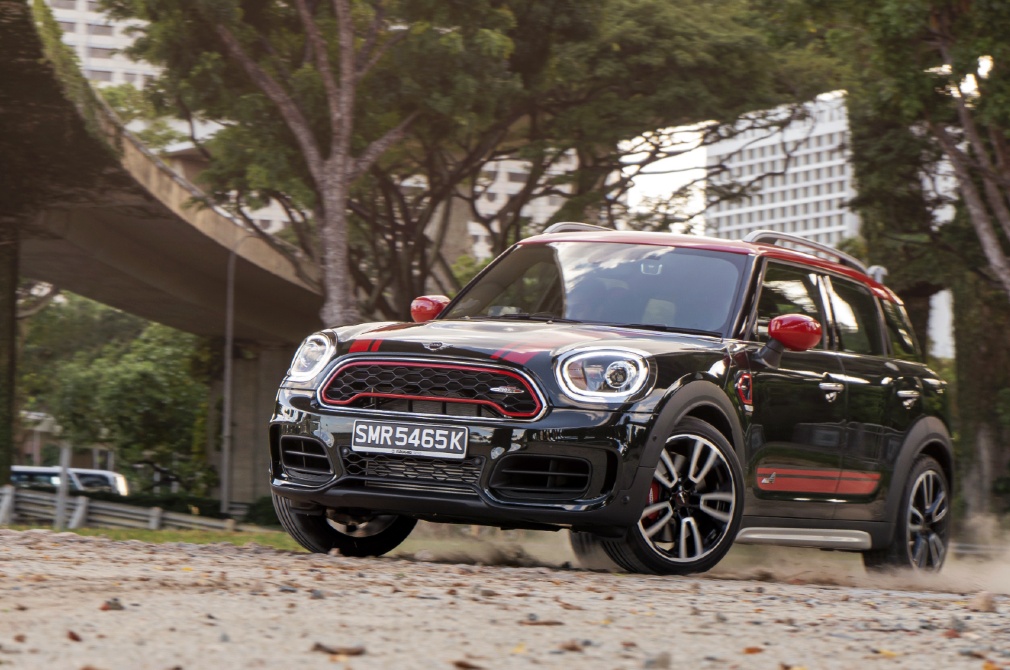 SHOULD I GET ONE?

The MINI JCW Countryman is a big MINI with big space and big power. It is also quick and handles relatively well. So, what’s not to like?

But if you’re in the market for a fast crossover, nothing comes close at this price.

So, the MINI JCW Countryman gives you quite a lot of power for your dollar. It looks good, drives really well and comes with healthy dose of practicality. There’s nothing quite like it. 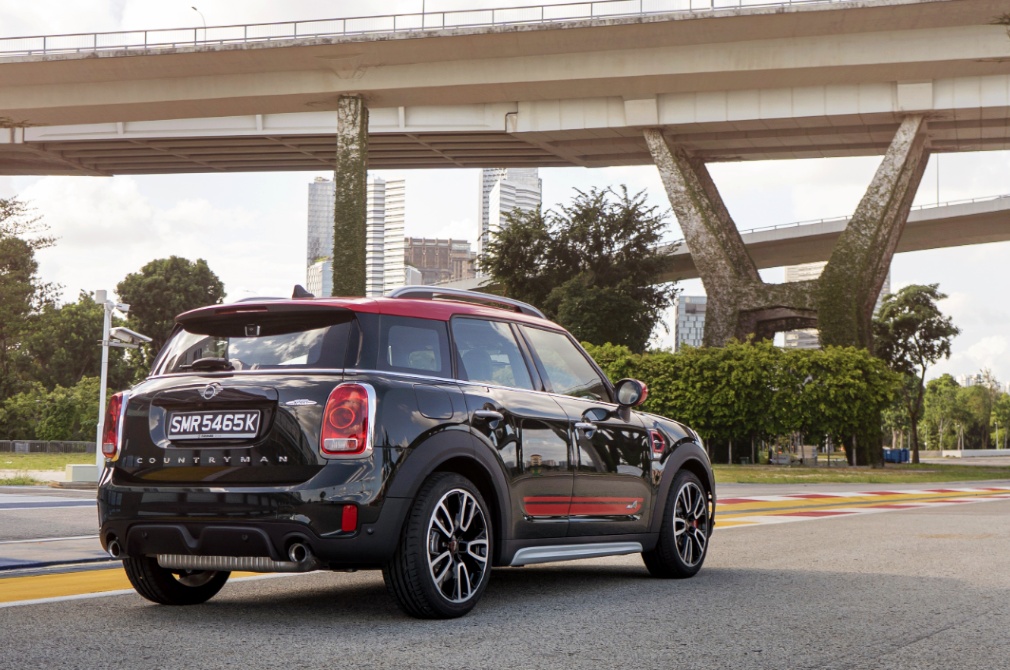