Unless you are an avid Renault fan who is very familiar with all things Renault, you will miss the slightly refurbished showroom at Leng Kee Road and other changes made to the brand in 2007.

And you won’t be able to pick out the changes made to the Megane Coupe-Cabriolet either. It has the same Karmann-developed folding glass roof, and the same 2-litre engine mated to the same 4-speed Proactive automatic gearbox.

Detailed specifications of the cars have been revised from the pre-facelift model. The sexy red leather upholstery on the test-car feels more supple than before. To Renault’s credit, the car is free from annoying creaks – a sign that the French are really serious about build quality.

After spending a bit of time with this subtly refreshed convertible, the good news is that it is still a very enjoyable thing for the road.

Peugeot may have “invented” the idea of the four-seat coupe-convertible for the mass-market car segment with the 206 CC, followed by the 307 CC, but Renault is still the only one around to offer a folding glass-roof.

Having a panel of glass over your head is a nice thing to have for those cool, rainy days. Of course, when the sky clears, going topless is even better.

But a folding glass-roof is not without its problems. For one, tempered glass is heavy. The total weight gain from carrying the barrage of motors and hinges needed for the Megane to lose its top reduces the performance of the sleek Megane C-C to that of the portly Scenic MPV.

Also, that glass roof needs serious tinting to minimise heat penetration. Even with the film applied, never, ever forget to pull the retractable blind over the roof when leaving the car parked in the sun for the whole day. 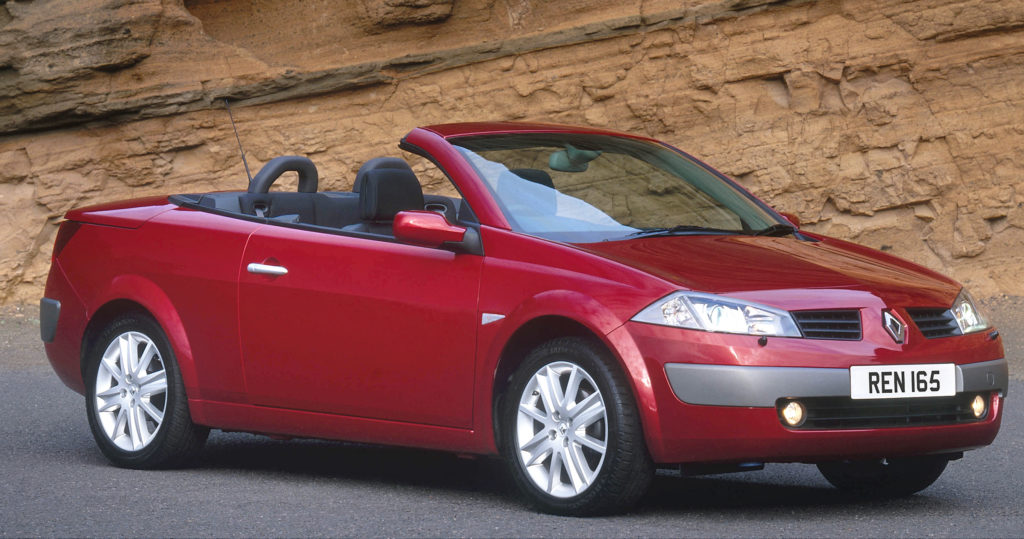