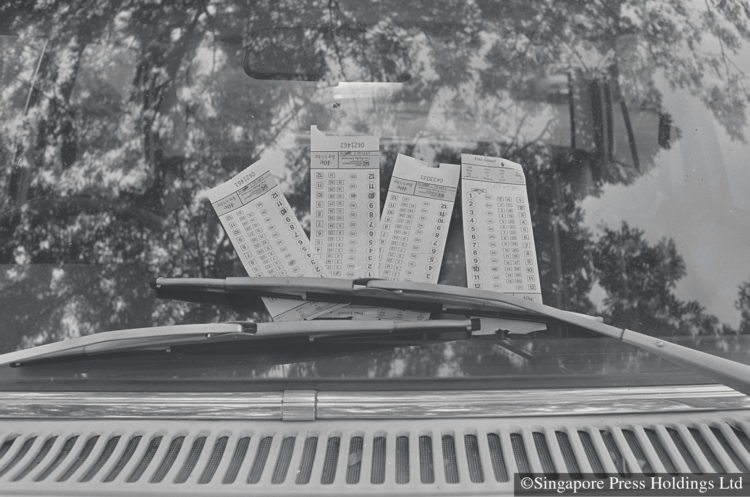 Motorists had to fill in the coupons and attach them to the car windows.

The Housing and Development Board (HDB) and Urban Redevelopment Authority (URA) have announced that new parking coupons will go on sale on today (Oct 12) to reflect a rise in public parking charges.

The familiar paper parking coupons that motorists have been accustomed to leaving on their dashboards have a story of their own.

COUPONS INTRODUCED
Parking coupons were rolled out in Singapore’s public carparks in 1980. They looked a little different, though.

There were no tear-off circular tabs for motorists back in the day. Instead, they had to mark the date, time and location of their parking spot.

COUPON DISPENSERS
The rise of the robots may have come earlier than you think.

In 1980, the HDB tried out a system with self-service parking machines. Motorists would use a dial to indicate how long they were parking and would pay with coins.

The machines then dispensed a parking coupon with a peel-off sticker for drivers to affix to their windshield. 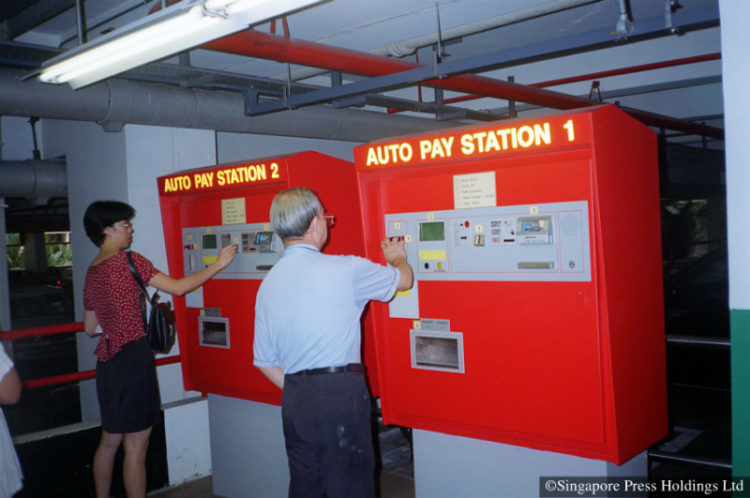 Auto-pay stations at the HDB Centre.

DRIVERS USED TO NEED TWO SETS OF COUPONS
Coupon booklets used to be sold at URA kiosks, as well as its carparks division head office and the URA building.

It’s a far cry from the convenience of today.

In fact, during the first year of coupon parking, motorists had to hold on to separate sets of coupons depending on whether they were stopping in an HDB or URA carpark. After frustrated motorists complained, parking coupons became interchangeable in 1981.

Nowadays, in addition to HDB branch offices, motorists can purchase parking coupons at some petrol stations, as well as convenience stores such as Cheers and 7-Eleven.

COUPONS COULD HAVE BEEN EVEN MORE COLOURFUL
Parking coupons are available in colour-coded booklets of various denominations – purple for 50-cent coupons, orange for $1 coupons, blue for $2 coupons, pink for $3 coupons and green for $4 coupons.

But parking coupons might be even more colourful if the HDB and URA had had their way in 1981.

They put out a call for tenders for advertisements on the back of coupons. Advertisers would have been able to buy ad space in lots of 500,000 or one million booklets.

Unfortunately, the take-up rate was too low and this plan never saw the light of day. 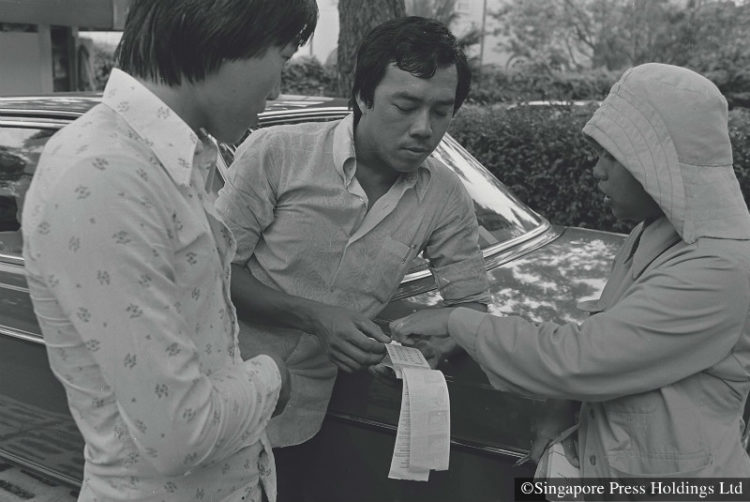 Motorists unfamiliar with the coupon parking system getting help from parking attendants.

WHY THE NEED FOR PARKING COUPONS?
Workforce productivity has always been the watchword.

In 1982, the Auditor-General’s Office (AGO) recommended expanding the coupon parking system.

Having motorists take care of their own parking fees would cut down on the number of parking attendants needed – and save on their salaries.

For good measure, the AGO also called for the HDB and URA to paint smaller numbers on carpark lots.