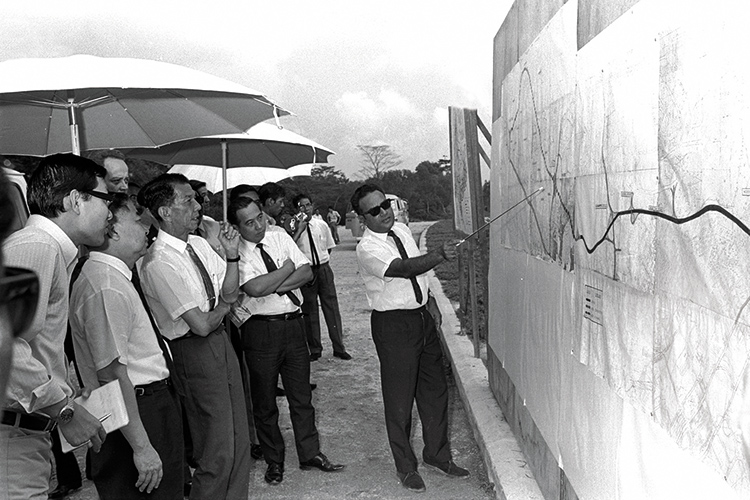 Then-President Benjamin Sheares looking at the PIE masterplan on site.

It’s hard to imagine taking longer than 45 minutes to drive from Changi Airport to Jurong, but motorists needed an average of 90 minutes to get from one end of the island to the other using trunk roads before the Pan Island Expressway (PIE) was built.

Construction of the Pan Island Expressway began in 1967 after a four-year planning study by the government, with funding from the United Nations Development Programme. Completed in 1981 at a cost of $200 million (equivalent to about $300 million today), the 35km long expressway halved the travel time between the eastern and western parts of Singapore.

Interestingly, speed limits on the Pan Island Expressway were higher back then – a 1981 Straits Times article noted that motorists driving “between 105 and 112km/h can complete the Jurong-Changi Airport journey in about 40 minutes.” The mere sight of these “parking wardens” was enough to get motorists scrambling.

When the PIE was just opened, drivers even stopped their cars along scenic stretches to catch a glimpse of the city skyline. Instead of issuing tickets to these people, however, traffic policemen merely urged them to move along. (They’ll never be this lenient again.)

By 1992, the Public Works Department decided to extend the Pan Island Expressway another 8km towards Tuas, connecting to the Kranji Expressway (KJE), which opened in 1994. Now spanning 43km, the expressway is the single longest stretch of asphalt in Singapore. The PIE alone comprises 26 percent of the country’s total expressway length of 161 kilometres.

The PIE was also cheap by today’s standards. When the 12km underground Kallang-Paya Lebar Expressway (KPE) was finished in 2008, the bill came up to a cool $1.7 billion. 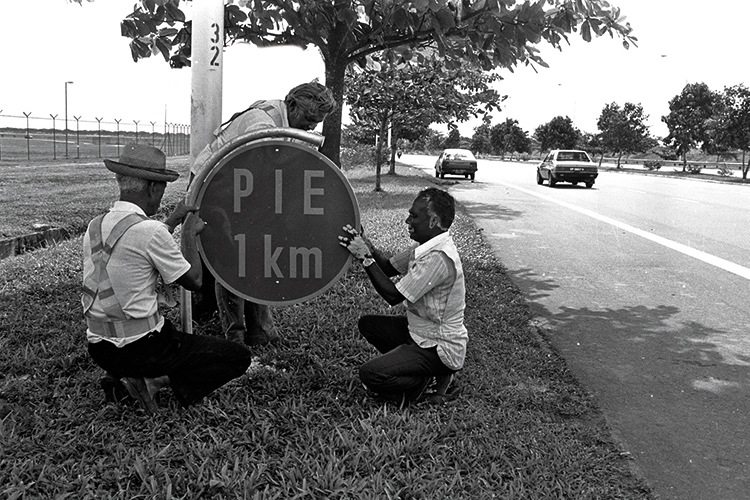 Going’ South
Relief from the regular traffic congestion experienced by motorists on the Central Expressway (CTE) is finally in sight. Construction of the new North-South Expressway (NSE) (now re-designated as the North-South Corridor or NSC), Singapore’s 11th highway, will begin in 2013. The road will open to traffic in 2020.

The planned 21km NSE will run parallel to the CTE and is expected to help reduce rush hour traffic jams by linking estates in the north such as Woodlands, Sembawang, Yio Chu Kang and Ang Mo Kio to the city centre, bypassing the usual CTE gridlock.

Building the NSE won’t be easy, because the entire stretch will feature viaducts, tunnels and three wide lanes serving both directions. Also, the real estate needed by the government for this massive project totals 5.6 hectares – significantly more than the land acquired for the KPE.

The NSE might be Singapore’s most expensive expressway, costing around $7 to $8 billion. That is enough to build four more Kallang-Paya Lebar Expressways (KPEs), with the change to buy another PIE.

8 tips to reduce stress behind the wheel

What would an Auto Utopia or Car Paradise be like?