Whenever I want a break from work, I head to our office canteen and find a quiet table.

Admittedly, it is not much of an escape. After all, my bosses and other colleagues can easily find me.

However, what I’m after is just a few minutes of daydreaming and letting my mind wander. And inevitably, I’ll lose myself in my favourite fantasy, which I like to call Auto Utopia.

Indeed, when I close my eyes, scenes of unspoiled beaches and Alpine lakes begin rushing by. When they stop, perhaps I’ll begin hearing the mechanical purity of a naturally aspirated flat-6 or V8, with their revs rising and exhausts popping.

What exactly is in my driver’s paradise? Well, for one thing, it would be a kingdom of sorts, with me as its absolute ruler.

The roads would be designed by me. There would be mountain passes and country lanes to drive sports cars on, and coastal highways for testing convertibles. Naturally, the tarmac would be so smooth that it would be the envy of Japanese civil engineers.

And as the ruler of this kingdom, my main concerns would be traffic laws and driving.

My first order of business would be to ban all personal mobility devices. Electric cars are fine, but electric bikes and e-scooters have no place in this part of my mind. Bicycles would be confined to pavements and park connectors.

All expressways would have no speed limits. It’s up to motorists to drive at a safe pace that they can handle. If you road-hog, switch lanes without signalling or tailgate others, the penalty is forfeiture of your vehicle. If you’re caught again, you’ll be exiled.

On regular roads, the speed signs would be there to remind motorists of the minimum required speed, as recommended by Auto Utopia’s traffic police, whose members are all racing drivers.

Shockingly, however, my kingdom will still have speed cameras. In fact, they will blanket the entire country.

However, their purpose isn’t to catch those who drive too fast. It’s to nab motorists who are driving too slowly. 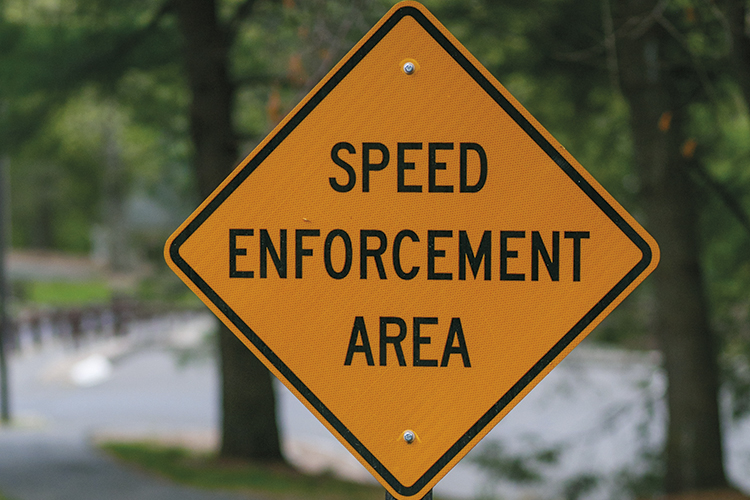 In Jeremy’s Auto Utopia, these signs tell drivers to adhere to the minimum speed limits, which are at least double that of Singapore’s.

I’ll be sure to install them around my favourite corners. That’s right – if you take a corner too slowly, you’ll be receiving a summons and getting demerit points.

Indeed, I have even imagined myself being pulled over by one of my traffic police officers, who will advise me on how to increase my cornering speed. If I fail to meet the mark a second time, I’ll be subject to fines and demerits, too.

I’ll also be installing red-light cameras at all traffic junctions. But apart from nabbing dangerous drivers who beat red lights, these cameras will also help to catch motorists who react too slowly to green lights.

Slow-reacting motorists are one of the causes of traffic jams, and with these cameras, you’ll be getting a summons for failing to accelerate within half a second of the lights turning green.

How much does car servicing cost in Singapore?

I’ve also dreamt up how to deal with jaywalkers and drink-drivers.

First, all pedestrians will be confined to sidewalks, except at designated road crossings.

Next, there will be laws absolving motorists from being blamed in the event that a jaywalker is hit. Instead, for causing damage to a car and inconvenience to its driver, the jaywalker will be fined and made to pay for repairs.

The fine will be multiplied tenfold if the jaywalker was looking at his phone or listening to music when the accident occurred.

Drink-driving would also be illegal. If you’re caught with even a drop of alcohol in your system while driving, you’ll be exiled.

Other motoring offences would include failing to service your car and driving a dirty vehicle. After all, we love our cars in this kingdom of mine called Auto Utopia.

I would go on, but I’d better get back to my desk. I think I just spotted my Group Editor, who doesn’t look too happy. 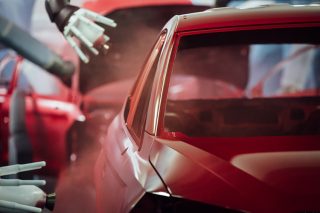 Polishing vs respray: How to tell which one you need

Polishing vs respray: How to tell which one you need