Bologna is a "city of speed" that's home to Lambo and Ducati | Page 3 of 4 | Torque
Loading posts... 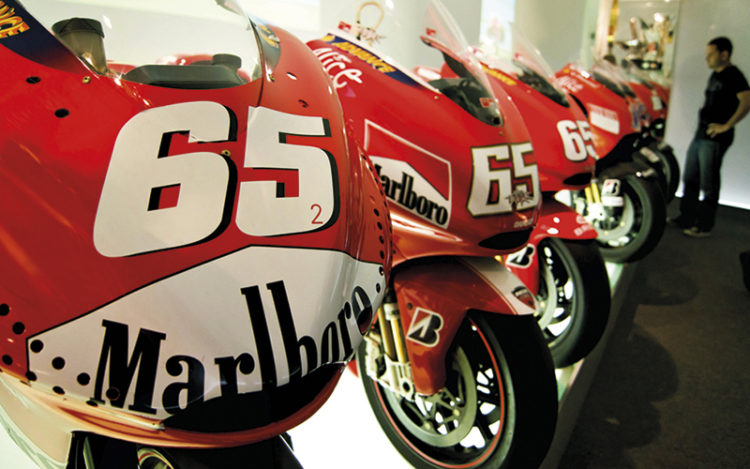 Located in an unassuming district flanked by rows of apartment blocks, the 113,900 sq m campus is home to about 1200 employees and some of motorcycle racing’s most famous machines.

As with its cross-town neighbour, Lamborghini (the stable of the raging bull originally built tractors), Ducati didn’t start out building sexy speed machines; it initially made components for radios. This isn’t too surprising, considering that in 1926, radio was a burgeoning industry and one of its pioneers, Guglielmo Marconi, was from Bologna.

But radio’s loss is motorcycling’s gain, and Ducati moved on to produce motorised bicycles in the 1940s, beginning with the Cucciolo (puppy), a bicycle with a clip-on combustion engine. 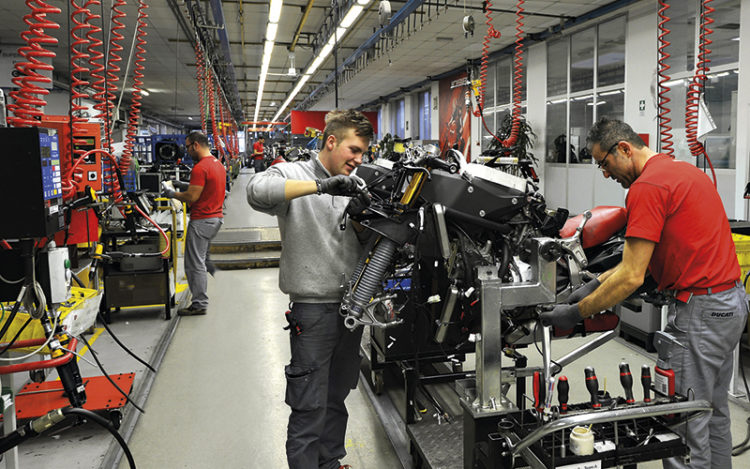 Like all other factory tours, my visit started off at the assembly plant. Despite both Ducati and Lamborghini being owned by Audi, the atmosphere on the production floor couldn’t be more different.

Where Lamborghini’s facility had all the cheer of an operating theatre, there’s a family feel in Ducati’s. Smiling workers with greasy fingers wave at visitors, and the Ducati assembly line is co-ed (unlike at Lamborghini, where only men assemble mechanical components).

There’s a lot more movement, too. Parts needed in the assembly process are located in a central parts bin, so when workers need a component, they simply walk over and replenish their stock. One thing to look out for, though, are the numerous forklifts that ply the plant. The limited space, along with overly enthusiastic Italian drivers, can often result in visitors constantly having to dodge the vehicles.

On the way back to the museum, I spied a modest-looking door with a “corsa” (racing in Italian) sign above it. Seeing my wide eyes and slack jaw, my guide’s only response was to smile and say: “We know you want to see what’s inside, but there’s no way!” Despite my pleas to take a peek, I was whisked away to a place that provided some consolation: the museum. 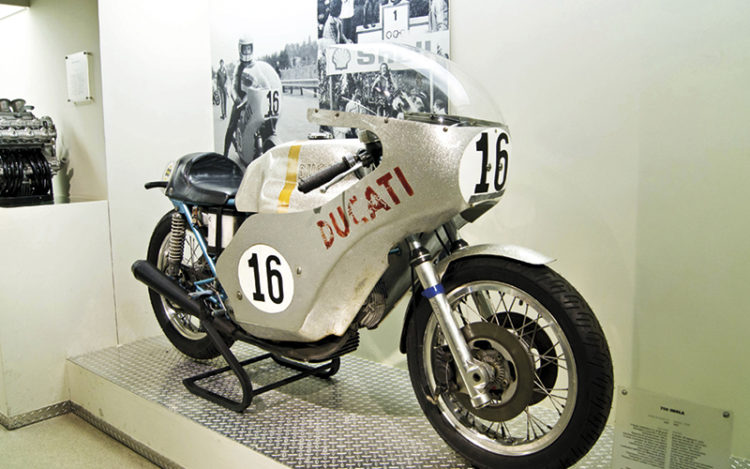 Located above the main hall of the plant, this place is a who’s who of Ducati bikes. It was here that my inner fanboy truly went wild. I was in the presence of my heroes’ weapons, the actual machinery on which they used to win races (traditionally, the champion gets to keep one of his two racing machines, while the other is displayed here). If you look a little closer, you’ll even find scuff marks on them – “battle scars” from races long past. These include Paul Smart’s 1972 Imola 200-winning 750SS (the historic and unexpected win helped define Ducati’s future approach to racing) and the 900SS used by Mike “The Bike” Hailwood to win the 1978 Isle of Man TT.