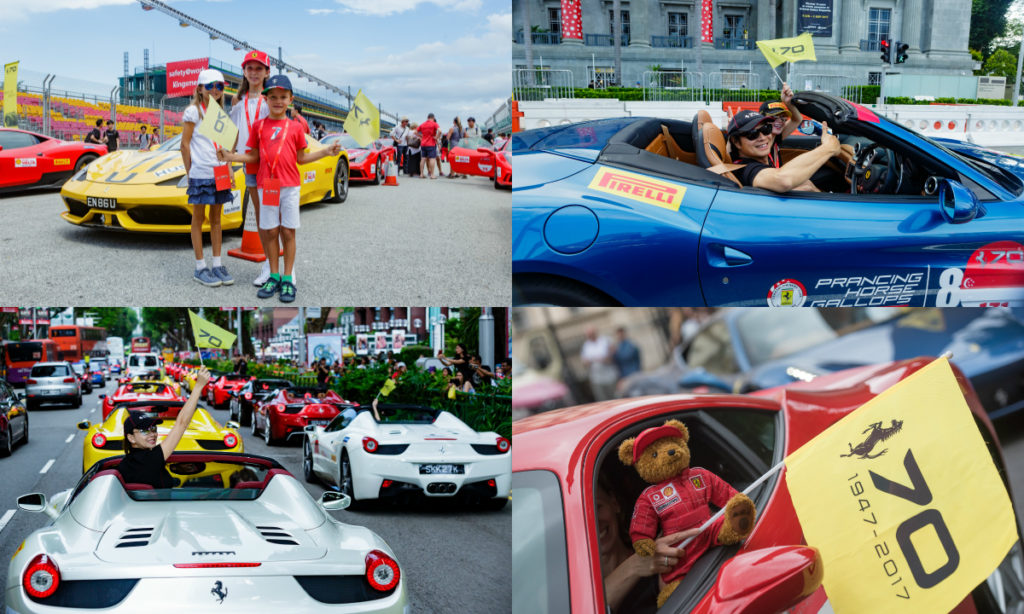 A stellar combination of beauty, performance, racing success, exclusivity and Italian flair makes Ferrari one of the most valuable and recognisable brands in the world.

In celebration of the iconic carmaker’s 70th anniversary in 2017, Ital Auto (Singapore’s official Ferrari distributor) and the Ferrari Owners Club Singapore put together a thrilling sight for fans and lovers of Prancing Horse cars across the island.

The event, which set the Singapore record for the largest single gathering of Ferraris, happened on the August 20 Sunday as the Ferrari 70th Anniversary Parade Singapore took off from the F1 Pit Building.

Leading the way was the LaFerrari Aperta (the Ferrari supercar with the most extreme performance, developed to mark the marque’s 70th anniversary), followed by the spectacular 812 Superfast.

Also amongst the parade were special editions like the F12tdf, 458 Speciale Aperta and Tailor-Made SG50 F12berlinetta, as well as rarely seen older models like the 308 GTB, F355berlinetta, F430 Scuderia, F308 Quattrovalvole and the Testarossa.

“I am incredibly honoured to have the opportunity to share what we love with the fans in Singapore and see so many thrilled by the cars”, said Leong Kah Wah, president of the Ferrari Owners Club Singapore.

“Though it was a challenge logistically, coordinating the large parade, the spirit and dedication of the owners made it possible”, added Nick Syn, Ital Auto director and organiser of the special event. 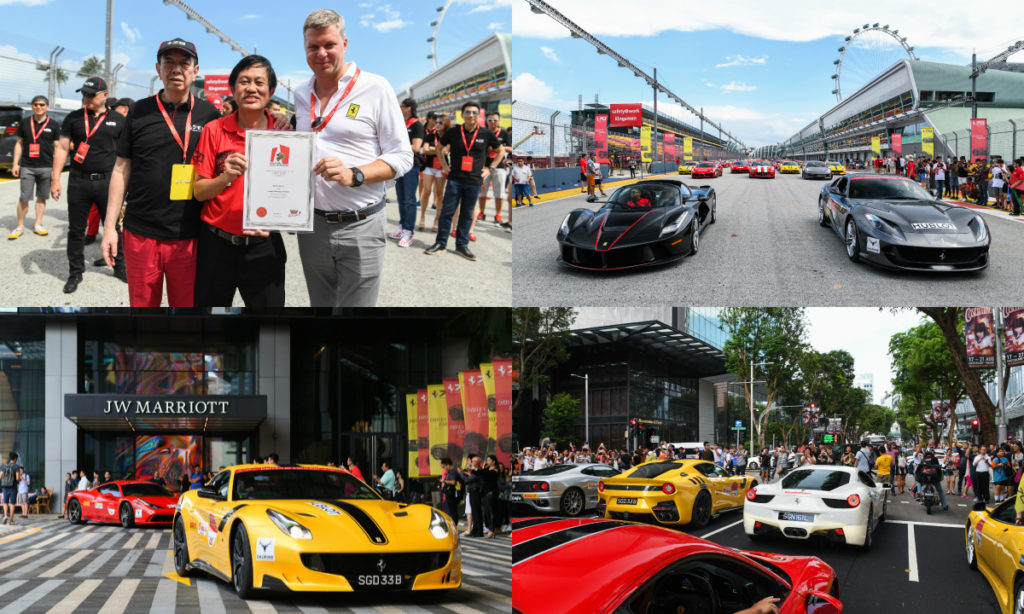 Read about the biggest Ferrari event ever held in Indonesia, for the marque’s 70th anniversary.

Read about the Prancing Horse party for nearly 15,000 people in Valencia, Spain.