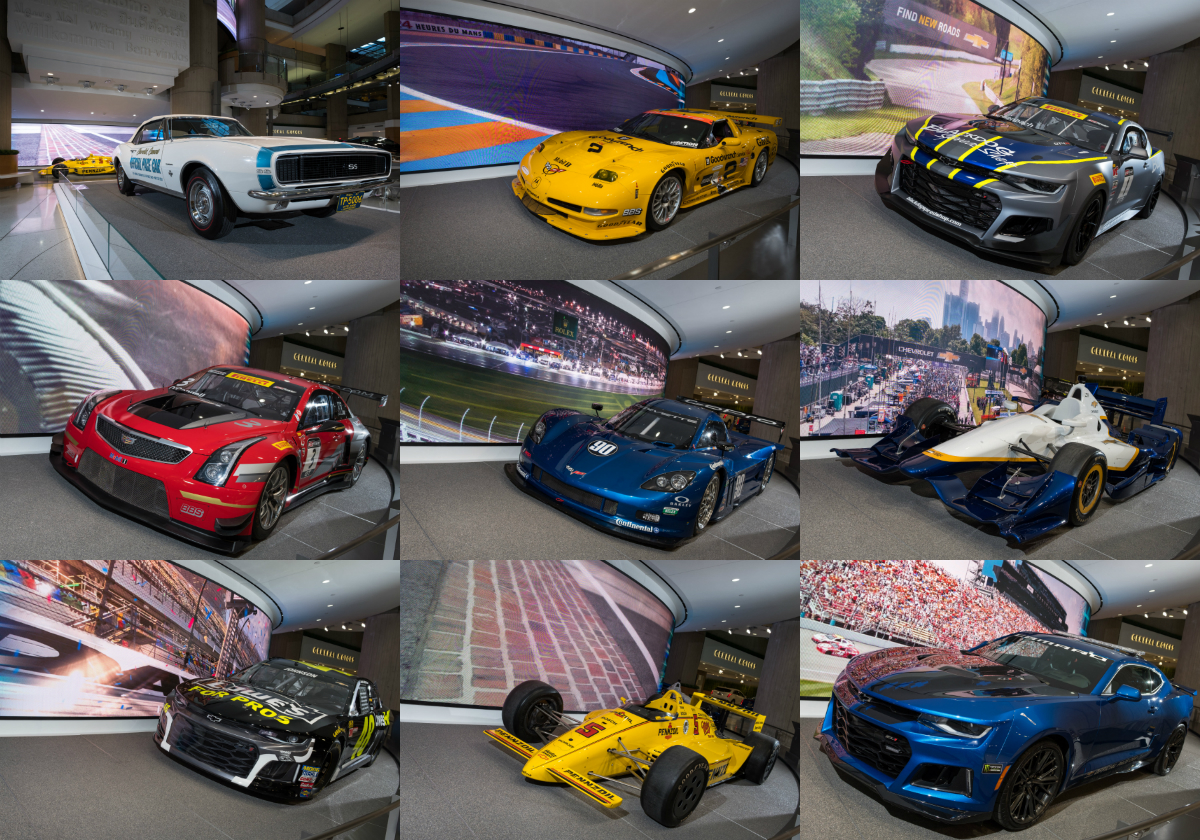 General Motors’ motorsports heritage takes the pole position in GM World in the heart of the company’s Renaissance Centre headquarters in Detroit.

A dozen modern and vintage racing vehicles and pace cars from across the motorsports spectrum fill the new display, which opened to the public ahead of the June 1-3 running of the Chevrolet Detroit Grand Prix.

GM World fills the five-storey atrium of the Renaissance Centre. The experiential installation includes vehicle displays, large LED information screens and a vehicle turntable around the atrium’s central column. Specialists are on hand to answer questions about the displays and the roster of new vehicles. Additional vehicles will be added this summer, and the display also features racing engines from various series.

The strong contingent of Chevrolet racing cars and murals acknowledges a century of winning racing history, from IndyCar — where brand namesake Louis Chevrolet forged his reputation more than a century ago — to NASCAR, IMSA, NHRA and more.

“GM’s Chevrolet and Cadillac brands have both had long, storied histories in motorsports,” said Jim Campbell, US vice president of Performance Vehicles and Motorsports. “Racing is a fundamental part of what we do — from transferring technology learned on the track to help us build better vehicles to connecting with consumers through something they love.” 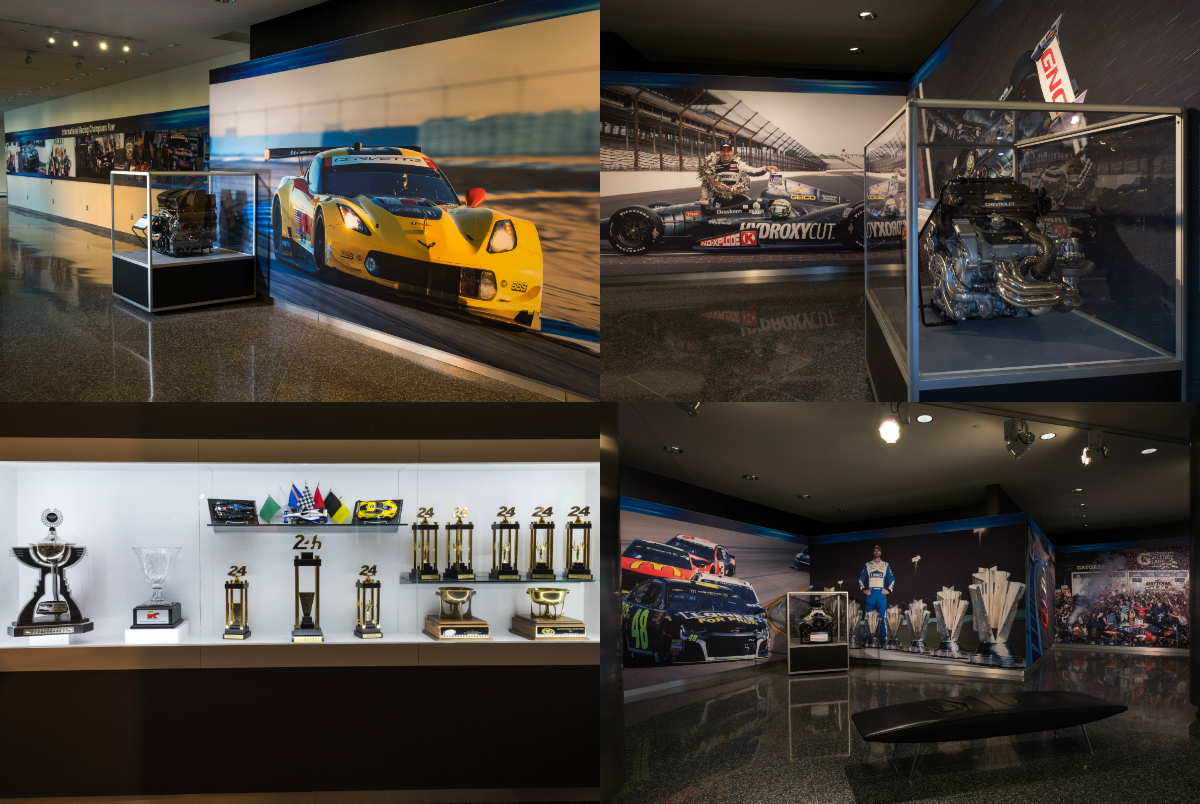 Check out the Roadster Racer that belongs to Mickey Mouse.