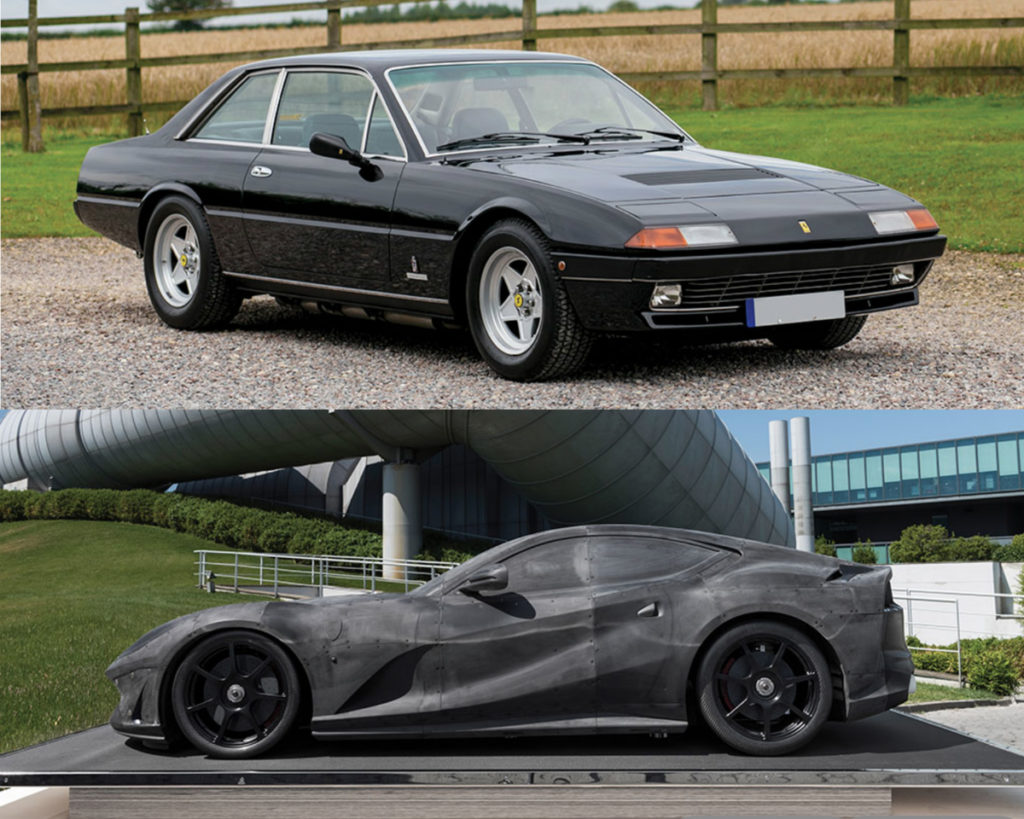 There are car auctions, and there are Ferrari supercar auctions. On 9 September, I witnessed a very special one at Ferrari’s homestead in Maranello.

To commemorate its 70th anniversary, Ferrari collaborated with RM Sotheby’s for an exclusive “Legend and Passion” celebratory auction of classic and modern cars from the Prancing Horse stable. This was the largest single-marque auction of its kind, with a curated selection of 42 cars on the block.

Topping the auction list was the final, 210th unit of the limited-edition hybrid-electric LaFerrari Aperta. It will get a one-of-a-kind 70th Anniversary livery in metallic Red Focus with metallic Bianco Italia double racing stripes on the bonnet and rear deck. An undisclosed buyer (who bidded by phone) put in the highest bid at 8.3 million euros (S$13.4 million), setting a new world record for a 21st century car, and one yet to be built.

The previous record, set last December at Daytona, was for a LaFerrari coupe at US$7 million (S$9.4 million). The proceeds of both these Ferraris go to charity.

Not far behind on the record sheet, at an eye-watering 7.855 million euros (S$12.7 million), was a 1959 Ferrari 250 GT LWB California Spider in show-car condition. The almost six-decades-old classic has clocked only 32,586 kilometres, and won no fewer than 36 classic car awards between 1988 and 2003. The last owner had stored it in his private collection for almost two decades, and the car was very rarely shown.

A unique Ferrari on the block was a “barn-find” 1969 Ferrari 365 GTB/4 Daytona Berlinetta. With over 1200 Daytonas produced between 1969 and 1973, there were just five lightweight “Alloy” competition cars, and this one-and-only roadgoing version with the aluminum body.

Discovered in Japan after being tucked away for almost 40 years, it has been thoroughly evaluated by marque expert Marcel Massini as the real deal – a Scaglietti body, with matching engine and transaxle numbers. It’s also a certified low-mileage, one-off unit with just 36,390 kilometres on its odometer.

Presumably, the new owner will be underwriting a full restoration, making the car even more valuable than the 1.807 million euros (S$2.9 million) paid for it.

Also on the auction block was a 1983 Ferrari 400i which belonged to Keith Richards of the Rolling Stones. The single-owner, 5-speed manual, 2+2 GT car is still in remarkable original condition, with a barely run-in 3627 kilometres on the clock. The driveable Stones memorabilia was a relative steal at a closing price of just 345,000 euros (S$555,940).

Yet another noteworthy sale was a Ferrari 812 Superfast wind-tunnel model transacted at 600,000 euros (S$968k). It isn’t even the real car – just a 1:2 scale handmade model moulded from carbon-fibre composite materials.

In all, the Fiorano trackside event saw 38 Ferraris go under the auctioneer’s hammer, of which 19 sold for well over 1 million euros each. The total value of the Sotheby’s-auctioned Prancing Horses was in excess of 62 million euros (S$100 million).

Goes to show that rare and authenticated pieces wearing the Ferrari badge are much sought after collectables. Such is the enigmatic and lasting appeal of the Prancing Horse marque from Maranello.

Read about the Ferrari 70th Anniversary Parade in Singapore.