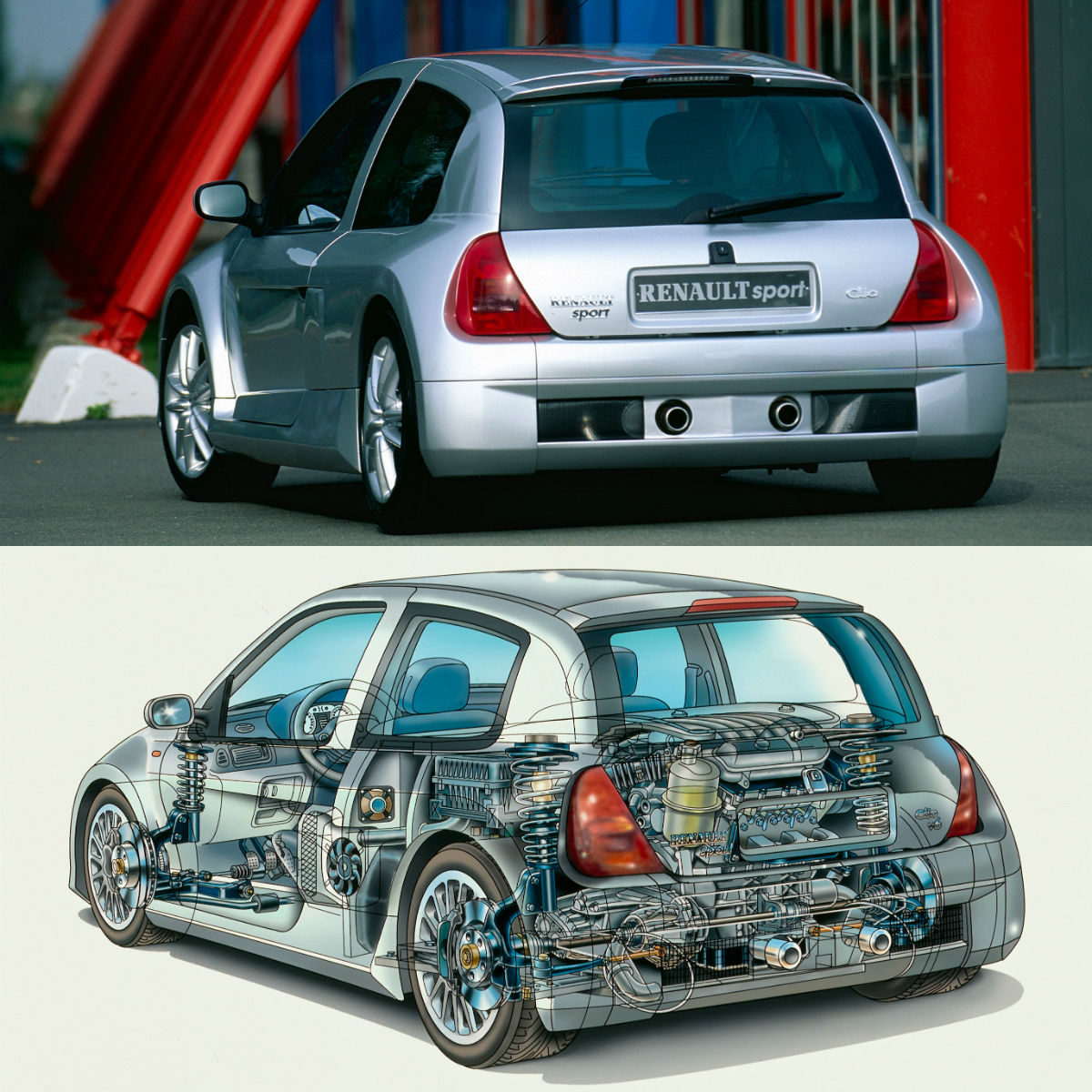 With its deformed bodywork and deranged performance, the 2002 Renault Sport Clio V6 was a memorable monster of a hot hatch.

Renault’s Clio II provided a much more exclusive, extreme performance hatchback in the form of the Clio V6. Originally built as a showcar for the 1998 Paris Motor Show, a rapturous public reception saw this car become a reality.

Based on the Clio Trophy racing car, a 3-litre 230hp V6 engine now sat where the rear seats once were, and the resulting broad-shouldered design had the road presence to outdo many a supercar. The “230” model was replaced by a “phase 2” 255hp version in 2003, which could rocket from a standstill to 100km/h in under 6 seconds. Built in limited numbers, values are said to be rising today in the collectors’ market for these unique, hand-built baby supercars.

Boasting ever-more powerful engines, subsequent generations of the Clio have always been accompanied by a sporty variant from Renault Sport, as evidenced by the 197hp Clio 3 RS in 2006, the 200hp Clio 4 RS in 2013 and the 220hp Clio RS Trophy in 2015. 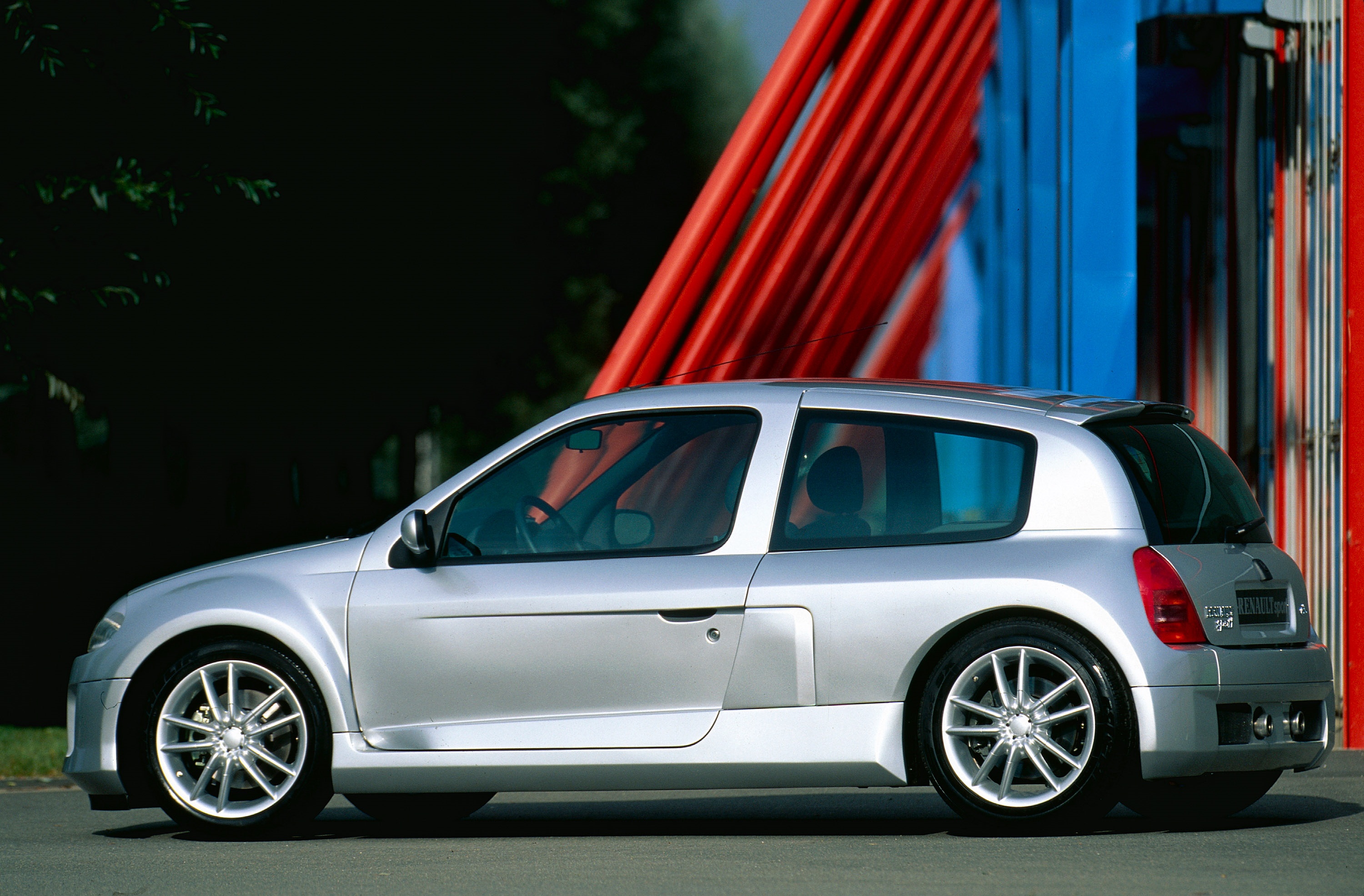 With its deformed bodywork and deranged performance, the 2002 Renault Sport Clio V6 was a memorable monster of a hot hatch.

Check out the French pocket rocket that marks 40 years of Renault Sport and automaker’s return to Formula 1 as a constructor.