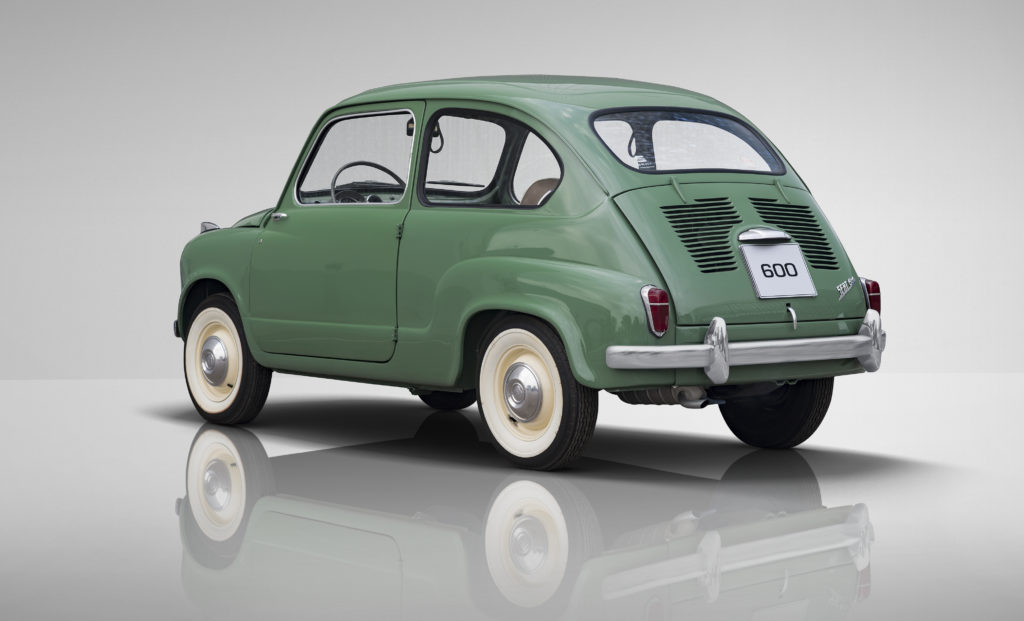 The elaborate all-round restoration of this model, which was popularly and affectionately known as the “little ball” or “little Seat”, and which made a decisive contribution to Spain’s sweeping departure into the automotive era that started in the late 1950s, took a whole year to complete. No expense or effort had been spared in restoring the car to its original condition.

It is probably the best-preserved specimen of a Seat 600 the Spanish car manufacturer has in its own vintage collection, together with a specimen from the second to last production series, a 600 L from 1973, still in mint condition.

The version here was originally called the Seat 600 when it first came out, without a letter after its name. Now, however, the model in question is referred to as the 600 N (for “Normal”) to better distinguish it from the other models of the range. It is undoubtedly the rarest and most interesting of all series-produced 600s.

A special characteristic of the bodywork on the 600 N stands out at first glance and distinguishes the earlier model clearly from the later D, E and L versions, and that is the indicators on the front bumpers, which are mounted on the side of the 600 D together with the chrome trim and not at the front.

The 600 N also has what are referred to as “suicide doors”, which have hinges at the back and not at the front. This feature was retained in the successor 600 D model from 1963, whereas the doors on the later E and L models from the 1970s opened the “right way around”.

The “Normal” 600 was also unique in that it was powered by a simple, but almost indestructible, 18hp 633cc rear engine, which was good for a top speed of 95km/h. All successor versions were driven by 767cc engines, which provided a larger displacement and more power.

Read about the discovery and restoration of Elvis Presley’s BMW 507 roadster.