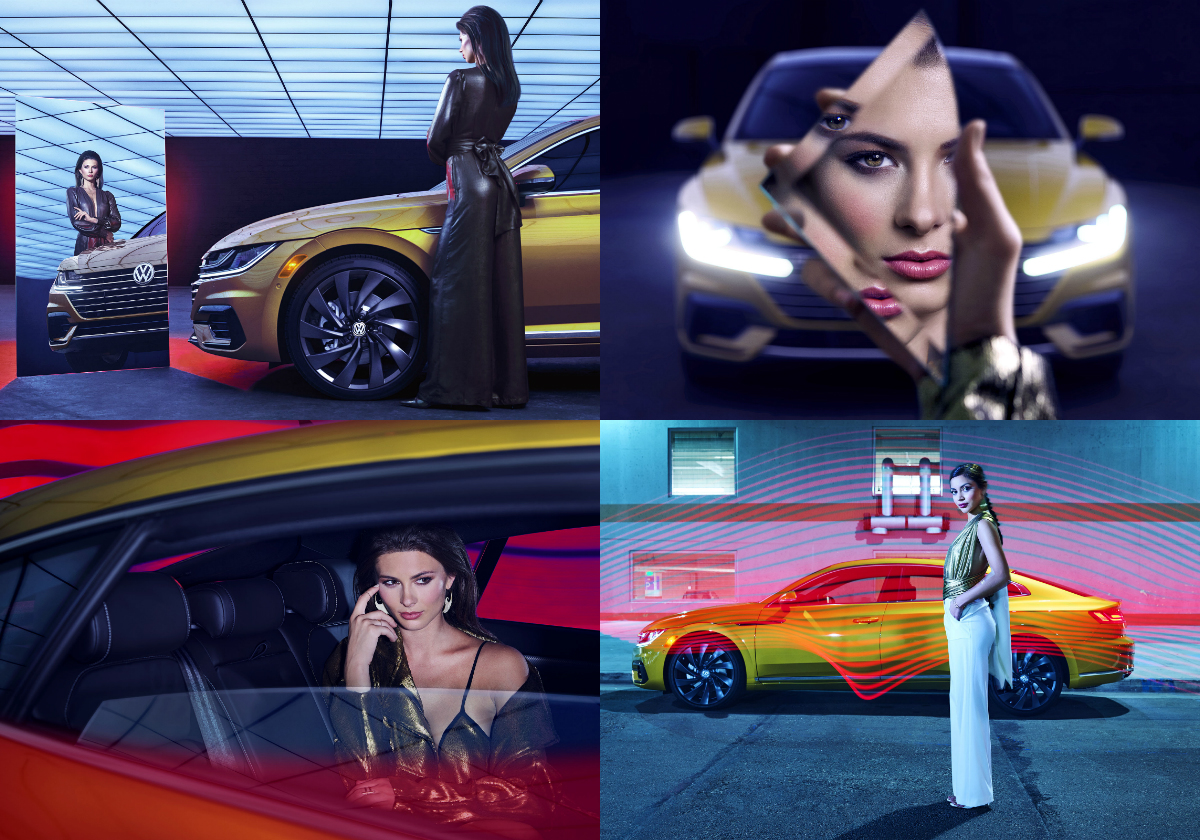 The shoot visualises the VW Arteon in a techno vibe, with retro influences and touches of classic grace, and captures the style and grace of Volkswagen’s US-market flagship sedan in a modern setting.

Ahead of the US arrival of the all-new Arteon, Volkswagen of America has unveiled a collaboration with award-winning photographer and filmmaker Douglas Sonders that captures the style and grace of the flagship sedan in a modern setting. The series of photos were unveiled at the Petersen Automotive Museum in Los Angeles.

Sonders, an early adopter of all-digital photography, worked with models Shelby Bay and Krislian Rodriguez, along with a Phase One XF IQ3 100-megapixel medium format camera to craft a dramatic set of images with the VW Arteon as a key ingredient.

Sonders has been shooting fashion, celebrity and automotive scenes for editorial and advertising clients for nearly two decades, and his work has been showcased on dozens of magazine covers and in numerous video campaigns. His production company also specialises in augmented and virtual reality applications – using his expertise at how to construct images to blend the real world with the digital one. The Volkswagen Arteon project is the first time that Sonders’ work has been displayed in a museum gallery format.

Volvo XC60 as a camera for Pulitzer Prize-winning photographer

The shoot visualises the Arteon in a techno vibe, with retro influences and touches of classic grace. Sonders said he was inspired by ’80s synth wave music and the visuals that it spawned, which drew him to the Los Angeles space with the grid ceiling of LED-lit panels. “I loved this space, and thought the symmetry and drama of the ceiling with the dark background worked well with the lines of the Arteon,” he remarked.

“It’s important to capture a car’s essence,” said Sonders. “I develop an emotional attachment to my cars, and they each have a personality in their designs. The Volkswagen Arteon has a beautiful modern edge, from the shoulder lines to the grille, and I wanted to do it justice.”

Bentley unveils one of the world’s most detailed landscape images, in which a Flying Spur W12 S is parked in the heart of Dubai