This yellow Ferrari is actually a "redhead" | Torque
Loading posts... 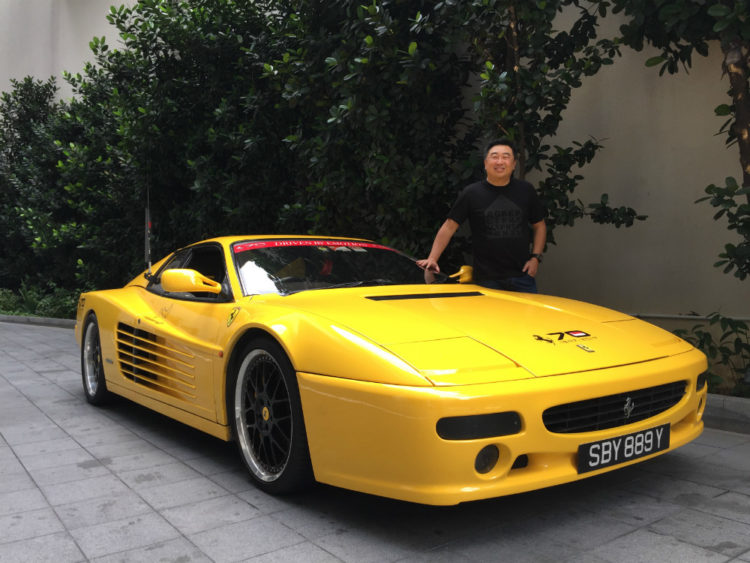 The dramatic side strakes and extra-wide rear wheel track of the Testarossa, which means redhead in Italian, appeal to the “Ah Beng” in Mr Timothy Tan.

Not one, not two, but three Ferrari Testarossas. That is the number of the classic supercar lawyer Timothy Tan has owned since the 1990s.

Testarossa means redhead in Italian, but Mr Tan’s current pride and joy is yellow. Apparently, the 1990 model, which he has owned for the past eight years, is the only yellow Testarossa in Singapore.

His first Testarossa was indeed red and his second was black.

The iconic sportscar was created by Italian design house Pininfarina. It adorned the bedroom walls of innumerable teenagers in the 1980s and 1990s.

Although he was in his 20s when the Testarossa was launched in 1984, he shared their admiration for the car, which was featured in Miami Vice, a hit television series of the time.

The 55-year-old civil litigation and shipping lawyer says: “If you look at a car as a means of transport from A to B, then the Testarossa is a poor option. I know it’s a cliche, but for me, driving is about the journey and not the destination.”

He readily confesses that the car’s dramatic side strakes (often referred to as cheese-graters) and extra-wide rear wheel track appeal to the “Ah Beng” in him.

The Testarossa was the last Ferrari with a flat-12 engine. “Its Italian operatic exhaust note makes every drive an occasion,” he says.

By today’s standards, the almost three-decade-old Testarossa is nothing much to shout about. In fact, it is rather bare.

“It has no power steering, no anti-lock braking system and no traction control,” Mr Tan says, but adds that none of that dilutes the car’s appeal. “Driving it is a true pleasure.”

The previous owner had the seats replaced with the later 512 TR version. He had the interior re-upholstered and the brakes upgraded to bigger ones. He also did some performance modifications to the 4943cc mid-mounted engine. 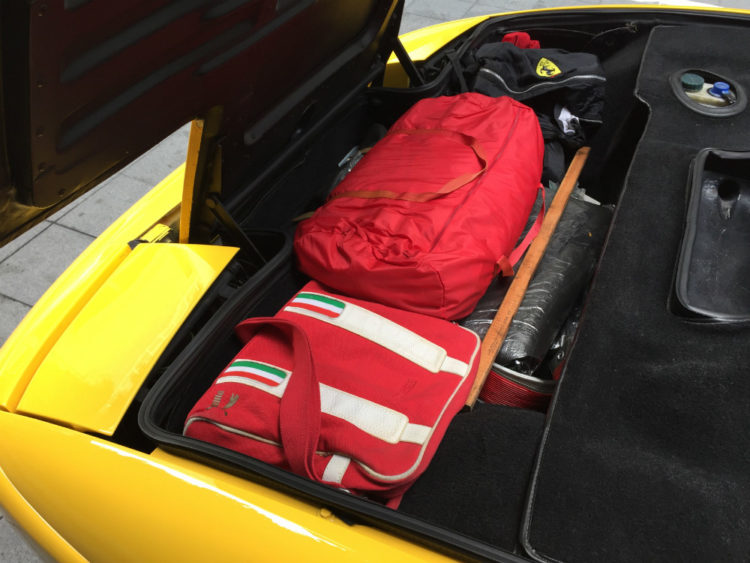 The single most important cosmetic change was a set of 19-inch custom-made wheels, in place of the original 16-inch ones.

The car’s handling has been improved with customised coil-over suspension. “It is very involving,” he says. “The non-assisted steering is very direct and accurate.”

He adds that the car offers a “connection between road and driver”. And he counts the sound of its five-speed stick shift as it changes – as well as the accompanying throttle blips – as one of “life’s memorable experiences”.

He admits that the car is not very fast – his family’s BMW M5 saloon runs rings around it – but it can still deliver an exhilarating drive.

The road tax for the COE-renewed 5-litre car is prohibitive at more than $8100 a year. And as expected of a 5-litre 12-cylinder, the car is thirsty. But third-party insurance for it comes up to only about $1000.

Mr Tan says repairs can also be problematic as the car runs on an antiquated ignition system that is “partly mechanical and partly electronic”, which most car mechanics these days are not familiar with.

“Italian electronics at their best are also not the best,” he adds.

Thankfully, the Ferrari is more reliable when it is driven regularly.

Mr Tan, a past president of the Ferrari Owners Club, would not disclose how much he paid for the car, merely saying it offers the most “flash for the cash”.

He is married to fellow lawyer Dorothy Yeo and they have a 21-year-old daughter. Mrs Tan would sometimes drive the other Ferrari her husband owns – a 612 Scaglietti. But not the Testarossa.

She says: “The Testarossa is Timothy’s wife. I’m only his girlfriend.”