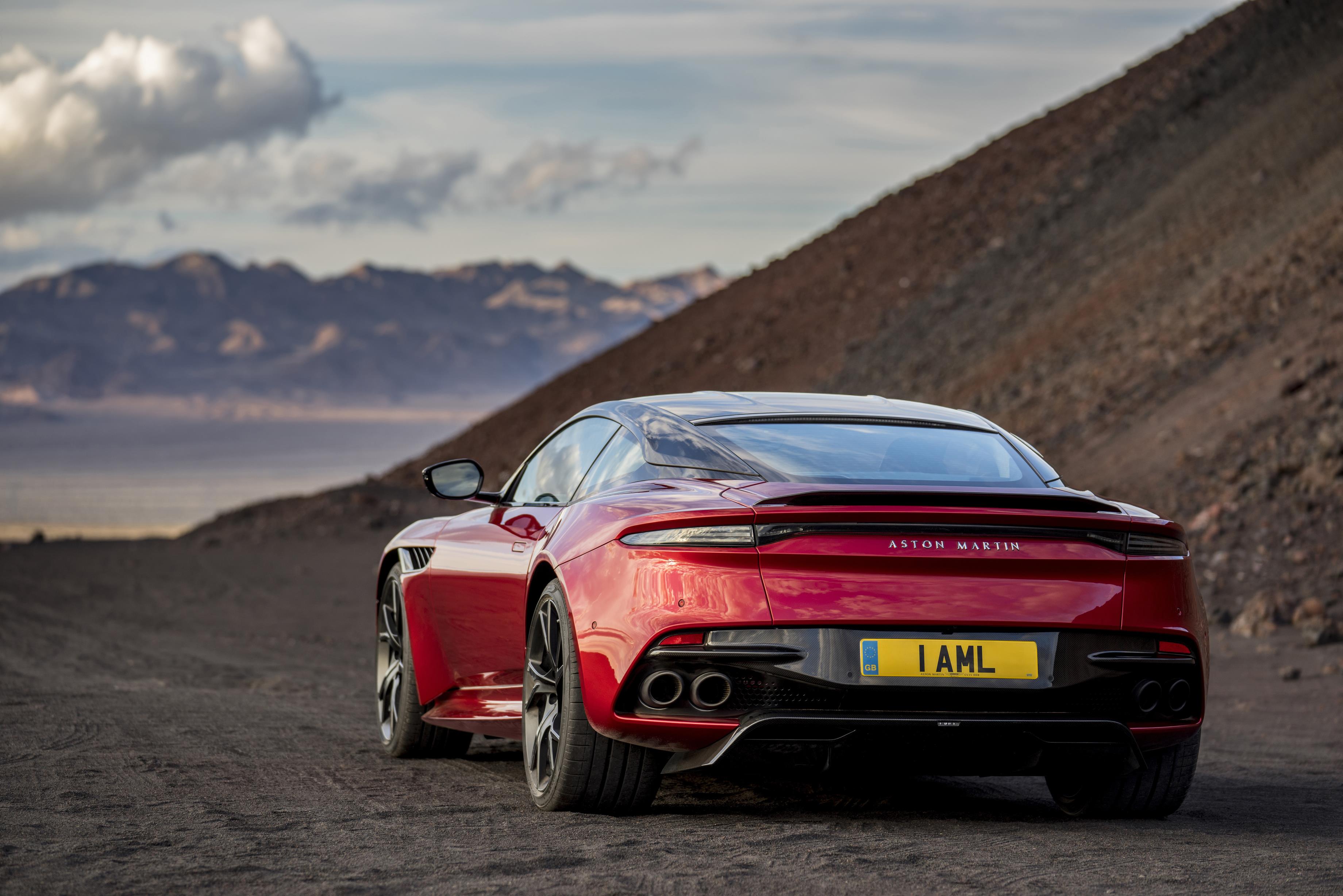 A true thoroughbred that marks the return of not one, but two illustrious names. With DBS, Aston Martin is reviving an iconic nameplate that first appeared on in 1967, while Touring’s famous mark – Superleggera – will once again adorn the bonnet of an Aston Martin. A collaboration that originally paved the way to the DB4, DB5 and DB6 Mark 1, DBS Superleggera pays homage to the historic super lightweight construction technology of the famous Italian coachbuilder.

As the British marque’s magnificent new flagship coupe, DBS Superleggera replaces the esteemed Vanquish S. With 725hp of power, 900Nm of torque, a top speed of 339km/h and blistering acceleration that dispatches 0-100km/h in just 3.4 seconds and 0-160km/h in 6.4 seconds, DBS Superleggera is a car dedicated to delivering an unforgettable driving experience and class-leading in-gear acceleration, with 80-160km/h achieved in fourth gear in a mere 4.2 seconds.

While being resolutely modern in design and engineering, DBS Superleggera proudly evokes the towering reputations of Aston Martin’s hardest-hitting and best-loved flagships from the past. Combining generous proportions with aggression and athleticism, DBS Superleggera expresses itself with an explicit design language that combines compelling curves with advanced aerodynamics for a sleek shape that both cheats the wind and clamps the car to the road.

Evolving innovative aerodynamic concepts first seen on the DB11 – such as the curlicue and Aeroblade – and then taking things further with an F1-inspired double-diffuser, DBS Superleggera generates 180kg of downforce at V-max, the highest figure ever for a series-production Aston Martin. This significant increase comes with no additional drag penalty.

The heart of DBS Superleggera is Aston Martin’s 5.2-litre twin-turbo V12 engine. Set low and as far back in the chassis as possible to optimise the centre-of-gravity and weight distribution, this high-performance engine develops 725hp at 6500rpm and 900Nm from 1800 to 5000rpm. Detailed tuning of the V12, together with a new exhaust strategy with active valves and quad tailpipes, ensures DBS Superleggera has a commanding and powerful sound character, particularly in the more aggressive dynamic modes, while retaining a level of refinement and civility that compliments its role as the consummate super GT.

DBS Superleggera deploys its prodigious power and torque to the rear wheels via a new rear-mounted ZF 8-speed automatic transmission. Featuring a mechanical limited-slip differential and torque vectoring for precise, predictable and exploitable handling, and a lower final drive for explosive in-gear acceleration, DBS Superleggera combines the responses of a supercar with the refinement of a GT, with the capability of a maximum speed of 339km/h.

The chassis is an evolution of Aston’s latest-generation lightweight bonded aluminium structure first seen on the DB11, with forged double wishbones at the front and a sophisticated multi-link system at the rear. State-of-the-art adaptive damping is fitted as standard, with sensors detecting the prevailing driving conditions, as well as the demands the driver is making of the car. Both the powertrain and chassis have a choice of three dynamic modes – GT, Sport and Sport Plus – which can be selected by the driver to intensify or relax DBS Superleggera’s responses according to the needs of the driver. 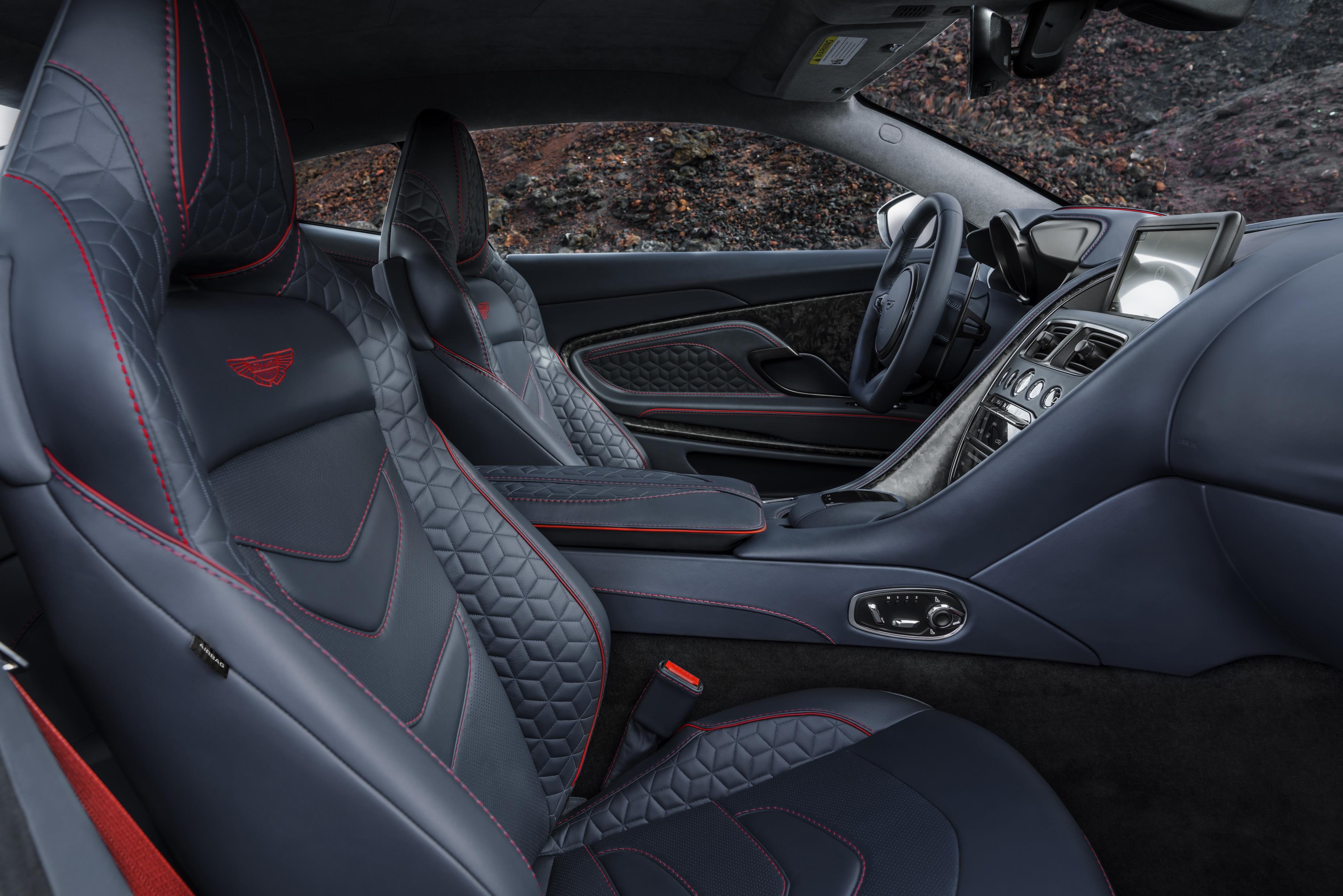