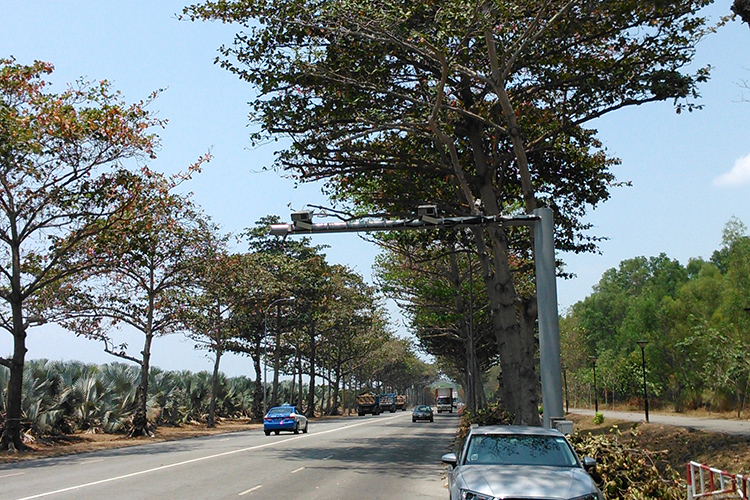 Police installed the first set of average speed cameras as a trial at Changi Coastal Road in November 2013, and they were switched on in January 2014. The cameras are mounted on two gantry-like structures about 4km apart and they calculate a vehicle’s average speed over a stretch.

The police will begin using the Average Speed Camera (ASC) system for enforcement action along a stretch of Tanah Merah Coast Road from Dec 17.

The police said on Monday (Dec 10) that Tanah Merah Coast Road was chosen for the deployment of the Average Speed Camera system as it is susceptible to speeding and illegal racing.

The system, which is the first of its kind to be deployed on Singapore roads, will be used for enforcement along the 4km stretch of road, which has a speed limit of 70km/h.

Comprising cameras at the entrance and exit of the enforcement zone, the Average Speed Camera system will detect and compute the average speed of a vehicle while it is in the zone.

If the average speed of the vehicle exceeds the speed limit, the motorist can be charged with speeding.

Signs will be put up ahead of and within the enforcement zone to remind motorists to comply with the speed limit.

Lamp posts on which the average speed cameras are mounted have also been painted in luminous orange to ensure that they are highly visible to motorists.

The police said that the Average Speed Camera system will enable sustained speed enforcement over a stretch of road rather than at a single spot.

The ASC system was installed along Tanah Merah Coast Road in the first quarter of 2018, and has been undergoing rigorous testing to ensure its accuracy and robustness.

The police said: “The new ASC system will help shape the behaviour of motorists and deter speeding. Road safety is a shared responsibility. All motorists must play their part in keeping our roads safe.”