ERP gantry on KPE to be switched on | Torque
Loading posts...
0 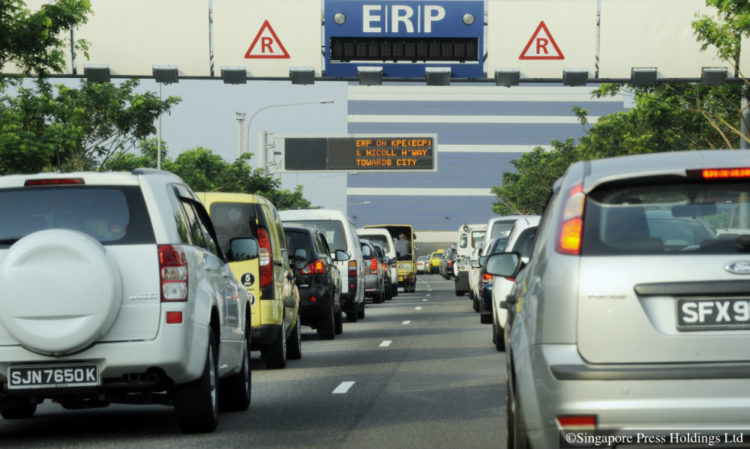 Morning traffic building up at the entrance of the Kallang-Paya Lebar Expressway tunnel heading towards East Coast Parkway on 21 July 2009.

Drivers using the Kallang-Paya Lebar Expressway (KPE) will soon have to pay $2 during their morning commute on the stretch after the Defu Flyover, between Tampines Expressway and Airport Road.

The Land Transport Authority (LTA) said that it would activate the Electronic Road Pricing (ERP) gantry from May 8 2017, between 7am and 9.30am on weekdays.

Located between the exit to Tampines Road and the KPE tunnel entrance, the gantry is the first on the expressway to be activated.

The LTA first announced last September that it was considering imposing ERP charges on the KPE to help ease congestion.

Its latest quarterly review, it said, showed that traffic speeds along the stretch have consistently remained below the optimal speed range of 45km/h to 65km/h for the last 21/2 years, dipping to as low as 30km/h.

ERP gantries were constructed as part of the expressway, said the LTA, “to provide the option of road pricing should traffic conditions along the north-east corridor worsen with future development”.

The authority added that it has been increasing public transport options to meet the needs of the growing population in the north-east of the island.

Some motorists, however, felt that the new charges would not improve traffic conditions on the KPE.

“Even with the gantry, the problem will not be resolved. There will still be heavy jams because people need to use the road,” said Punggol resident Irwan Mohamed, a 38-year-old operations supervisor who uses the KPE to get to work in Pasir Panjang.

The LTA also announced that ERP rates between 6pm and 6.30pm along the Ayer Rajah Expressway, after North Buona Vista Road towards Tuas, will go up on May 8 from $1 to $2.