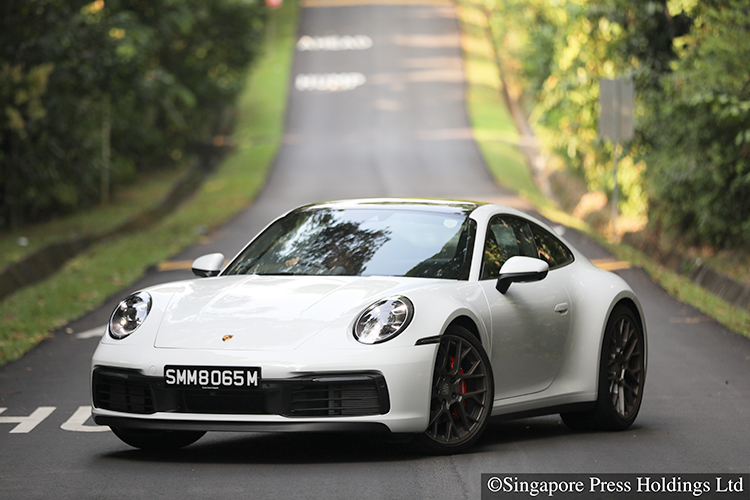 Change without changing. That has long been the Porsche’s dictum for the 911.

In the eighth-generation car, the Stuttgart stallion remains very much a 911, but nudges the envelope yet a little further towards comfort and day-to-day usability.

The same goes for the Porsche 911 Carrera 4S, which has all-wheel-drive.

Sink yourself behind the wheel and you will discover the well-cushioned yet sporty seat. The footwell is as big as what you would find in a luxury sedan, with a proper footrest to the left.

The cockpit has been decluttered, with more physical controls moved to a touchscreen (including rear spoiler activation).

To the right of this unusually large screen (for a sports car) is the instrumentation, which remains largely analogue – thankfully.

These sit on a fascia framed by a one-piece aluminium shelf spanning the entire dash. It is a unique execution, using a tactile surface which feels like a cross between carbon-fibre and Kevlar.

It is available in other finishings, but this one is outstanding.

You will notice a stubby gear lever, no bigger than the car key, which, by the way, now allows for keyless ignition – a first for the 911.

The lever offers joystick-style operation, with sportily sprung resistance between D and R.

It is very sleek and modern-looking, but I prefer something more substantial and spherical to hold.

While the previous Porsche 911 Carrera had an impressively pliant ride, its successor offers an even more comfortable progress.

In normal drive mode, the new Porsche 911 Carrera is far more liveable than, say, a BMW 3 Series with M suspension.

That the car wears huge wheels with low-profile tyres makes its ride quality all the more astounding.

Sport and Sport+ will harden the ride noticeably, but not so much as to make you not want to choose these modes. 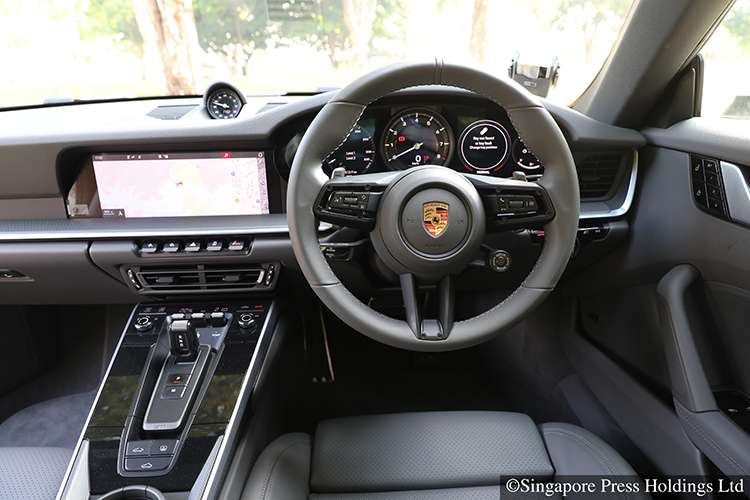 Keep the pedal planted and the Porsche 911 Carrera 4S will reach 306km/h.

Transferring power from the rear-mounted turbo engine is an 8-speed dual-clutch gearbox, up from a 7-speeder previously.

It is a wonderful transmission – quick-acting, always in the right cog and working with the engine to effect the most sonorous tunes from the exhaust.

But when changes are via the steering paddles, they lack sound and soul.

The Porsche 911 Carrera 4S tested here sits on 20-inch front and 21-inch rear wheels. The rear is shod with 305mm tyres, which together with all-wheel-drive, make the car unshakeable.

Fast cornering antics are completed with almost no need for correction and without the tiniest squeal.

The test-car has rear-wheel steering, which adds to its sharpness and effortlessness.

It also has active suspension and dynamic chassis control – both contributing to its excellent blend of ride and handling, and both cost options.

The new Porsche is beautifully crafted. It is slightly longer and wider, but its wheelbase remains unchanged.

This gives the 2+2 a powerful wind-swept silhouette.

Its iconic front remains largely unchanged, but the rear is adorned with ultra-slim tail-lamp clusters joined by an LED strip.

A brake light sits amid vertical louvres which form a nice relief between the rear windscreen and the rear spoiler.

Nothing dramatic, really. But when you take the sum of these changes into account, the 911 adds up to a whole new number. 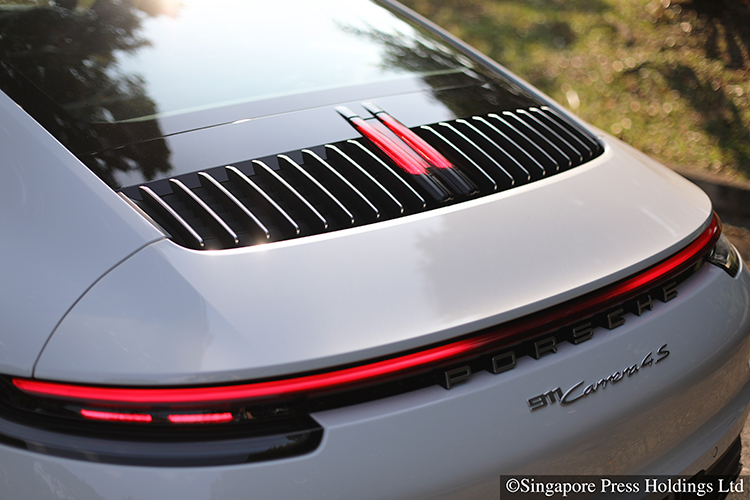