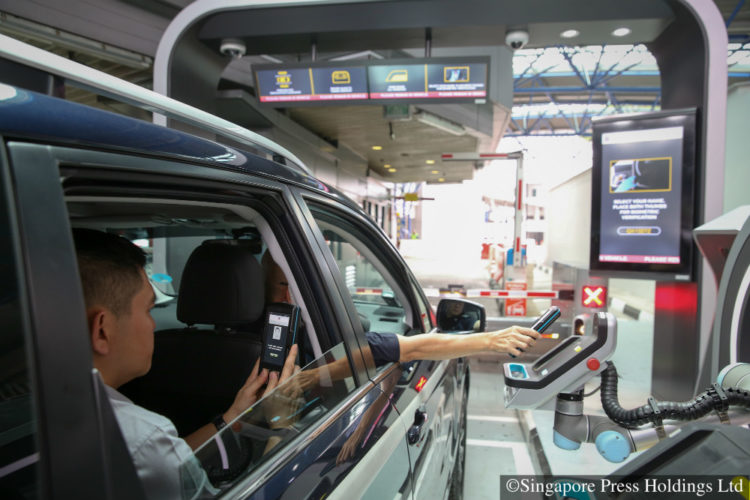 Thumbprint screening is just one of the high-tech security features in place at Singapore’s checkpoints.

Biometrics is also used for the Biometric Identification of Motorbikers system, which allows motorcyclists to use automated clearance at Singapore’s two land checkpoints: Tuas and Woodlands.

The enhanced Immigration Automated Clearance System – or self-clearance gates which read passports and scan the thumbprints of travellers – is already in place at Singapore’s land, sea and air checkpoints.

Other uses of technology include a customised video analytics system, currently in place at the Woodlands Checkpoint, which can recognise faces and search recorded footage for objects based on such factors as colour and size, as well as identify vehicles by number plate.

Meanwhile, a network of laboratories across the various checkpoints helps to detect and investigate narcotics, as well as chemical, biological, radiological, nuclear and explosive threats.

Last month, Minister for Law and Home Affairs K. Shanmugam said Singapore would increase the use of technology “substantially” to secure its borders and fight crime.

He also said more technologically adept officers would be needed to face new security challenges such as terrorism and cybercrime, as well as address manpower constraints.