Motorcycle tolls at the Second Link to be scrapped | Torque
Loading posts... 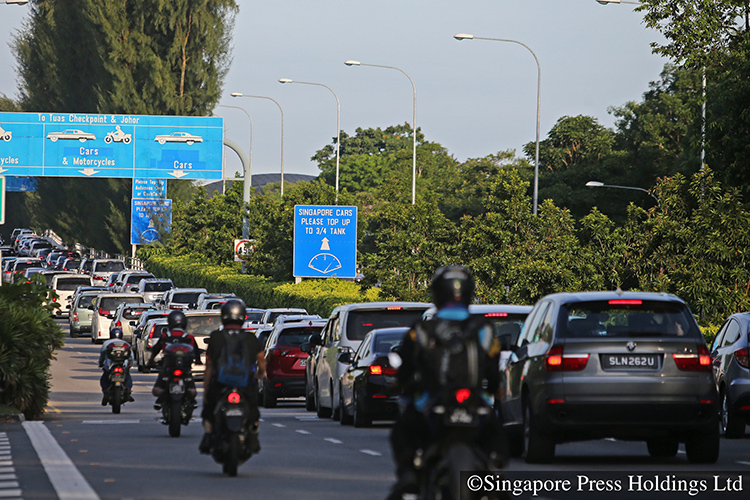 Singapore will match Malaysia’s decision to abolish motorcycle tolls next year at the Tuas Second Link, the Ministry of Transport (MOT) said yesterday.

An MOT spokesman told The Straits Times that the ministry has noted Malaysia’s plans to remove motorcycle tolls at the Second Link from January 1, 2019.

“Should Malaysia reduce or remove the motorcycle toll charges at the Second Link, Singapore will match Malaysia’s revised toll rates,” the spokesman said.

Last Friday, Malaysia’s new Pakatan Harapan government revealed in its budget for 2019 that motorcyclists will get free passage across Penang’s two bridges and the Second Link to Singapore.

Currently, they pay a motorcycle toll of RM1.10 (35 Singapore cents) on the Malaysian side of the Second Link and 40 cents at the Tuas checkpoint.

Malaysian newspaper The Star reported on Saturday that Johor hoped Singapore would reciprocate the move.

“We believe the Singapore Government will follow suit, like when tolls at the Eastern Dispersal Link near the Johor Causeway were abolished,” Johor’s International Trade, Investment and Utilities Committee chairman Jimmy Puah Wee Tse was quoted as saying in The Star.