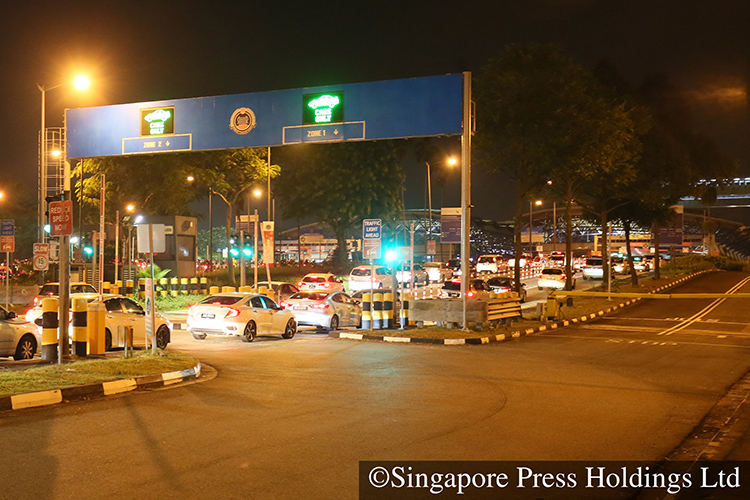 The Immigration and Checkpoints Authority advises travellers who urgently need to travel using the land checkpoints to consider using the Tuas Checkpoint instead.

Those who are travelling via Woodlands Checkpoint early Thursday (Dec 13) morning are advised to plan their journey, according to the Immigration and Checkpoints Authority (ICA).

The Bangunan Sultan Iskandar (BSI) and Johor Bahru (JB) Sentral will be conducting an exercise at BSI CIQ Complex and JB Sentral Railway Station from midnight to 1am on Thursday, the authority said.

The BSI CIQ Complex and JB Sentral Railway Station will be temporarily closed until the exercise concludes.

The ICA advises travellers who urgently need to travel using the land checkpoints to consider using the Tuas Checkpoint instead of the Woodlands Checkpoint during that period.

Bernama also reported that the evacuation exercise will be conducted from 12am to 2am on Thursday.

On Nov 16 last year, the BSI CIQ Complex was temporarily closed between 12am and 2am, as the JB South Police District Office conducted an emergency evacuation exercise there and at JB Sentral.

Around 280,000 people pass through Woodlands Checkpoint every day.

But ICA has said in an advisory last month that travellers can expect higher traffic and delays at both Woodlands and Tuas Checkpoints until the end of the year, due to the December school holidays.