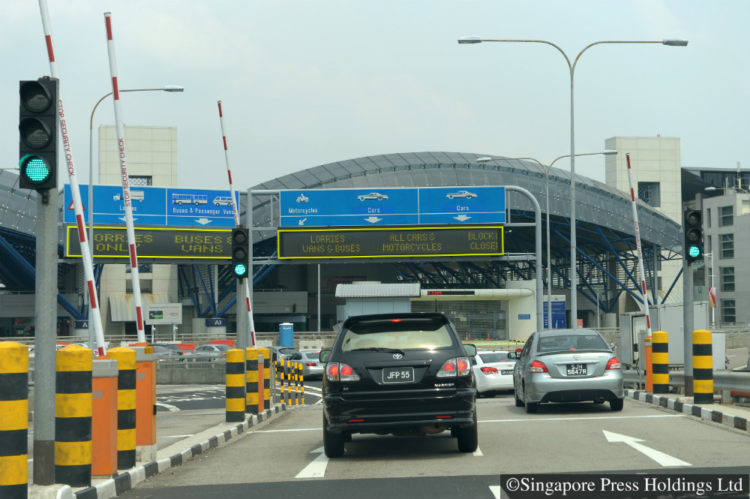 The Singapore Immigrations and Customs Checkpoint at Tuas Second Link, as seen from Johor, Malaysia.

Online photos of a device that can supposedly “scan fuel tanks” at Tuas Checkpoint have been misidentified.

The Immigration and Checkpoints Authority (ICA) said yesterday that the device shown is instead a prototype of an Automated Passenger In-Car Clearance System.

It is being developed to trial self-clearance using fingerprint verification for those travelling by car.

Photos of the prototype made their rounds online this month, alongside a photo of a Customs offence notice stating that the motorist had committed an offence for trying to leave Singapore with fuel that was less than the minimum amount prescribed.

ICA reminded travellers that they are not allowed to take photos or videos within checkpoint premises.

“Members of the public are also advised not to spread unverified sources of information and should refer to our official website for information,” it added.