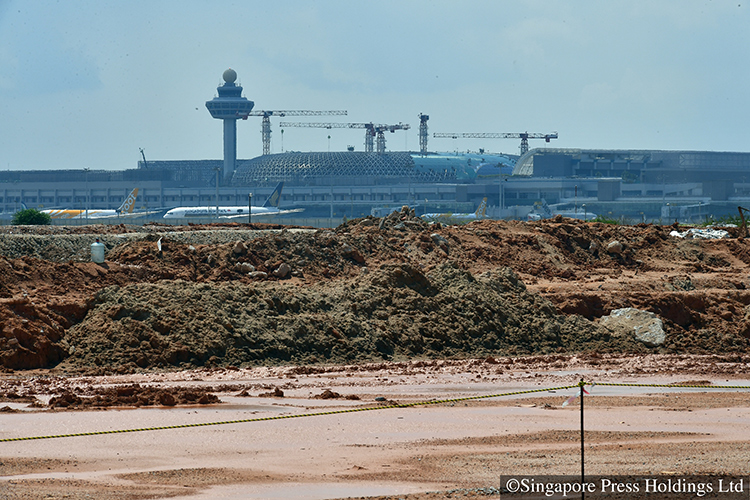 New roads will connect Terminal 5 to Tanah Merah Coast Road – which will be widened and realigned – and East Coast Parkway.

The Land Transport Authority (LTA) said it will call tenders by the end of the year to widen existing roads, build new roads, and erect a new viaduct and cycling paths in the region.

The massive undertaking, slated to start next year and be completed by 2029, will involve land acquisition affecting parts of Laguna National Golf and Country Club and three plots owned by JTC Corporation.

Why Singapore’s roads can’t just be for cars

For the northern corridor, a viaduct along Loyang Avenue between Tampines Expressway and Loyang Way will be built. It will have noise barriers to reduce the impact of traffic noise on homes nearby.

These form a three-level transport corridor, with the viaduct, road and MRT tunnels below ground.

The LTA said most of the works here will be completed by 2026, with the remainder by 2029, in tandem with four Cross Island Line stations in the vicinity.

For the southern corridor, new roads will connect Terminal 5 to Tanah Merah Coast Road (TMCR) – which will be widened and realigned – and East Coast Parkway (ECP).

The Pan-Island Expressway (PIE), ECP and Xilin Avenue will also be widened, while the Changi Flyover and Tanah Merah Flyover will be reconfigured.

When completed, these will complement the Changi Northern Corridor in giving motorists an alternative travel route to the region, the LTA said.

The authority said 3.5km of new cycling paths along Xilin Avenue and the TMCR will be built.

These paths will complement the existing Park Connector Network and on-road cycling lanes to connect Tampines and East Coast to Terminal 5.

Works in the southern corridor are slated to be completed by end-2026.

The Cross Island Line connects Changi to Tuas. The first phase, from Changi to Sin Ming, will be completed by 2029.

By then, 15,000 households in Pasir Ris and Loyang will be within a 10-minute walk to an MRT station while workers living in Ang Mo Kio can save up to 30 minutes of travelling time when they commute to the north of Changi, the LTA said.

It said the new transport projects will also be a boon to key industrial and business districts such as Loyang Industrial Area and the Aviation Logistics Park, and help to alleviate existing congestion along key arterial roads such as Loyang Avenue.

The construction of Terminal 5 is scheduled to start next year.

When completed, it will have an initial capacity of up to 50 million passengers a year – more than twice the size of any of the other three main terminals.

THE SCIENCE OF ROAD CONSTRUCTION IN SINGAPORE