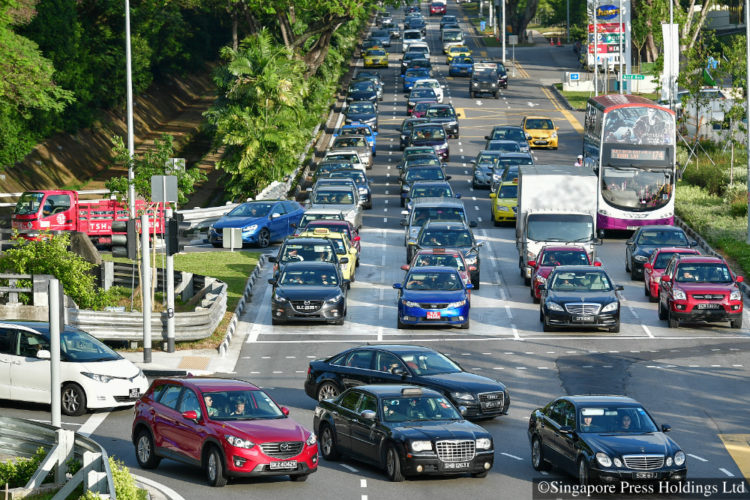 Motorists in Singapore are driving less, with average mileage clocked falling consecutively for the last 10 years.

According to Land Transport Authority statistics, the average private car clocked 16,700km last year – the lowest since such data-tracking started in 2002.

This can be attributed to a number of reasons. Electronic Road Pricing (ERP), which was introduced in 1998, would be one.

From a solitary gantry on East Coast Parkway charging $1 a pass, there is now a network of more than 70 gantries charging up to $6 each. Drivers going to the city can end up paying more than $10 a trip.

Next, the MRT network has grown appreciably. From less than 90km in 2002, it has more than doubled to nearly 200km. The bus network has also grown significantly.

These public transport developments may have persuaded motorists to drive less. Indeed, bus and rail ridership hit a daily average of 7.2 million last year – a new record and the 12th consecutive annual rise since 2005.

These reasons would bring cheer to policymakers. But the following ones may not.

Families with multiple cars have less reason to trip-chain, so the average mileage a car clocks in such households will fall.

Second, and more significantly, the number of private-hire vehicles has soared since Uber and Grab entered the market in 2013. As of end-April, their population stood at 41,297 – 70 times the size in 2013.

The average mileage statistics do not include private-hire cars or taxis, both of which are known to clock a lot more kilometres. Taxis, for instance, easily travel three times the distance clocked by a family car. Private-hire cars? Easily twice. 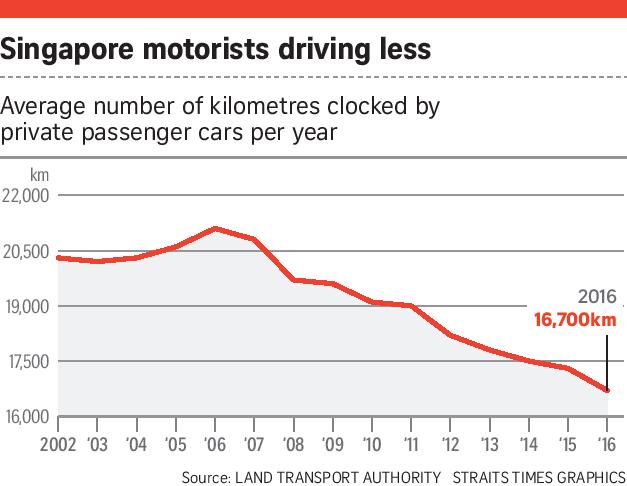 With a combined fleet of about 69,000 vehicles, taxis and private-hire cars contribute substantially to congestion. As do the fleet of buses and commercial vehicles, which clock up to three times the mileage of a car – hardly changed from a decade ago.

This is why road congestion has not improved much. Well, certainly not as much as expected of falling car mileages and a shrinking car population.

From 2009 to 2014, the expressway network grew by 3.2 percent to 1093 lane-km, while arterial roads grew by 7.3 percent to 3146 lane-km. But in the same time frame, the average speed during peak hours on expressways improved by 3 percent, while speed on arterial roads rose by 4.7 percent.

With falling car mileage and population, you would expect average speeds to rise at least in tandem with the growth in road network.

The number of roadworks may be partly to blame. There are about 10,000 of these a year, up from 6000 two decades ago. Protracted road projects – such as the new Braddell flyover – do not help one bit.

In fact, it would be highly unlikely for a motorist to go by a week without encountering roadworks, tree-pruning or long-term diversions at MRT project sites.

If indeed private motorists are using their cars less because of push factors, congestion would certainly be among them.

Strangely, congestion arising from these external bottlenecks – as opposed to those arising from increased demand – is not always reflected in ERP pricing.

Hopefully, when ERP 2.0 comes around in 2020, pricing can be more dynamic and reflect road conditions which motorists have no control over.

If policymakers use the system to its full potential – that is, to charge for distance clocked as well as location and time – it will definitely lead to lower vehicle usage. And not only that of private cars.