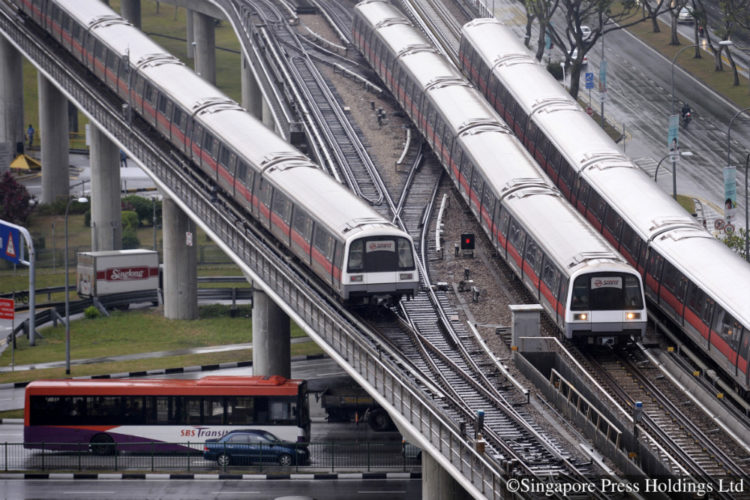 Rail operator SMRT – already beset in recent years with commuter complaints about frequent service disruptions – may just have had one of the worst years on record.

SMRT’s woes began earlier this year, when commuters on the North-South Line were plagued by regular disruptions after tests of the new communications-based train control signalling system began.

Then, on Oct 7, flooding in the tunnels between the Braddell and Bishan MRT stations shut down a large section of the North-South Line for 14 1/2 hours, affecting 231,000 commuters.

It was later found that staff responsible for the maintenance of the flood prevention system had falsified maintenance records on three occasions, signing off on work that was not done.

Last month, SMRT said it had taken action against staff in connection with the flooding incident.

Eight were sacked, one was demoted, and disciplinary action was taken against another two. Two others quit shortly after the flooding incident.

A little over a month after October’s flooding incident, two trains collided on the westbound tracks at Joo Koon MRT station on Nov 15, injuring 38 passengers.

The accident came 24 years after a train ran into another at the Clementi station on the East-West Line – injuring 160 passengers – in 1993.

Incompatibility between the new signalling system – in use on the four-station Tuas West Extension, which opened in June – and the old system, used on the rest of the East-West Line, was found to be the cause of last month’s incident.

All this, in a year that marked SMRT’s 30th anniversary of operations here.

Yet, under the leadership of Mr Seah Moon Ming, who took over the position of SMRT chairman in July, the rail operator may still be able to turn its reputation around.

Mr Seah – who famously bowed in apology at a press conference following the flooding incident in October – will be stepping down in February from his position as chief executive officer of Temasek unit Pavilion Energy to focus on his role at the rail operator.

He has introduced several initiatives, such as creating the position of chief commuter engagement officer, who will lead a team responsible for collecting and listening to passenger feedback.

This is a significant move, as a common grouse from commuters is that they do not receive timely or accurate updates about train service disruptions.

Renewal of ageing assets on the North-South and East-West lines is also set to speed up.

Shorter weekend operating hours and full-day Sunday closures at certain stations on both lines, which began this month, will continue into next year.

This will accelerate resignalling works and move the East-West Line to the new signalling system by June, instead of December, next year.

With SMRT operating the upcoming 43km-long Thomson-East Coast Line – as well as being part of a joint venture with Prasarana Malaysia to run the Johor Baru-Singapore Rapid Transit System Link – a change of fortunes is much needed for the company.