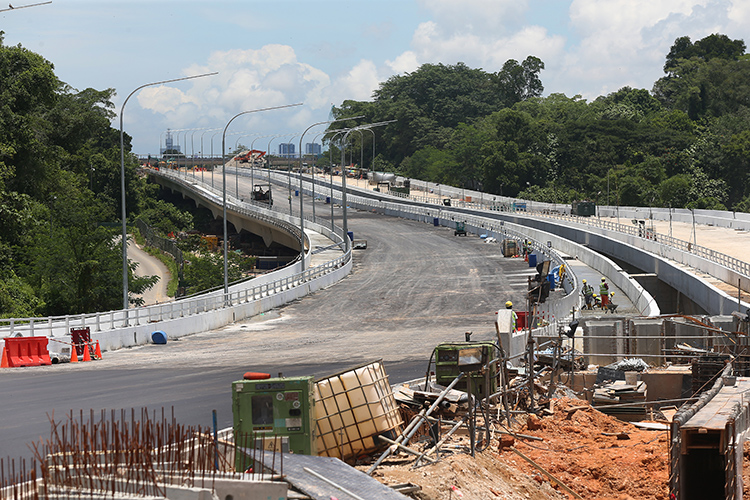 After repeated delays, the first phase of the Lornie Highway – previously known as the Bukit Brown Road – will open on Oct 28.

The southbound section of Bukit Brown Road, which runs parallel to Lornie Road, will facilitate traffic flow from Thomson towards the Pan-Island Expressway as well as Adam and Farrer roads.

The Land Transport Authority (LTA) said on Thursday (Oct 11) that an underpass constructed near the entrance of the highway will allow motorists to access the residential area along Lornie Road.

“With the opening of southbound Lornie Highway, motorists heading towards the PIE, Adam Road and Farrer Road are advised to use the new Lornie Highway to reach their destinations,” the LTA said.

“The existing southbound four-lane Lornie Road will progressively be downgraded to two lanes from Oct 28.”

Previously known as Bukit Brown Road, the new Lornie Highway, when fully completed by the first quarter of next year, will cater to expected growth in future traffic demand.

Bus services 52, 74, 93, 852 and 855, which currently ply Lornie Road towards Adam Road, will be adjusted to ply the new southbound Lornie Highway.

Bus services 157 and 165 will continue to ply Lornie Road.

It was announced in 2011, and at first slated to be completed by mid-2016, and then by the end of last year, and then in two phases from the third quarter of this year.

When the project was announced, it stirred up strong protests from nature and heritage groups because it cut across the forested Bukit Brown area and a cemetery where many Singapore pioneers are buried.

Singapore has too many roadworks

What would an Auto Utopia or Car Paradise be like?