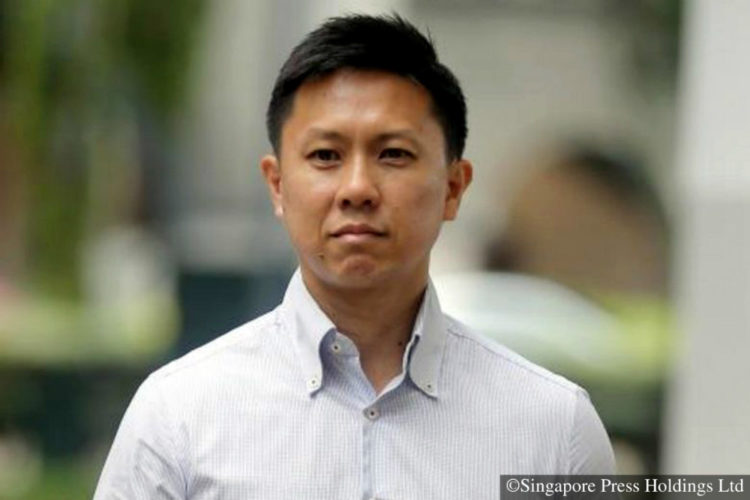 Teo Wee Kiat, 41, director of control operations, was fined $55,000 on Friday (Sept 29) for failing to take necessary measures to ensure the safety of SMRT Trains employees over a fatal track accident in March 2016.

Teo Wee Kiat, 41, director of control operations, pleaded guilty to a charge under the Workplace Safety and Health Act for failing to ensure that its employees complied with the approved operating procedures when accessing the train track during traffic hours.

The charge also says that he failed to ensure that the procedures practised by its staff to access the train track had passed safety audits, were documented and were disseminated.

In a statement on Friday, the Ministry of Manpower (MOM) said SMRT had approved and issued a set of documented operating procedures (OP) known as “Unit 3C OP” to govern track access during traffic hours.

This is because it is an inherently dangerous and high-risk activity as it requires employees to be physically present on the train tracks when passenger train services are in operation, said MOM.

But its investigations found that SMRT employees have not been complying with “Unit 3C OP” from as early as 2002, and that the frequency of employees utilising such unapproved methods of track access had increased from 2007.

It also found that SMRT’s Operations Control Centre (OCC), which comes under Teo’s charge, manages and grants final approval to all requests for track access, has been allowing SMRT employees to deviate from the “Unit 3C OP” when granting permission to access train track during traffic hours.

MOM also said Teo was aware that SMRT employees had not been complying with “Unit 3C OP” when accessing limited clearance train tracks during traffic hours, but did not flag out such safety issues to SMRT management, so that the management can decide on whether an audit or review should be conducted.

Another case against Lim Say Heng, who was the officer-in-charge of the work party, for causing death by negligence is scheduled for mention on Jan 16.

On March 22, 2016, two trainees – Mr Nasrulhudin Najumudin and Mr Muhammad Asyraf Ahmad Buhari – died when a train crashed into them shortly after they stepped onto the tracks, in what is SMRT’s worst fatal rail incident.

Mr Nasrulhudin, 25, and Mr Asyraf, 24, were part of a 15-member team sent to check an apparent fault relating to switching equipment when they were hit by the train near Pasir Ris MRT station.

Teo’s lawyer Adam Maniam said in mitigation that his client voluntarily took steps to remedy the problems which led to the incident, well before he was charged in court.

Teo pushed for stricter controls on track access and made it mandatory for OCC to give specific instructions to station managers on the type of signs and the message to put up whenever there is a request for track access, he said.

His client had also set up a dedicated unit to coordinate and control track access for works during non-traffic hours, and he took over control of the maintenance operations centre.

“Additionally, in all the positions held by Mr Teo at SMRT, Mr Teo has always placed great emphasis on safety,” said Mr Maniam, adding that the numerous safety-related initiatives not only concern SMRT’s employees, but also the millions of passengers that SMRT transports each year.

Teo was given until Oct 6 to pay the fine.