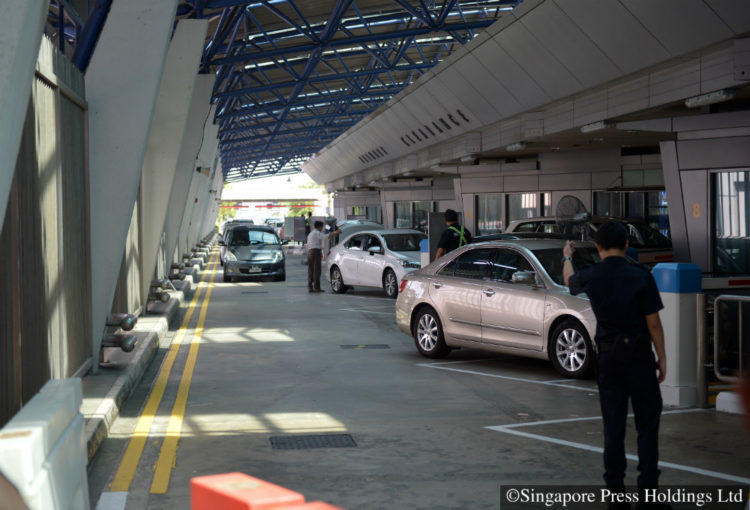 The BioScreen security system, which was launched in April 2016, captures the thumbprints of visitors arriving at and departing from Singapore’s checkpoints.

It has already been in use in clearance zones at land checkpoints, such as those for train and bus travellers, and lorries and vehicles transporting goods.

Now, as part of a trial, it will be progressively expanded to include car travellers, the Immigration and Checkpoints Authority (ICA) said in a media release on Monday (Sept 25).

Car travellers aged six and above will have to go through BioScreen security clearance.

Drivers and passengers will have to step out of their cars and scan both thumbprints when they seek immigration clearance at the car counters.

This will be implemented progressively, to give people time to become familiar with the new process. ICA officers will assist travellers in using the BioScreen system.

Said the ICA in its statement to the media: “Security at our checkpoints is ICA’s top priority. The BioScreen system is an important measure in this regard, as it enables ICA’s verification of travellers’ identities to be more robust.

“With the implementation of BioScreen at car counters, travellers may experience slightly longer immigration clearance time. ICA seeks your understanding and cooperation.”

The ICA said it would monitor the system closely, and adjust the process where necessary.