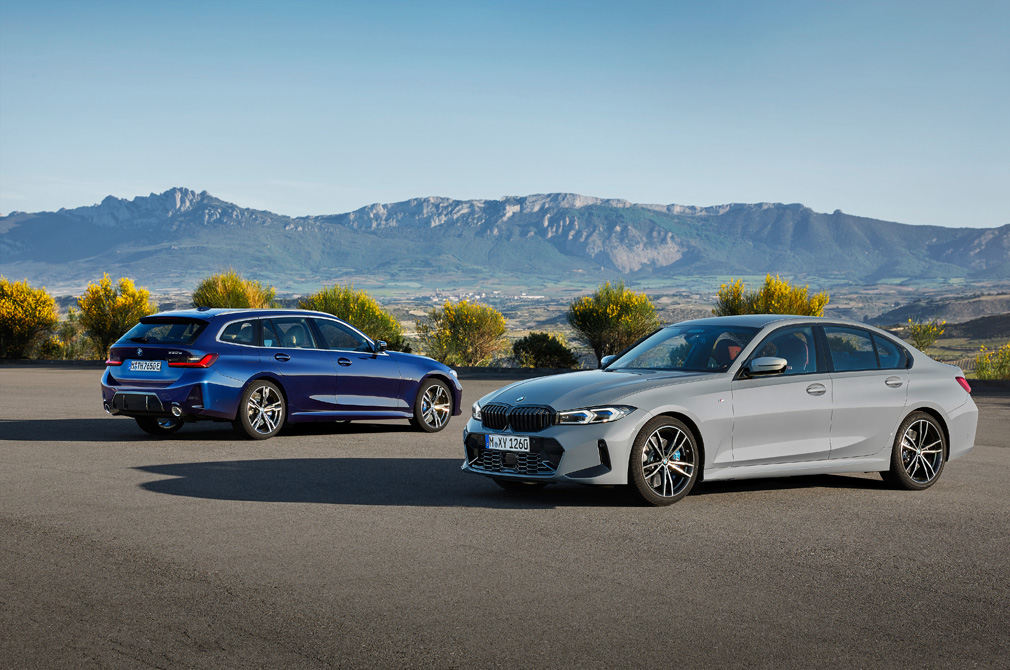 BMW has revealed its updated its popular 3 Series Sedan alongside the 3 Series Touring.

The model looks all ready to battle against the likes of the Lexus IS, Mercedes-Benz C-Class, and the Audi A4.

The new model has an updated suit of armour to charge into the field with. Up front, you’ll notice the model has lost its identifying kink in its headlights. The new units are slimmer and festooned with blue accents. 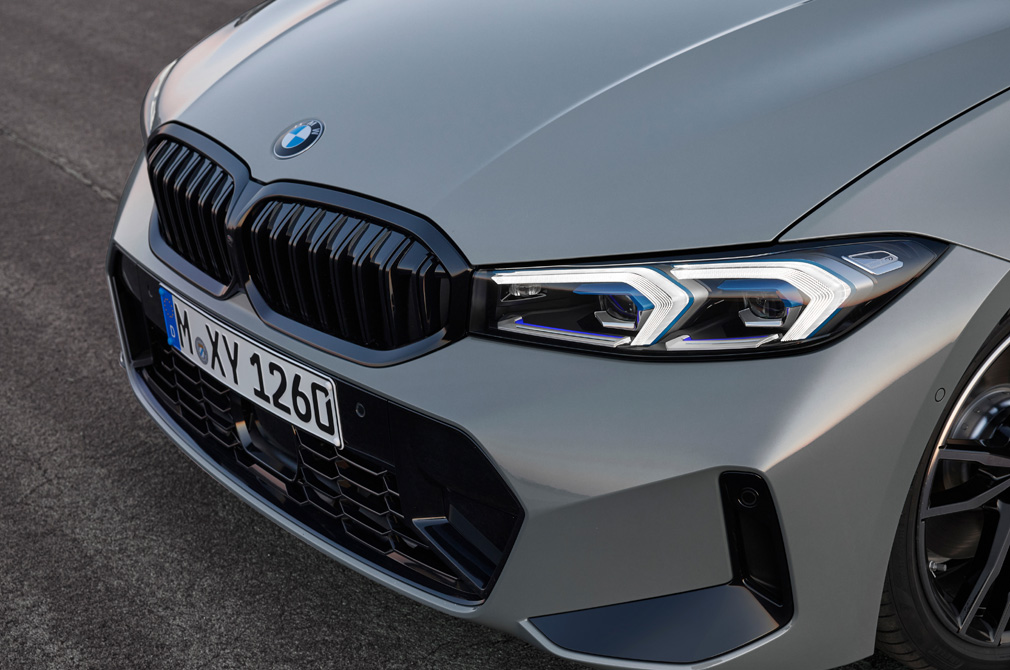 The new 3 Series also gets new front and rear aprons, which are now endowed with far more geometric shaping much like those that we have seen on the facelifted BMW X3 SUV.

At the rear, the new apron hugs new exhaust finishers, which depending on the engine variant, are either 90mm or 100mm in diameter.

These certainly look better than those faux exhaust trim items on the Mercedes-Benz C200. 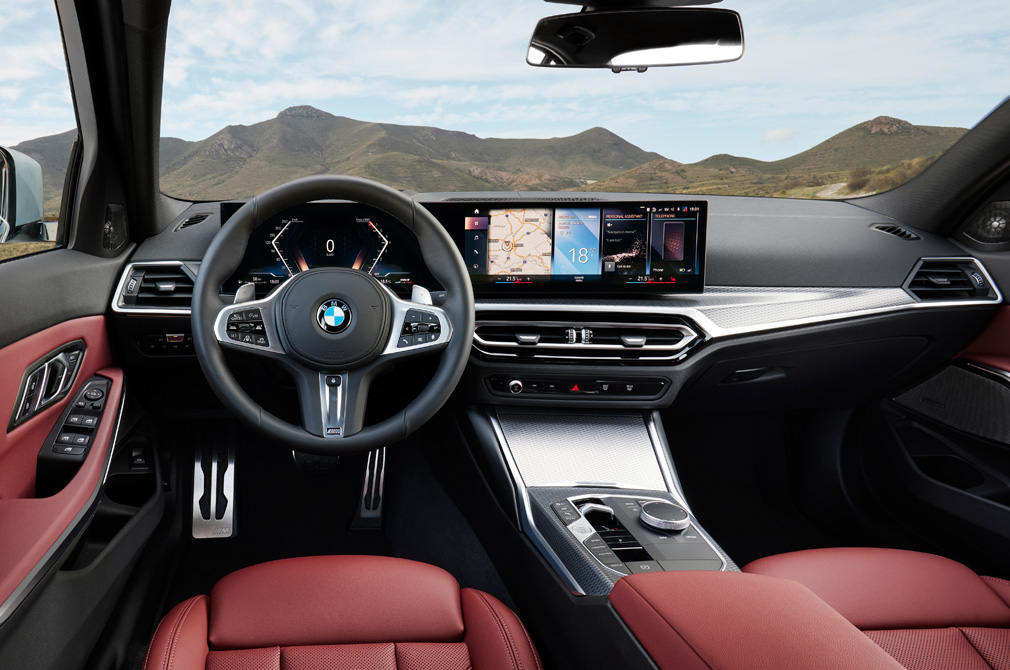 The 12.3-inch instrument cluster and 14.9-inch infotainment display are now integrated into one curved unit.

Like your Bimmer blacked-out? You’ll be glad to hear that the new BMW 3 Series now comes with the M High-gloss Shadowline trim, which finishes your window surrounds in black.

But if more visual aggression is needed, the car will also be offered with the M Sport package.

Opt for this and you’ll get your BMW kidney grille with the mesh design, as well as 18-inch light-alloy wheels and some tasty trapezoidal tailpipes.

The changes are more apparent inside the new 3 Series. 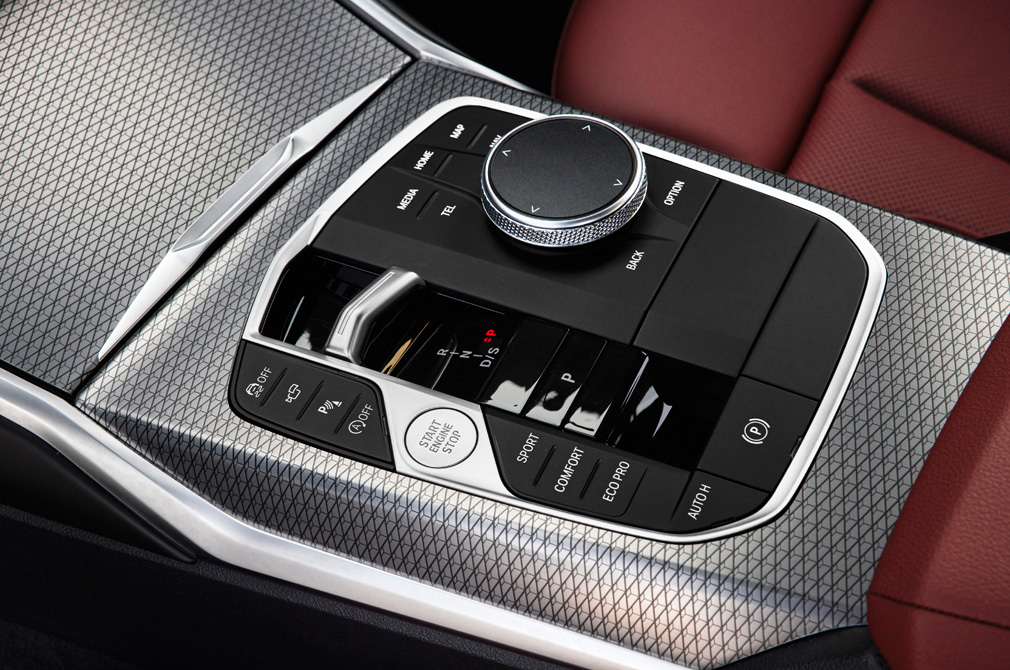 You’ll get a toggle switch instead of a lever as the gear selector.

BMW’s Curved Display makes its debut in the junior executive. The unit combines a 12.3-inch information display with a 14.9-inch infotainment display. The system, of course, runs BMW’s Operating System 8.

On the centre console, the old gearshift lever has been replaced with a toggle switch.

A WIDE VARIETY OF DRIVETRAINS

BMW is offering this new 3 Series with three different 4-cylinder petrol engines. These will offer outputs ranging from 154bhp to 242bhp.

The latter has gotten a new exhaust manifold integrated into the cylinder head, along with an upgraded turbocharger. 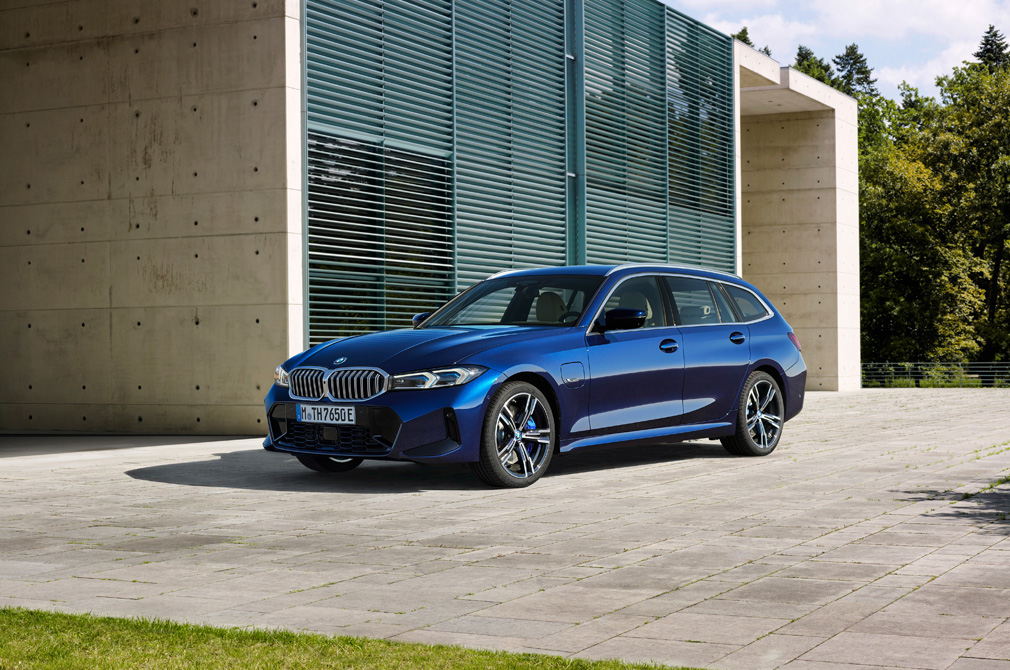 Two plug-in hybrid variants are being offered at launch with either 201bhp or 288bhp.

There are also two plug-in hybrid engines, with total system outputs of 201bhp and 288bhp offered both for the sedan and the touring body.

All engines for the new BMW 3 Series are linked to an 8-speed Steptronic transmission as standard.