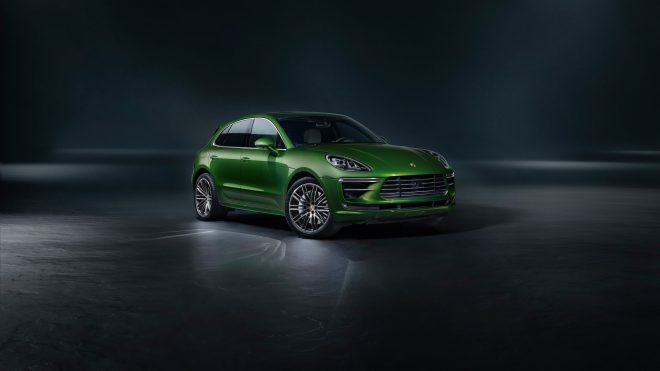 Despite getting a smaller engine, the new Porsche Macan Turbo develops 20hp more than its predecessor.

The new Porsche Macan Turbo gets a whole raft of new tweaks and features to distinguish itself as the king of Porsche’s baby SUV lineup.

It gets more power, better stoppers and a revised front and rear design. 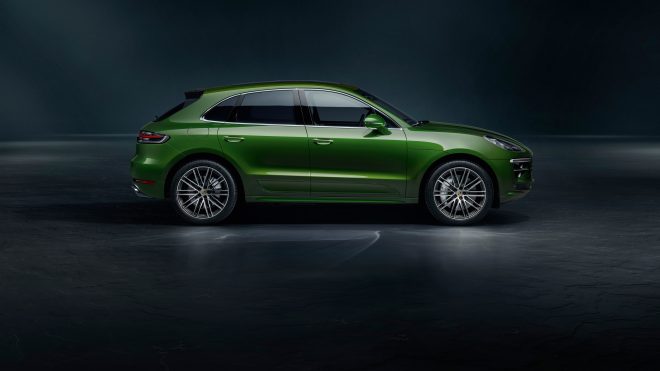 To be precise, it develops 440hp, 40hp more than the previous Macan Turbo.

It still retains the “hot-V” layout, where the turbos are nestled in the V of the engine.

Maximum torque of 550Nm arrives between 1800 and 5600rpm and it all fires through a seven-speed PDK dual-clutch gearbox and Porsche Traction Management (PTM) all-wheel-drive.

With the optional Sport Chrono Package, the baby Porsche sprints to 100 km/h in 4.3 seconds (4.5 seconds without).

Its top speed of 270km/h – not that you can reach it in Singapore – is 4km/h higher than before. 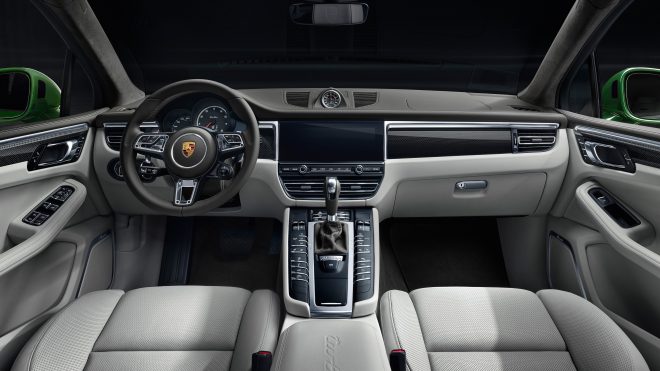 The new Porsche Macan Turbo gets a tweaked interior.

A smartphone cradle with Qi-standard inductive charging is now available as an option for all Macan models.

The system can accelerate and brake the Macan Turbo semi-automatically up to 60km/h and helps the driver to steer in traffic jams and slow-moving traffic.

Externally, the Macan Turbo gets unique accents like the Turbo-specific front apron and the fixed roof spoiler with a double-wing design.

As standard, it also gets LED headlights, including the Porsche Dynamic Light System (PDLS).

The specially developed fixed roof spoiler with its double-wing design is typical for the Turbo model.

The sports exhaust system, fitted as standard, can be recognised by its unique, silver twin tailpipes.