Audi A4 takes on the Volkswagen Passat in this executive saloon shootout
Loading posts...
0 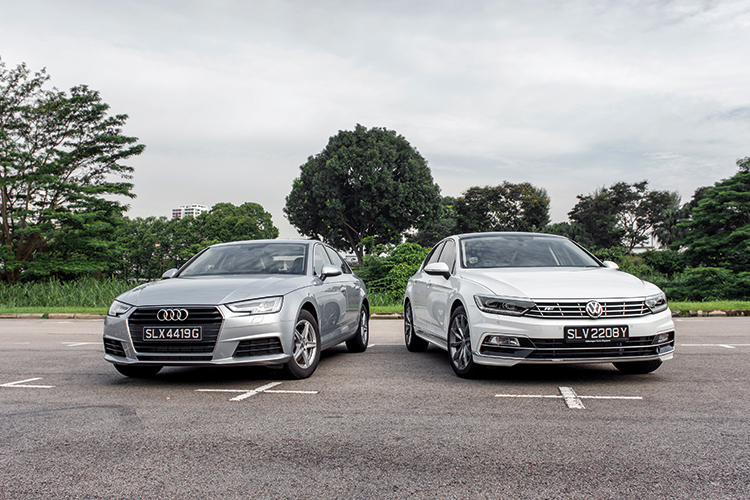 Would you believe this is a Torque road test comparing the Audi A4 and Volkswagen Passat – two saloon cars?

Yes, two saloons, and not SUVs, which are rapidly taking over the market, thereby displacing the sleek and honest passenger “car”.

These two representatives from the endangered notchback species come from the same family in Germany, but each has a certain uniqueness that sets it apart from the other.

Both the Audi A4 and Volkswagen Passat are 2-litre/four-door/five-pax saloons and they share a high degree of technical commonality. But, just like siblings in a family, the two members of the VW Group household are quite different.

The Audi A4 has been a consistent competitor in the premium executive segment alongside the BMW 3 Series and Mercedes C-Class, while the Passat has been creeping up from a more mundane background to challenge the established players. 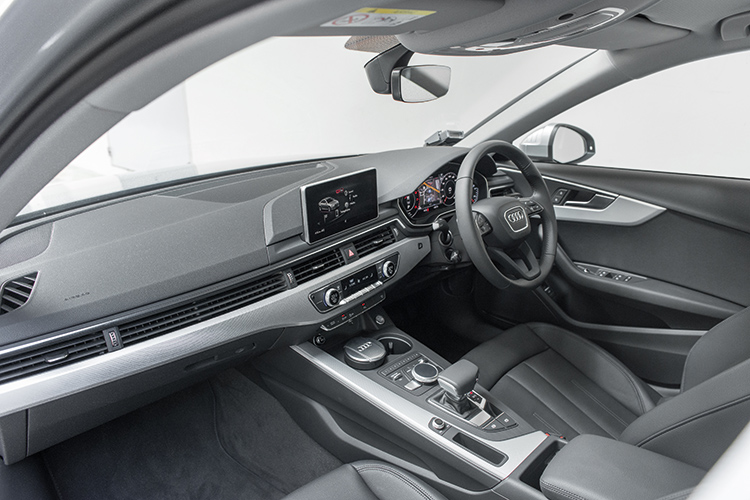 Audi A4’s cockpit is more idiot-proof than the Volkswagen Passat’s.

Audi’s A4 is the darling of the brand, being a long-standing top-seller in the company’s saloon lineup.

A little-known fact is that the Audi A4 began life as the Audi 80, a derivative of the mechanically identical Volkswagen Passat belonging to the same era.

Giugiaro’s Italdesign restyled the four-door fastback Passat to create a three-box saloon which, back in 1972, was arguably the prettiest around, whether with two doors or four. While the 80 became the Audi A4, the Passat continued with its name unchanged.

After years of building rear-engine vehicles, Volkswagen entered the mainstream front-wheel-drive market in 1972 with the Giugiaro-styled Passat.

Here’s another little-known fact: VW’s first-ever front-drive car was actually a 1970 model called the K70, largely based on the NSU RO80. 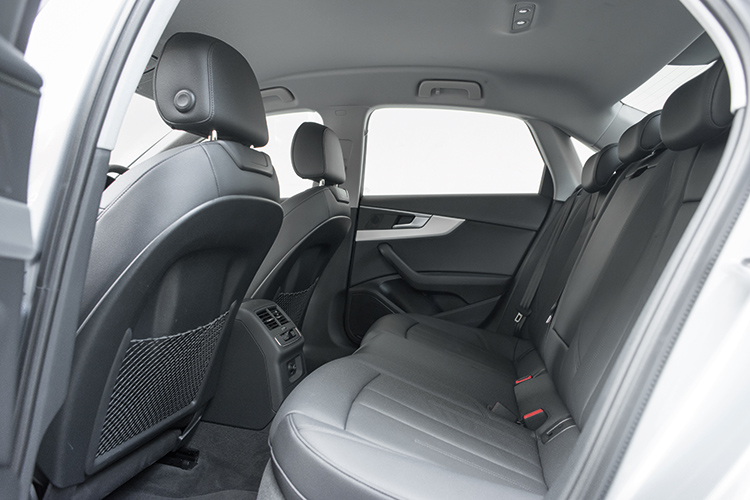 The boxy K70 was not a huge success, mainly because of its spiritual links with the beautifully engineered but disastrously unreliable Wankel-powered NSU.

Volkswagen developed a completely new car from the ground up with a new chassis, engine and body to take over from the more expensive and lacklustre K70. It was called the Passat.

The latest 2-litre Audi A4 comes with a new 4-cylinder engine that incorporates what the company calls B-cycle technology.

There is no real magic here, just that the camshaft is designed to operate on a Miller cycle where intake valves close early, reducing the intake phase in low- and part-load conditions.

The resulting quantity of combustible charge (air-fuel mixture) is commensurately reduced to a similar mass as in a 1.4-litre engine, but the combination of a seriously high compression ratio (11.7:1) and the expansion volume of the actual 2-litre capacity provides noticeable benefits in overall engine efficiency. 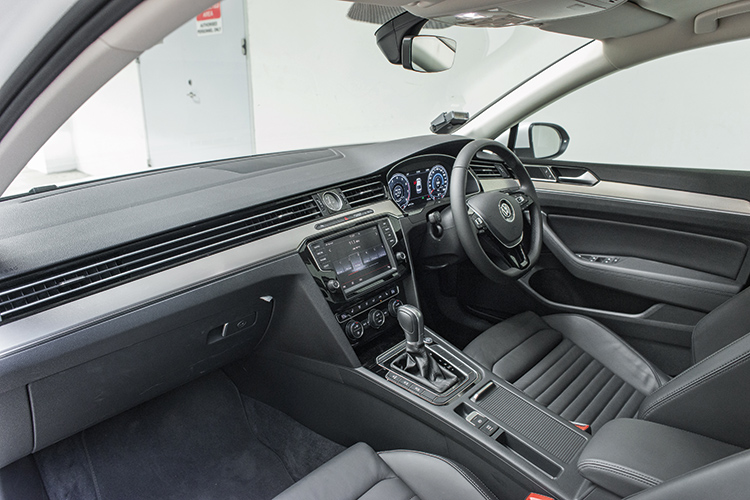 Volkswagen Passat cabin is more practical and has better seats than the Audi A4.

In order not to compromise the engine’s maximum power output, a valvetrain mechanism switches to a different set of active cams to run on a normal four-stroke cycle to deliver the 190 horsepower.

With an identical displacement of 1984cc, the Passat’s transversely mounted engine has some very basic links to the Audi’s engine here.

But the Passat operates on the conventional four-stroke cycle and its two camshafts have only one set of cams.

Nonetheless, the timing is variable and continuously controlled for optimised economy and torque, and like the Audi A4 engine, there are direct and manifold injectors for each cylinder.

The Passat’s powerplant is almost identical to the one inside the current Golf GTI, but has been tuned for marginally less power (220hp versus 230hp), although this is still 16% up on its Audi cousin. 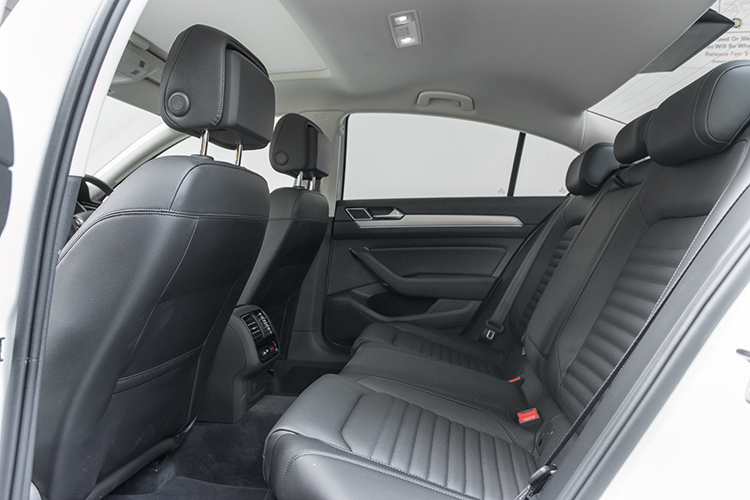 In terms of exterior appearance, the Audi A4 and Passat have noticeably distinct characters. Choosing the better-looking saloon in anyone’s opinion would be wholly dependent on personal taste.

That being said, the Audi enthusiast will naturally prefer the Audi A4, which resembles the higher-class A6 and the top-of-the-line A8. While the Passat doesn’t look like any other VW model today, its edgy shape and classy detailing are generally well-liked.

Neither design, however, is groundbreaking. If anything, both designs lean towards the conservative side of contemporary saloon styling, so as to attract the widest possible audience.

The interior themes are more avant-garde. Different brands of the same automotive family used to share most of the interior components, such as instruments, buttons, switches, stalks and even door handles. Well, not anymore.

I could not find a single item used on the dashboard, centre console or any other part of the cabin that is shared by these two cars. In fact, I couldn’t see any evidence that the Audi A4 and Passat are of the same parentage. 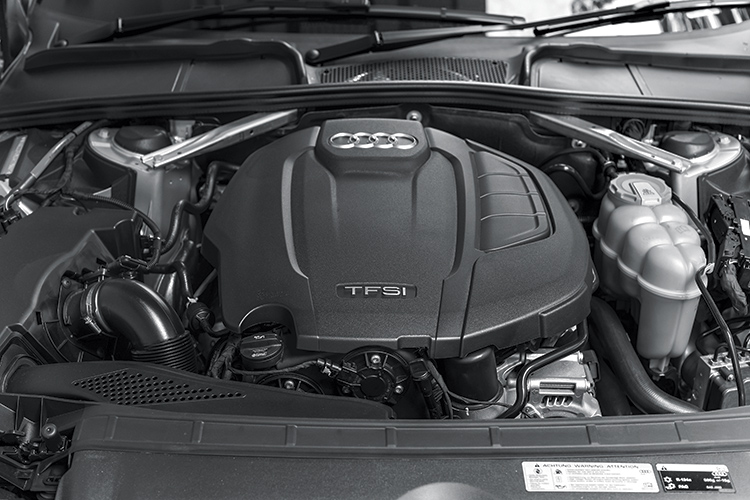 Both cars are equipped with plenty of standard features, which include a so-called virtual cockpit with digital-graphics instruments in front of the driver and a high-definition, centrally mounted infotainment display.

The Passat’s dashboard presentation is more sophisticated than the Audi A4’s, but the latter’s excellent MMI interface, with a touchpad in front of the gearlever, is incredibly user-friendly and also less distracting than the touchscreen of the Passat.

Volkswagen says “Everything at your fingertips” to describe its latest infotainment system in the Passat, but those fingertips leave annoying fingerprints on the otherwise glossy black screen. Thankfully, the pull-down menu is logically layered and the various settings are relatively straightforward to access and utilise.

While the new generation of drivers used to the ubiquitous smartphone may well prefer the index-finger touch operation, Audi’s decision to install knurled wheels on the steering wheel and a “real-life” volume control knob on the centre console is hugely appreciated. These conventional controls are tactile, intuitive and precise, and require no visual attention during usage.

Being modern products made by VW-Audi, both the Passat and A4 boast interior quality of a high standard, which is a critical factor at this price point within the D-segment, where the buyers tend to be more discerning than the C-segment demographic (Golf, A3, etc) and therefore expect more than the usual. 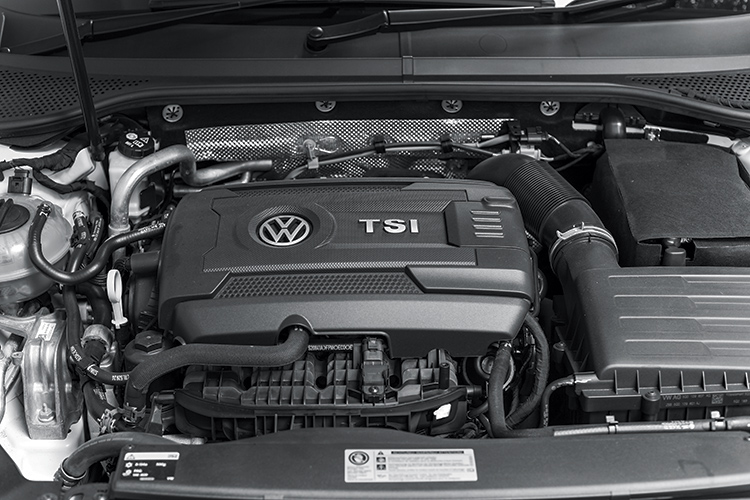 Both these vehicles should be able to comfortably satisfy such demands. Besides looking classy, every feature or fixture that you touch within either cabin feels good and works fluidly.

Interestingly, the Passat has an advantage over the A4 in the gadget count, particularly in this R-Line specification tested here.

Pretty much at the top of the VW SG tree in terms of features, the Passat R-Line comes with a long list of standard equipment that includes Active Info Display, head-up display, Discover Pro infotainment+navigation system, panoramic sunroof, Dynamic Chassis Control (Comfort/Normal/Sport) and a pair of gearshift paddles.

On the exterior, the R-Line package gives the Passat a sportier demeanour compared to other variants, with sporty upgrades in the form of 18-inch alloy wheels, a “fiercer” grille, “racier” bumpers, extended side sills, a glossy black diffuser and chrome-plated tailpipe outlets.

In contrast, the Audi A4 is a plain-Jane car with 16-inch wheels and no attempt to look like an Audi Sport wannabe. However, the Audi A4’s quieter design would appeal to corporate types who prefer some degree of understatement in their corporate rides. 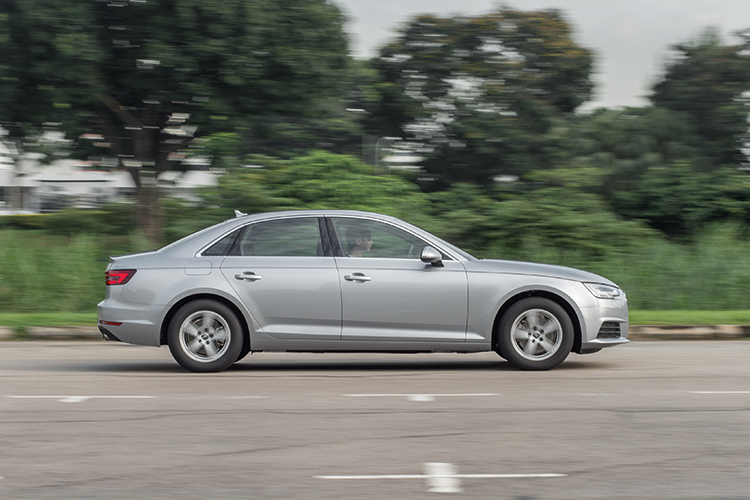 Audi A4 has greater efficiency and a more supple ride quality.

I expected the driving experiences provided by the Audi A4 and Passat to be drastically different, since the former is an economy-oriented model while the other is more extroverted and has 30hp more horsepower.

Yes, the Passat is noticeably quicker off the line and in the mid-range, but its character differs little to that of the Audi A4. Both possess loads of refinement in power delivery, engine noise, and seating comfort for driver and passengers alike.

The Audi A4’s 7-speed dual-clutch S tronic gives it an advantage in highway cruising refinement, along with superior fuel economy in light-load driving at constant speed, all undoubtedly aided by the B-cycle mode.

On the other hand, the Passat with its 6-speed dual-clutch DSG offers more energetic performance, yet it too is refined at cruising speeds.

In this two-way shoot-out, there is no clear winner in the ride-and-handling department, even though the Audi A4 is shod with 60-profile tyres versus the VW’s 45-profile rubber. 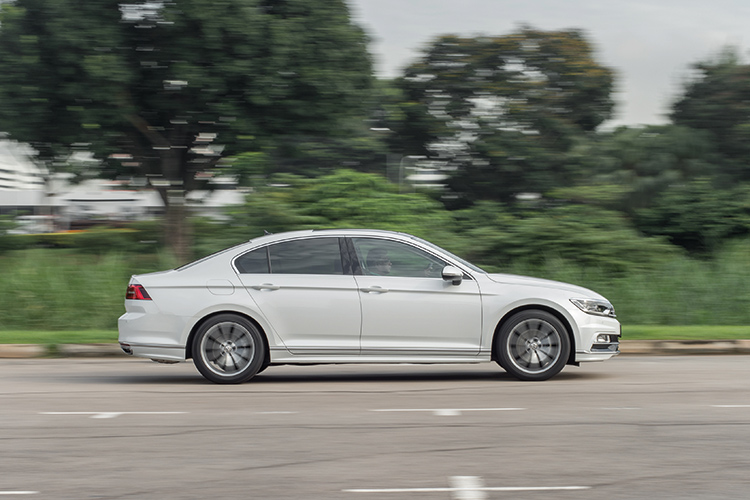 Volkswagen Passat has sharper handling and is much more energetic than the Audi A4.

Through sharp corners, the marginally larger Passat has sharper turn-in and hangs on a little longer before understeer sets in, while the A4 compensates for its softer responses with a more supple ride.

Overall, the family heritage is evident in both cars, whereby safe and responsive manners are ideally balanced with everyday ride comfort. It’s as good as it gets in this executive saloon category.

The Audi A4 and Volkswagen Passat should have had identical pricing of $166k, if not for the $10,000 VES surcharge levied on the VW. The Audi is in the VES neutral band, so its value proposition in this story is stronger.

Prices aside, choosing between the fuel-efficient Audi A4 and the flamboyant Passat could boil down to pure badge preference – four rings interlinked, or the letters V and W interlocked in a circle. 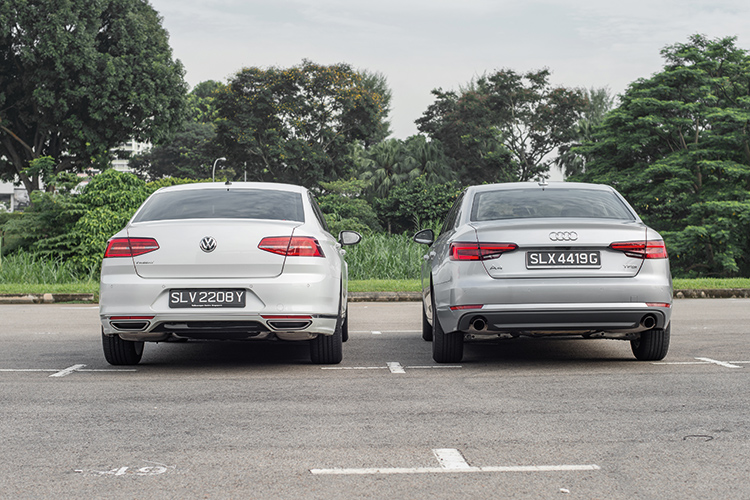 Audi A4 has understated styling that would appeal to low-profile executives, whereas the Volkswagen Passat is more flashy.