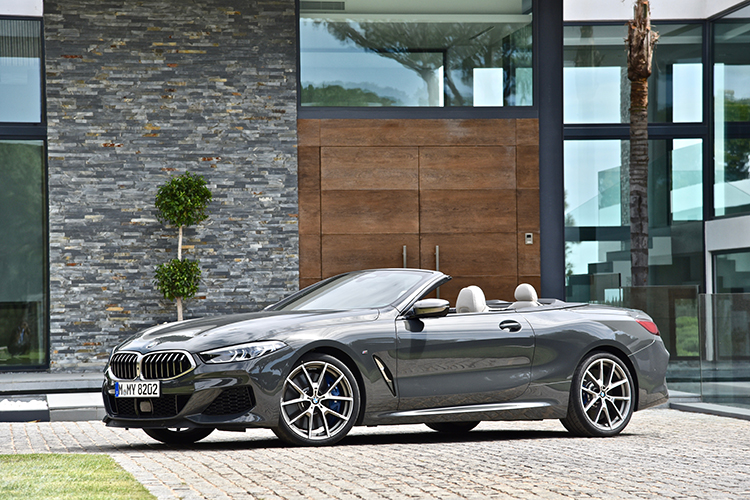 The “rebranding” is to better reflect the BMW 8 Series’ position in the luxury segment.

Convertibles lose structural integrity due to the lack of a fixed roof. So, more bracing and strengthening are needed. This adds weight to the car.

The M850i xDrive Convertible tested here is 125kg heavier than its coupe equivalent, which weighs in at over two tons (2015kg, to be exact). The 8 Series Convertible’s twin-turbocharged 4.4-litre V8 has been reworked to produce 530hp and 750Nm of torque. These figures are 80hp and 100Nm more than what the motor produces in the 650i Convertible.

The M850i Convertible is faster than its 650i Convertible predecessor, with zero to 100km/h accomplished in 3.9 seconds, a massive 0.6 seconds quicker.

For better control, the M850i Convertible is bestowed with rear-biased all-wheel-drive, active rear-wheel steering, and a differential lock at the rear axle. These components enhance grip and deliver nimbler handling on twisty roads.

Too bad the electric power steering is devoid of any real feedback. The M-Sport steering is quick and looks the part, but it’s simply too inert to inspire confidence (even in Sport or Sport Plus modes). 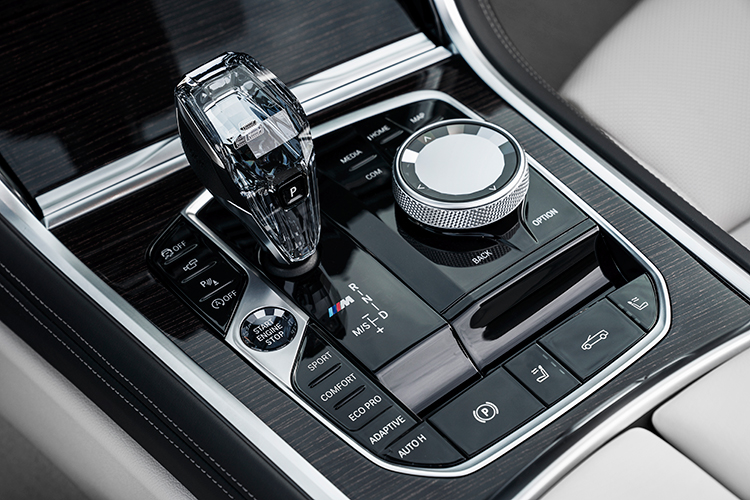 That’s not to say the M850i Convertible lacks handling finesse for a largish GT car.

Judging by the well-worn treads of the mixed-size 20-inch tyres on our test car, other journalists clearly had a blast in it through the mountainous test route.

Select Sport mode from the Driving Experience Control and the dampers firm up, the accelerator becomes more responsive, the gearbox holds on to the lower gears longer, and a sporty V8 rumble makes itself heard.

Select Sport Plus and the experience intensifies, complete with a pop-and-crackle exhaust note.

In Comfort mode, the ragtop becomes serene. There is still ample torque from very low revs and the M Sport adaptive suspension softens to almost 7 Series levels of plushness. 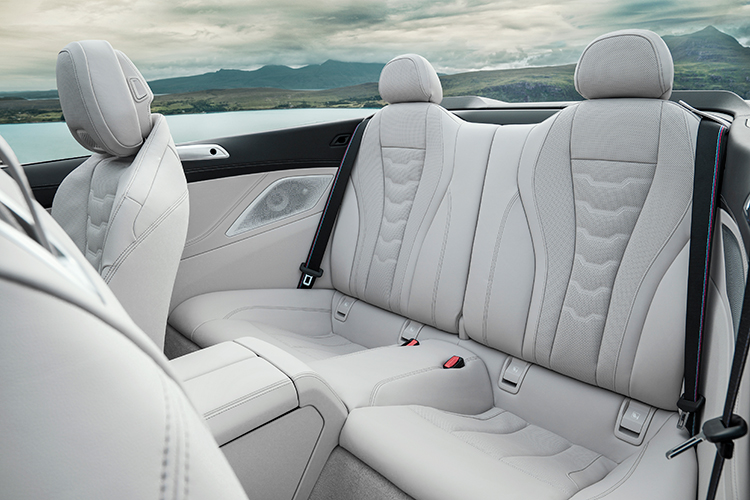 This is just the mode to iron out ruts, bumps, and cobbled streets.

With roof down, there is a hint of exhaust note on acceleration, a reminder of the twin-turbo V8 engine lurking beneath the bonnet.

Buffeting winds become a distraction at three-digit speeds. Thankfully, putting up the hood is a button press that takes all of 15 seconds (previously 19 seconds).

With the soft-top closed, the convertible is as hushed as the coupe version, even on fast highway jaunts. 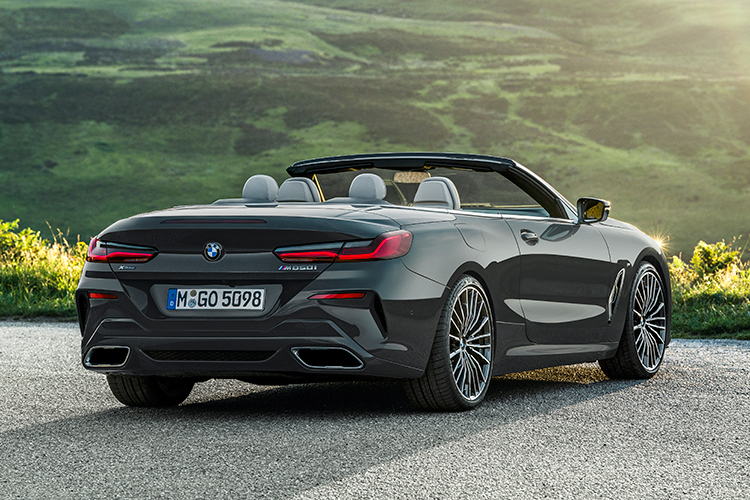 Still, it manages to cut a svelte and athletic figure. It has a broader girth (plus 8mm), lower height (minus 20mm), and has numerous sporty design elements.

Inside, you’ll find premium leather cladding that extends to the dashboard, cockpit cowling and door shoulder trim. There’s also aluminium trim detailing and a sprinkling of glassy bling for the gearshift knob and controls’ capping.

Like all new BMWs, the 8 Series Convertible also gets the futuristic Live Cockpit Professional digital display.

Included in the AI package is “Hey BMW” voice actuation. Running on BMW’s latest Operating System (OS) 7.0, it has been enabled for over-the-air future upgrades.

With the soft-top up, rear vision is limited. That’s where the 360-camera comes in handy.

Even niftier is the Reversing Assistant, which enables hands-free reversing. It can reverse the car by tracing the last 50 metres of forward travel. This should come in handy in tight carparks where three-point turns are impossible. Like its coupe sibling, the M850i xDrive Convertible can be plush or punchy.

As the al fresco teaser in the 8 Series line-up, it hints at more delectable 8 Series variants to come.

When the four-door 8 Series Gran Coupe and M8 models arrive, niche luxury car aficionados will be spoilt for choice. 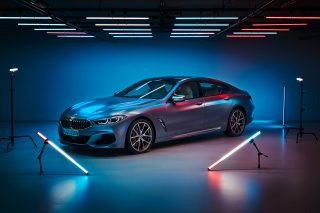