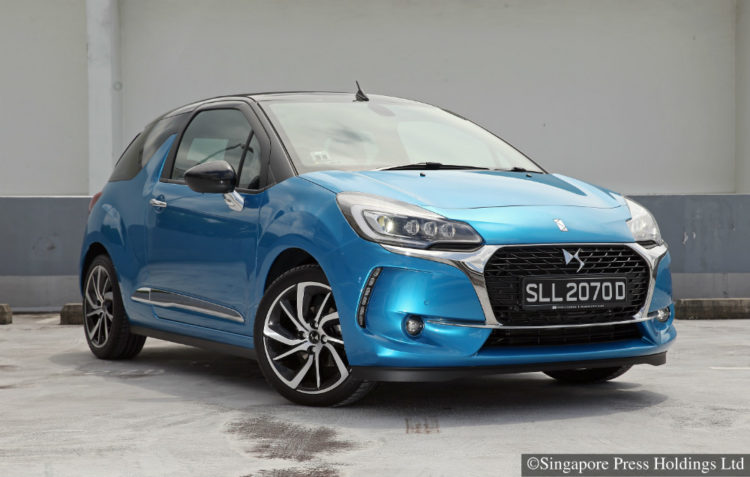 The idea is workable. Create a premium sub-brand lined with products boasting better design, better quality and better features – and charge more for them.

Execution, however, is not so easy. You need meticulous and consistent attention to detail.

In this respect, Lexus is the gold standard. The Toyota sub-brand has succeeded fabulously. Infiniti and Acura have fared less brilliantly for Nissan and Honda respectively, but they do have an established following in various markets.

Now, Citroen wants to get into the game. Its DS sub-brand was announced in 2009 and launched in 2012.

Most people will go “DS who?” and that is understandable. For a new brand to have instant recall, a company has to spend truckloads of money on advertising and marketing.

But first, it has to make cars that are appealing. To that end, DS has nailed it on several counts. First off, its models are pretty stunning. They stand out in traffic. The DS3 is fun to drive, the DS4 is well-built and the DS5 is suitably adorned with bling.

So far, so good. Encouraged, Citroen is now aiming for Audi. It feels it has what it takes to woo some customers away from the Ingolstadt marque’s lesser models.

The new DS3 Cabriolet says that ambition may be a tad premature. The test car has a persistent rattle from its right door. The car vibrates like a pneumatic hammer at the lights when its parking brakes are engaged. It gets a little better if you shift to Neutral. 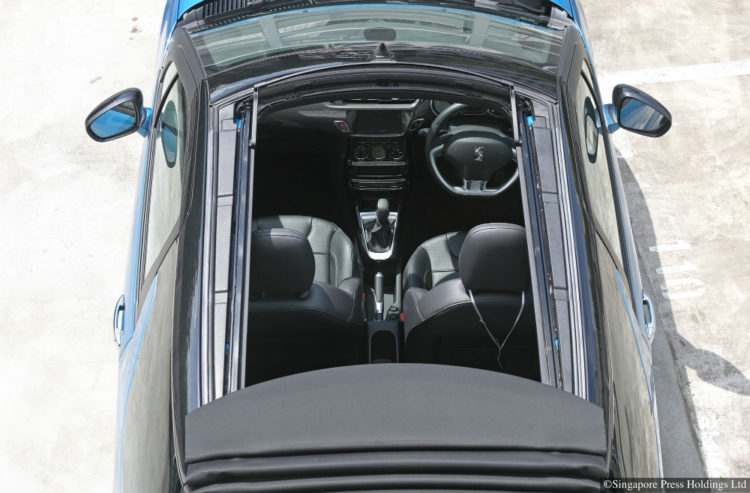 The DS3 Cabrio has a motorised soft-top that can be operated at speeds of up to 110km/h – a feature that is unmatched by traditional convertibles.

The lower half of its cabin is plasticky. Its glovebox cover is misaligned. Levers to unhinge the front seat backrests, so that passengers can get to and get out from its second row, are sticky – often requiring manicure-threatening force to operate.

The car’s ride is horrendously jiggly. And its parking sensors become hyper-sensitive when it rains.

Beyond these niggles, the DS3 Cabrio is pretty entertaining at the wheel. It is highly energetic and unbelievably torquey – especially for something with a diminutive turbocharged 1.2-litre engine.

And because of its compact footprint, it is as agile as it is zippy. It is effortless in tight confines and tighter corners, coming across like a MINI Cooper or a Ford Fiesta.

With 205Nm of torque available from just 1500rpm, the DS3 Cabrio offers instant gratification in the acceleration department. It feels a lot quicker than its stated 9.6-second century sprint suggests.

But all the oomph comes at a price. The car averages 11.1km per litre – about twice its declared consumption figure.

Then there is its sardine-can soft-top. At best, it is like a car with an oversized sunroof. It is not quite a convertible in the true sense of the word. The good thing is you can operate the roof at speeds of up to 110km/h – something unmatched by traditional convertibles.

Also, you have to contend with big doors (because it is a two-door) and a tiny boot. The car has a long equipment list, but then again, so does a Kia Cerato.

A Cerato, however, is not half as entertaining at the wheel, nor is it as eye-catching. The DS3 Cabrio thus, has a couple of things going for it – if you can ignore its many warts.