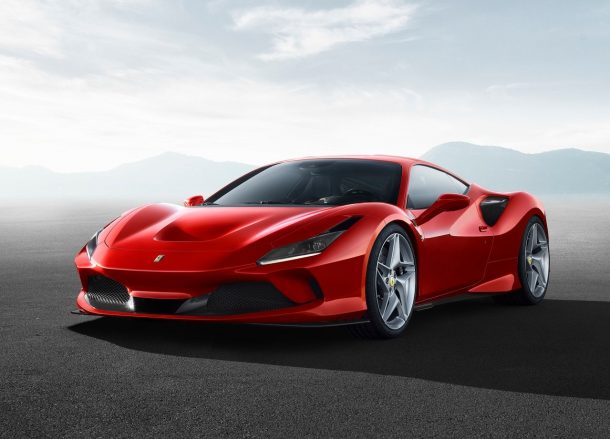 Ferrari F8 Tributo: even better than before.

The Ferrari F8 Tributo is the successor to the 2015 Ferrari 488 GTB. Tributo means tribute in Italian and is in reference to the marque’s multi-award-winning turbocharged V8.

Ferrari has used turbocharging twice before this – once to power the 1987 F40 and on its little-known 1980 208 GTB, a tax-friendly model meant for the Italian domestic market.

In the F8 Tributo, the engine is designed to meet the stringent Euro 6d emission standards. 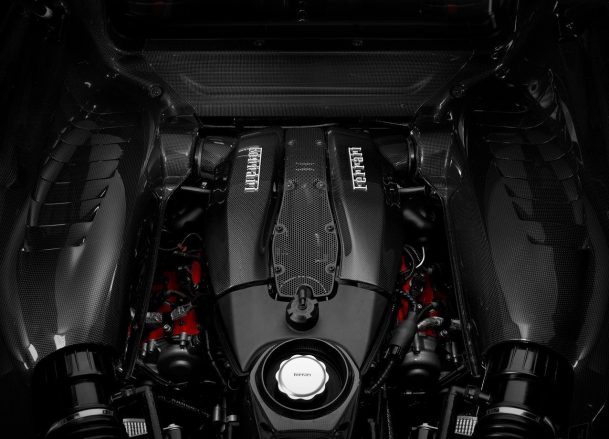 The engine in the Ferrari F8 Tributo produces 720hp.

Because of a power-sapping particulate filter in the exhaust system, the engine has to be boosted to offer the same power output of 720hp. External noise is also attenuated so Ferrari has devised a set of pipes to transmit high-frequency exhaust notes from just before the catalytic converters into the cabin.

Thanks to design maestro Flavio Manzoni, the Ferrari F8 Tributo is even sexier than the car it replaces.

The F8 heralds the return of twin rear tail lamps. They make the rear appear wider and lower. 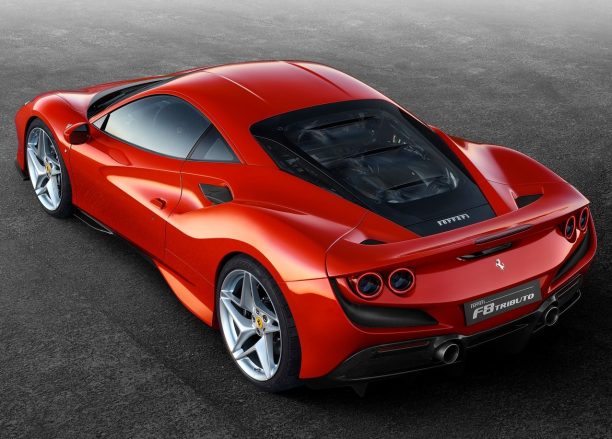 Twin circular lights make a return on the F8 Tributo.

Above the semi-active rear spoiler is a louvred lightweight Lexan rear windscreen paying homage to the one found in the F40. It saves weight, but does distort rear visibility.

Less controversial is the S-duct in the nose that helps plant the front of the F8 to the tarmac in high-speed corners. It is part of a revised aerodynamic-heat extraction scheme taken from the Ferrari Challenge cars and 488 Pista.

Top speed is raised by 10km/h to 340km/h, thanks to a 5 percent reduction in drag and 10 percent increase in downforce.

With its wonderfully sorted chassis and Ferrari’s side-slip control, the F8 can be driven with considerable brio through the many corners of Varano, a private circuit an hour’s drive from the Ferrari factory in Maranello.

The precision of the steering and chassis remains as faithful on the track as it did over country roads that led us to Varano. 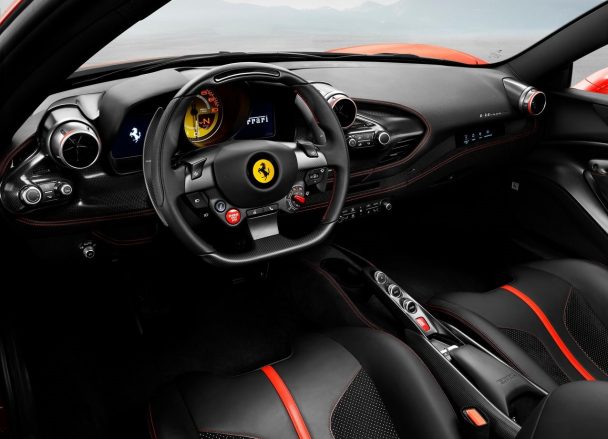 Remarkably, its electric power steering has decent feel. This keeps things interesting even when you are not cornering at the limit of the tyres’ grip. In this case, the Pirelli P-Zeros (not the semi-race tyres found on the Pista) have slightly less grip, but they still complement the F8 Tributo’s refinement with better ride and noise characteristics.

Yes, this F8 Tributo is blisteringly fast, but surprisingly not intimidating. Its side-slip control juggles power between the rear wheels and stabilises the car with minimal amount of steering and brake/throttle corrections.

Make no mistake, the Ferrari F8 Tributo is by no means a demure car. It requires an experienced driver to get the best out of it – like most Ferraris.