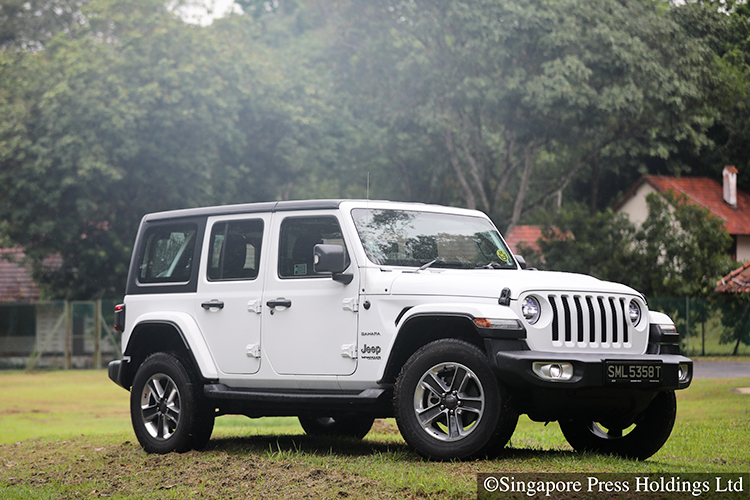 Authenticity is an overrated virtue. Because if it was not, people would be falling over themselves snapping up Jeeps.

Instead, they have been lining up to buy sport utility vehicles (SUV) from BMW, Mercedes-Benz, Audi, Volkswagen and Toyota.

In fact, every other brand besides the American SUV specialist.

Jeep focuses on making real SUVs – the kind which can actually handle more than just a gravel path. Its authenticity dates back to the 1940s.

But do people care? Going by sales, very few do.

But the times, they may be a-changing. As consumers become jaded with increasingly homogeneous SUVs which get dirty only in their minds, they hanker for something different.

Which explains why Jeep posted record sales last year of nearly one million units in the United States, with the Wrangler being its bestseller.

While still a little behind BMW’s X-series sales, Jeep is clearly witnessing a revival.

Having driven the latest Jeep Wrangler, it is not hard to see why.

The Wrangler is crude in many ways when compared with latter-day SUVs.

It retains a body-on-frame construction, which is suited to off-road exploits, but falls short of on-road ride and handling qualities that a monocoque chassis (favoured by mainstream car-makers) is known for.

The Jeep Wrangler has a floaty, water bed feel on the go. You get plenty of body movement, but damping is surprisingly superior to the more urbane Range Rover Evoque’s.

The Jeep Wrangler’s steering is truck-like – alarmingly vague and requires constant correction. As such, the Wrangler is engaging for a different reason.

Because if you are not fully involved at the helm, you might stray off course. This is made more challenging by the test-car’s off-centre steering. 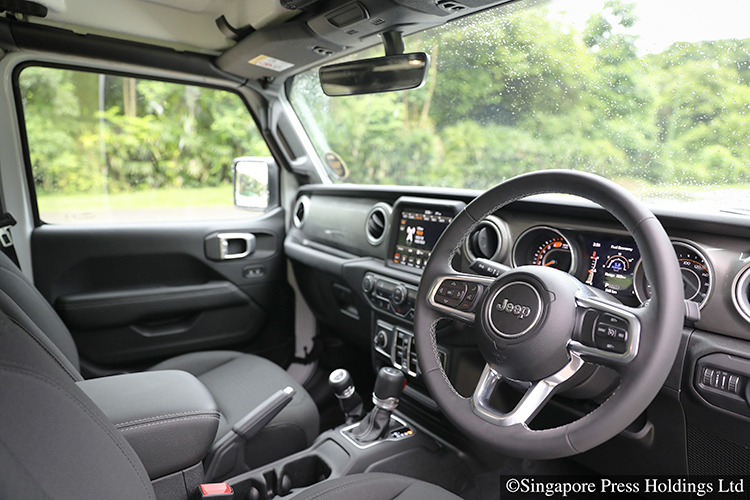 The Wrangler drivetrain is robust, with a new road tax-friendly turbocharged 2-litre engine transmitting power to all four wheels via an 8-speed automatic.

Such an engine-gearbox combo is modern for the Jeep Wrangler. Previously, the only petrol drivetrain available in Singapore (it actually still is) was a naturally aspirated 3.6-litre V6 mated to a 5-speed gearbox.

The turbo 2-litre and 8-speed auto is the more efficient combo, with more torque available from a lower engine speed to afford the 2-tonne vehicle better acceleration and fuel consumption.

Yet, it retains the hearty feel of the previous drivetrain, with a generous helping of unfiltered engine noise as revs climb.

Despite the better torque, the engine still has to go beyond 3000rpm to get to its tarmac duties.

Power is evenly distributed between front and rear axles.

But despite traction control and an anti-spin rear differential, the car is quick to wag its tail when a generous throttle is applied in the wet.

While these traits will be unforgivable in a modern SUV, they are strangely charming in the Jeep.

If for no other reason, they keep boredom at bay. Indeed, the Wrangler is fun in its own way.

At the wheel, you feel like you are driving a truly rugged machine. It has a high ground clearance, with usable non-slip sidesteps to facilitate muck-free ingress and egress.

True to its ancestry, the Jeep Wrangler comes with detachable doors and roof (two segments).

Its windscreen can also be flipped down, giving the five-seater a topless, sideless stance. A roll-cage ensures rigidity and safety.

Whether you are on a coastal expedition, an overland safari or just a jaunt to the club, this car makes the commute as much of an occasion as the far costlier Mercedes-Benz G-Class. 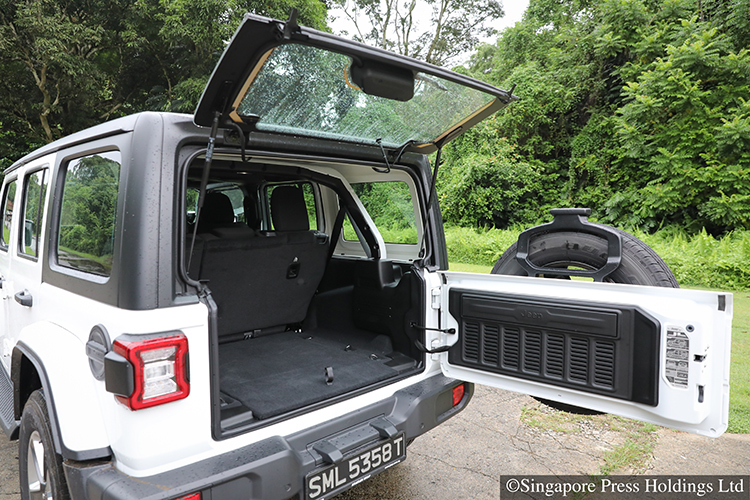 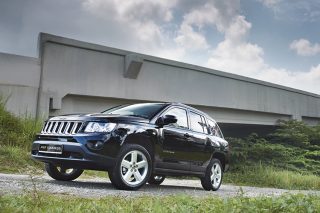