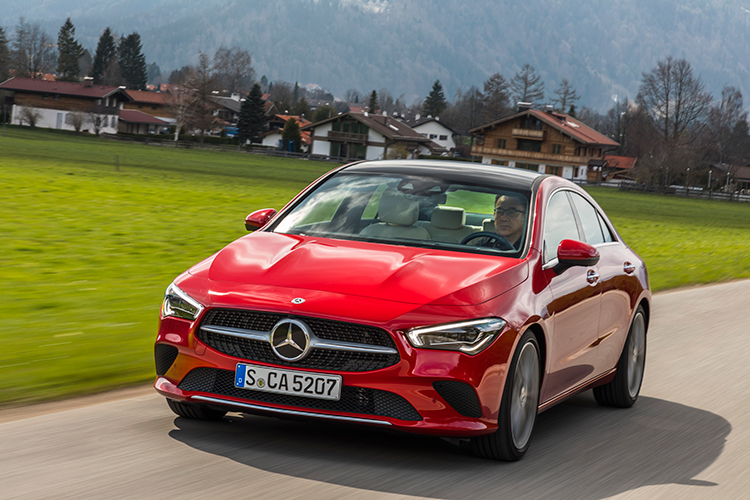 Following on the heels of the A-Class and B-Class is the third model built on Mercedes-Benz’s second-generation platform for front-wheel drive models – the new CLA.

Mercedes-Benz calls it a coupe – but I have issues with this because to me, coupes should have only two doors.

However, that’s a story for another day.

The exterior design of the CLA mimics that of the larger CLS, and it is longer and wider (and lower) than the first-ever CLA, which was introduced in 2013.

Being wider, it enabled the car’s front and rear tracks to be increased by 63mm and 55mm respectively, making it look for hunkered down. 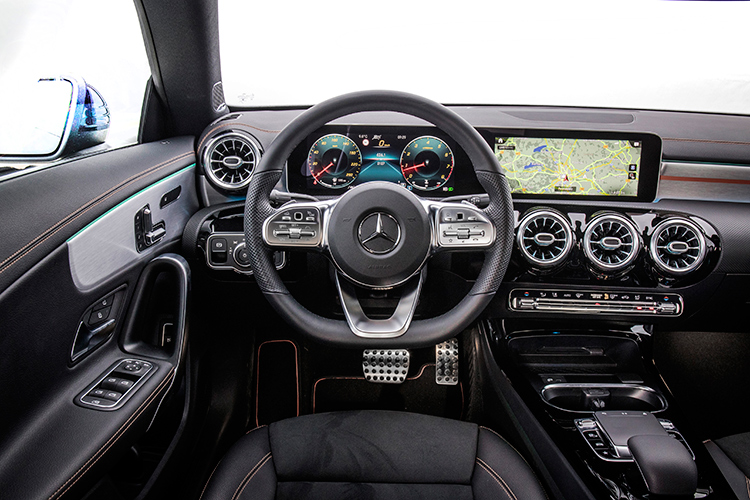 MBUX is a joy to use and really clever, too.

Despite the increased width and tracks, the car achieved a coefficient of drag value of 0.23 – second only to the world’s best 0.22 figure of the A-Class Sedan.

A member of the design team I spoke to also pointed out that the distance from the dash to the front axle has lengthened by 30mm to give the front a more stretched out, sports car-type silhouette when compared to the previous CLA.

I didn’t notice the difference.

Mercedes B-Class launched in Singapore from $178,888

However, what I could discern were the changes to the nose, sides and rear of the car.

The CLA is the third model to sport the “shark nose” – the first two being the CLS and S Coupe. 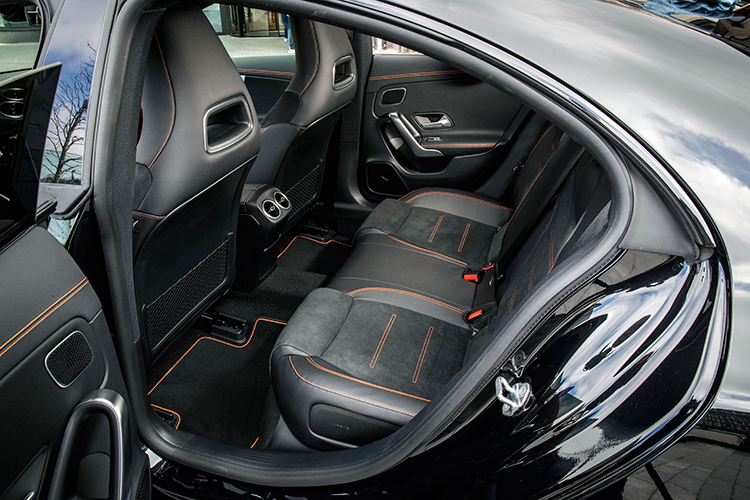 Together with the power domes on the bonnet, the car looks more aggressive when viewed from the front.

The flanks of the car are much smoother and devoid of the lines that made its predecessor look rather fussy while the shoulders bulge out more.

However, it is the rump of the car where the design team has earned its kudos.

2019 Mercedes-Benz B-Class is a better B

By incorporating a two-piece taillight, the boot lid looks neater. 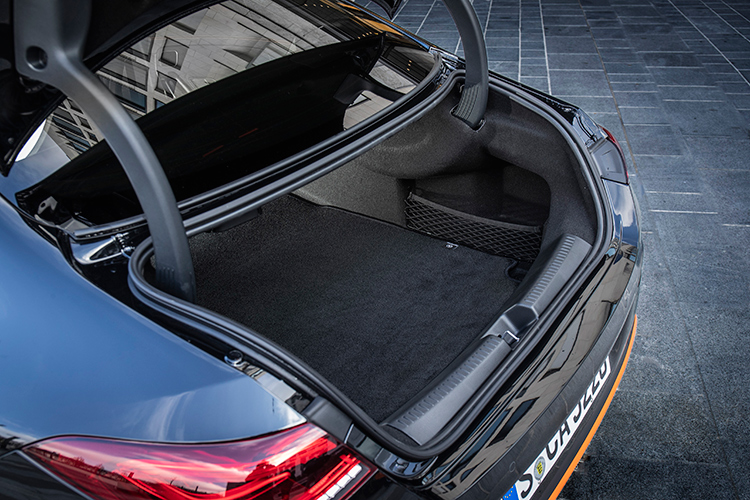 As it is also flushed with the bumper, the rear of the car now looks more in sync with the rest of the exterior.

The CLA200 I drove utilises the same drivetrain as the A200 – a turbocharged 1.3-litre 4-cylinder engine connected to the 7-speed dual-clutch gearbox.

The former is 7hp more than what the 1.6-litre unit which powered the previous CLA200 could muster. 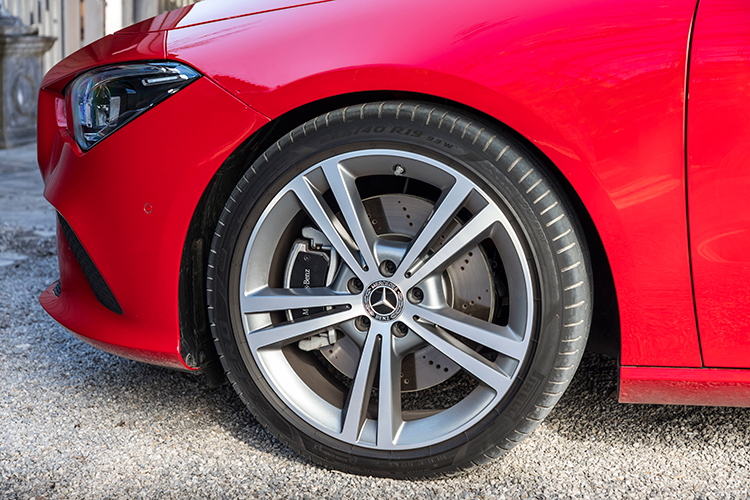 The transmission cannot be faulted – gear changes are swift and smooth.

The CLA200 is also equipped with cylinder shut-off.

The intake and exhaust valves of the second and third cylinders can be closed between 1250 and 3800rpm to save fuel.

While the engine is well suited to the car, it sounds rather uninspiring across the rev range.

The good news is that NVH is very well managed in the CLA200. 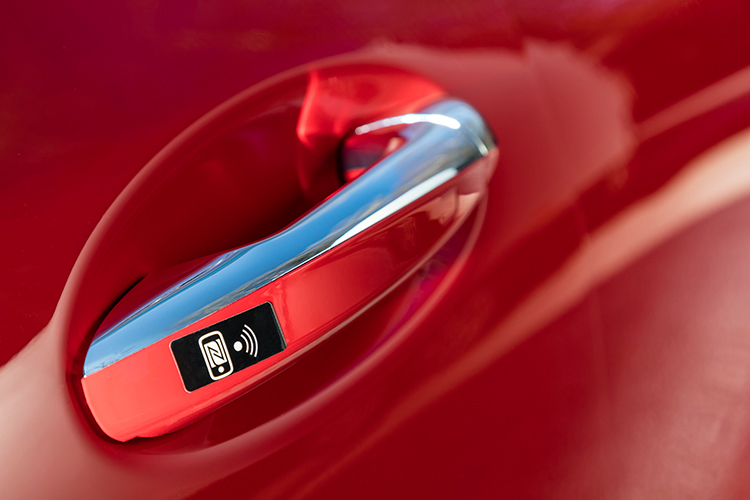 At a speed of 180km/h on the autobahn, only the hushed, rushing noise of the air flowing past the car can be heard.

Even though the test car was fitted with 19-inch wheels and low-profile tyres, the MacPherson struts and multi-link suspension did well to absorb the “hits” from driving over pockmarked roads.

On swoopy country roads, the CLA200 handles decently well, carving into and zipping out of corners with aplomb.

The CLA200 exhibits slight understeer when too much throttle is applied, but a lift-off was all that was needed to bring the nose back in line. 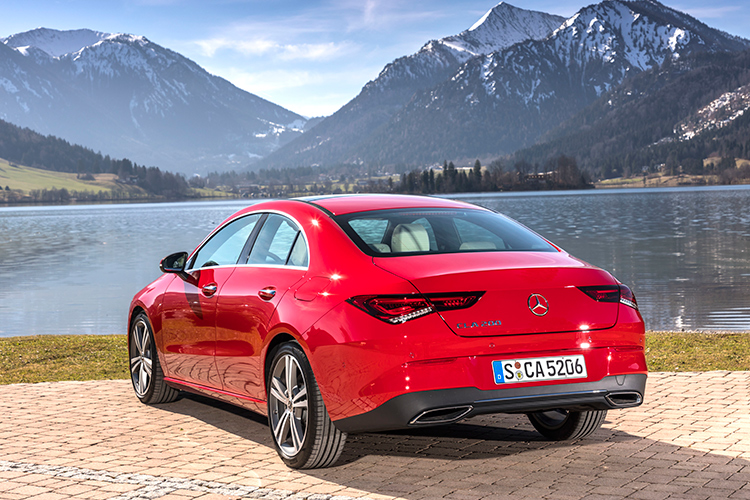 The steering was direct, but it lacked feedback.

The CLA200 is safer than before, with a myriad of safety and driving assistance aids, some of which are adopted from the S-Class.

Active Lane Keeping Assist is one such function I experienced.

When I drifted onto the centre line divider on a two-lane road, it tapped one side of the brakes to bring the car back into the lane.

Like the A-Class, the CLA200’s cabin is a cosy place to be in but space is still a premium. 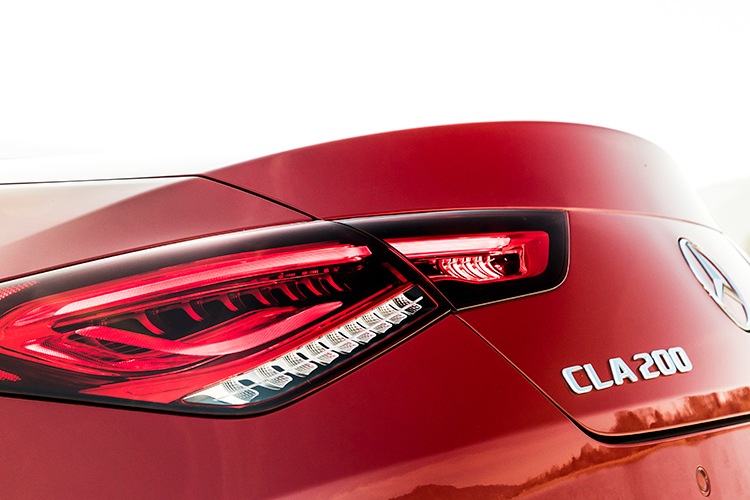 The wheelbase is 30mm longer than that of its predecessor but rear legroom has only increased by a miserly 1mm.

While rear elbowroom has improved by 35mm, two passengers at the back is optimum if comfort is a priority.

They must be shorter than 1.8m as well or the hair on their heads will brush the ceiling.

Taking centre stage in the cabin is the Mercedes-Benz User Experience or MBUX for short.

First seen in the A-Class, the system uses innovative hardware and software to turn the car into an intelligent personal assistant of sorts. 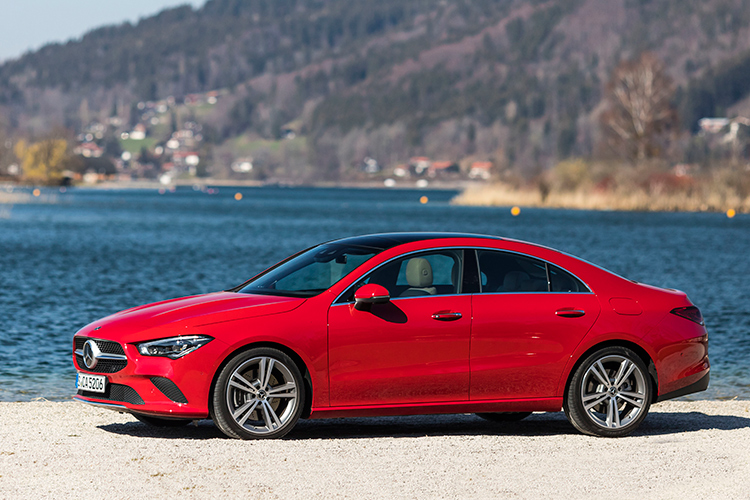 Think the latest smartphone but bigger and cleverer.

Complementing MBUX in the CLA200 I drove is the Premium Navigation Package comprising two 10.25-inch display screens – one for the driver’s instrumentation cluster and the other being the media display.

Besides being able to learn as it is being used, interacting with MBUX is easy – just start with “Hey Mercedes” and after it replies, ask whatever you need.

I requested for directions to the nearest McDonald’s and a Bee Gees track from Tidal, an audio streaming platform, and it complied both times.

A video image of the surroundings taken with the front camera is provided with helpful navigation information.

Mercedes-Benz sold 750,000 units of the first generation CLA (Coupe and Shooting Brake) and in Europe, every other customer previously owned a car from a different brand. 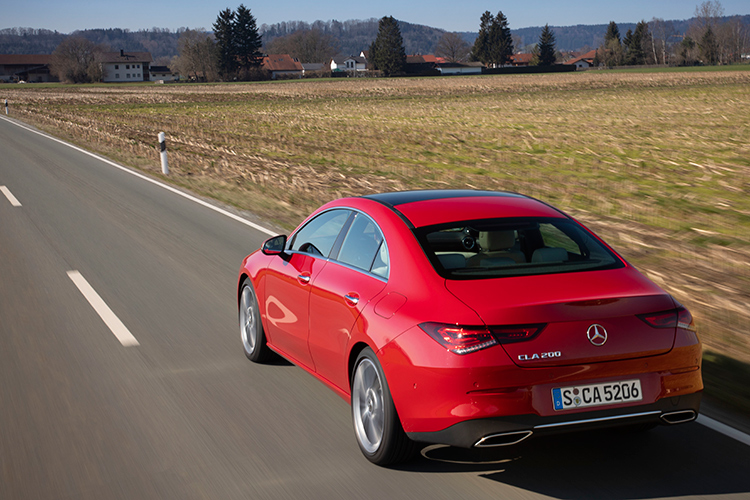 Turbocharged 1.3-litre pulls with fervour, thanks to its 163 horses and 250Nm.

While the company hopes to replicate the success of its predecessor, the new CLA’s strongest challenger comes from the A-Class Sedan, which is a proper four-door saloon.

In my opinion, the second coming of the CLA should have been a two-door only coupe.

The CLA200 will arrive in Singapore in the fourth quarter of this year.