Turbocharged cars: Why are they quieter than non-turbo cars? | Torque
Loading posts...
0 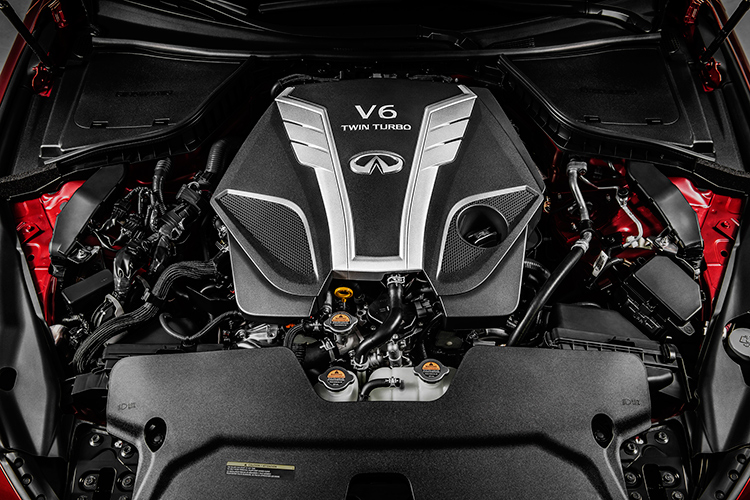 Turbocharged cars, like the Infiniti Q60 Red Sport 400, use the carmaker’s twin-turbocharged V6 engine (above).

You may have heard fellow enthusiasts complain that turbocharged cars tend to be quieter than non-turbo models.

So, why are turbocharged cars quieter than their counterparts?

If you recall, turbochargers are powered by an engine’s exhaust gases.

Exhaust gases that would otherwise have been sent down the pipes are used to spool turbochargers’ turbines.

When you take away a portion of the exhaust gases, there’s naturally less to send into the exhaust system.

And we all know that the exhaust system in a sports car is the biggest determinant of its soundtrack.

Indeed, Torque‘s resident dentist and supercar expert, Dr Andre Lam, has mentioned this in his reviews of the Ferrari Portofino and Ferrari 488 GTB.

Wait a minute! How come turbocharged cars like the Porsche 911 still sound good?

There are still other ways to make a turbocharged car sound good.

One way is by adding a resonator to the exhaust system to create those nice “vrroom vrroom” noises.

The Renault Megane RS has this, and it sounds way better than its predecessor.

Why do supercharged cars like the Jaguar F-Type S and F-Type R also sound good?

Unlike turbocharged cars, the supercharger in a supercharged car is powered by a belt that’s driven by the engine.

So, the exhaust gases can be sent straight towards the exhaust, where they get turned into wonderful-sounding notes.

This means that there are no lost gases. More importantly, turbo lag is greatly minimised.

What about those loud “popping” noises? How are they created?

The popping noises occur when ignition is retarded and unburnt fuel is sent into the exhaust system, where it combusts.

But that is another interesting story for another time!