The joys of an early-morning B-road blast in Malaysia | Torque
Loading posts...
0 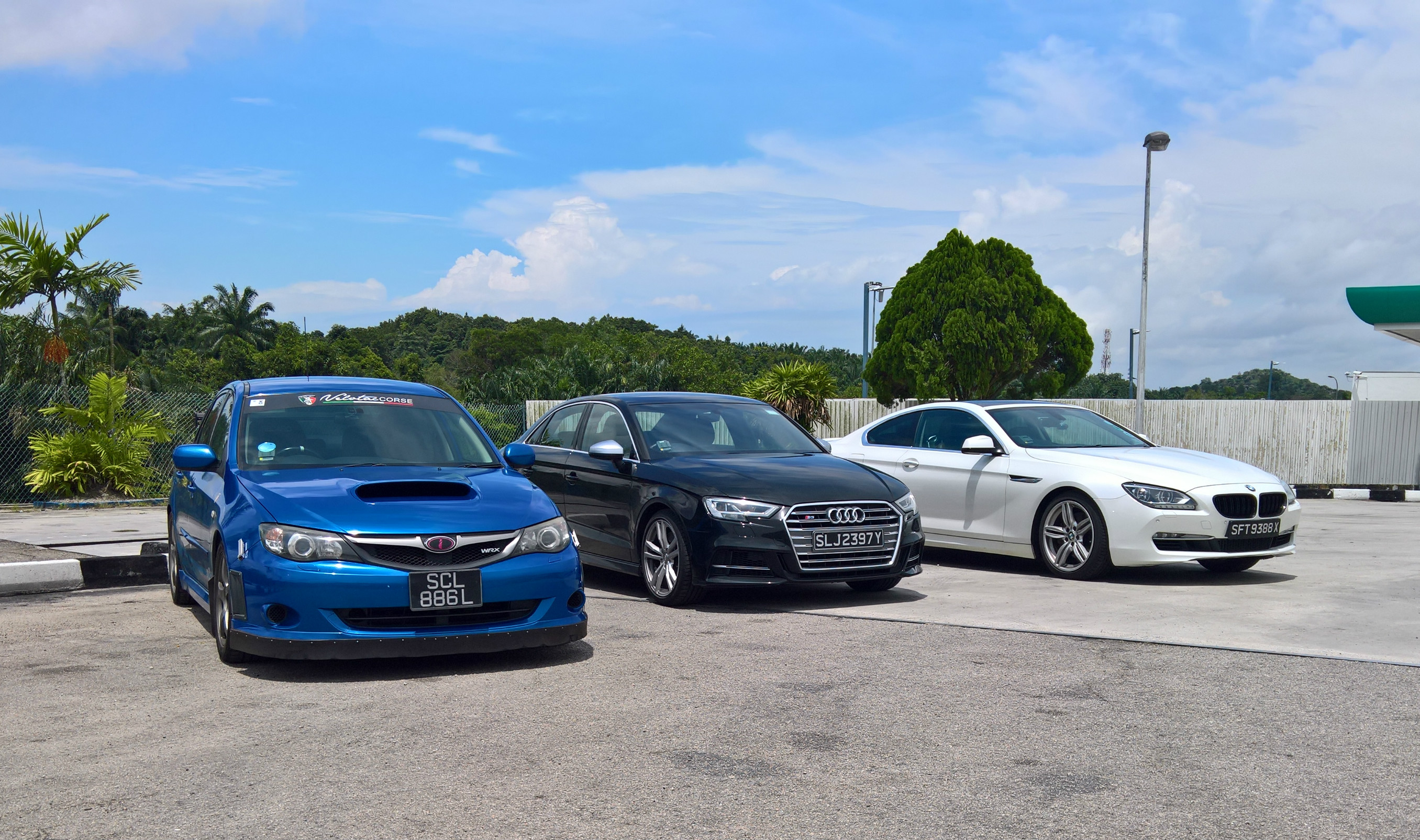 The writer drove up in an Audi S3, with his buddies in a Subaru WRX and a BMW 650i, and rediscovered the joys of an early-morning B-road blast in Malaysia.

Years ago, Malaysian B-road drives used to be my thing.

These short getaways – even if just up to the east coast of Johor for a morning roti canai and then back to Singapore by lunchtime – were wonderfully liberating, an escape from the stifling confines of our congested city roads.

Sometimes I’d go further – up to Cherating for lunch perhaps, or Fraser’s Hill or Cameron Highlands for an overnight stay.

But marriage and kids intervened, priorities changed, and time for these drives dwindled and then eventually disappeared.

So it was a thrill, a few months back, to rediscover the joys of a Malaysian drive. Nothing fancy – just up the North-South Highway to Kluang for breakfast, then B-roads to Paloh and Yong Peng, and back down the N-S to Tuas, in a three-car convoy with a couple of like-minded old buddies.

It’s always a good idea not to drive anything too flashy across the Causeway – not just to avoid attracting the wrong sort of attention, but also because shrieking past rural kampungs at three-figure speeds in, say, a crimson 488 GTB is probably not the most considerate thing, when the villagers’ average monthly wage is probably not enough to even top up the tank of said Ferrari.

So the Audi S3 saloon I took was perfect – pert and compact, in stealth black and without the flared arches of its hotter RS3 brother, it was a real sleeper. But with its turbocharged 290hp engine, all-wheel-drive and reasonably supple yet superbly controlled ride, it was as quick as any supercar would have been on these undulating backroads with their occasional ruts, potholes and off-camber bends.

Probably quicker, in fact, because on the day, it started raining – a slight drizzle at first, which in true tropical fashion, quickly turned torrential.

In conditions which would have had a 600hp rear-wheel-drive supercar with steamroller tyres backing right off to avoid aquaplaning into the oil palms, the all-wheel-driven S3 hurtled on undaunted, every extra squeeze of the throttle translating immediately into acceleration, not wheelspin.

And on the endlessly ducking, diving 30-kilometre stretch of rollercoaster tarmac between Paloh and Yong Peng, the S3 was simply supreme.

Its quick-geared, pin-sharp steering allowed it to carve through bends with millimetric precision, the intelligent all-wheel-drive setup chucking more torque to the back wheels to give the car an entertainingly rear-led attitude out of turns, and the car’s poise, balance and sheer ballistic pace proving utterly stunning.

On the long highway slog back, the S3 proved itself a fast, relaxing mile-muncher, too, wafting me in cruise-controlled comfort back home. Average consumption for the day? Over 10 kilometres per litre, despite the car’s stupendous backroad pace.

A morning well spent, for sure. I will be back. And I am already planning my next B-road drive, this time to somewhere further north than Johor. 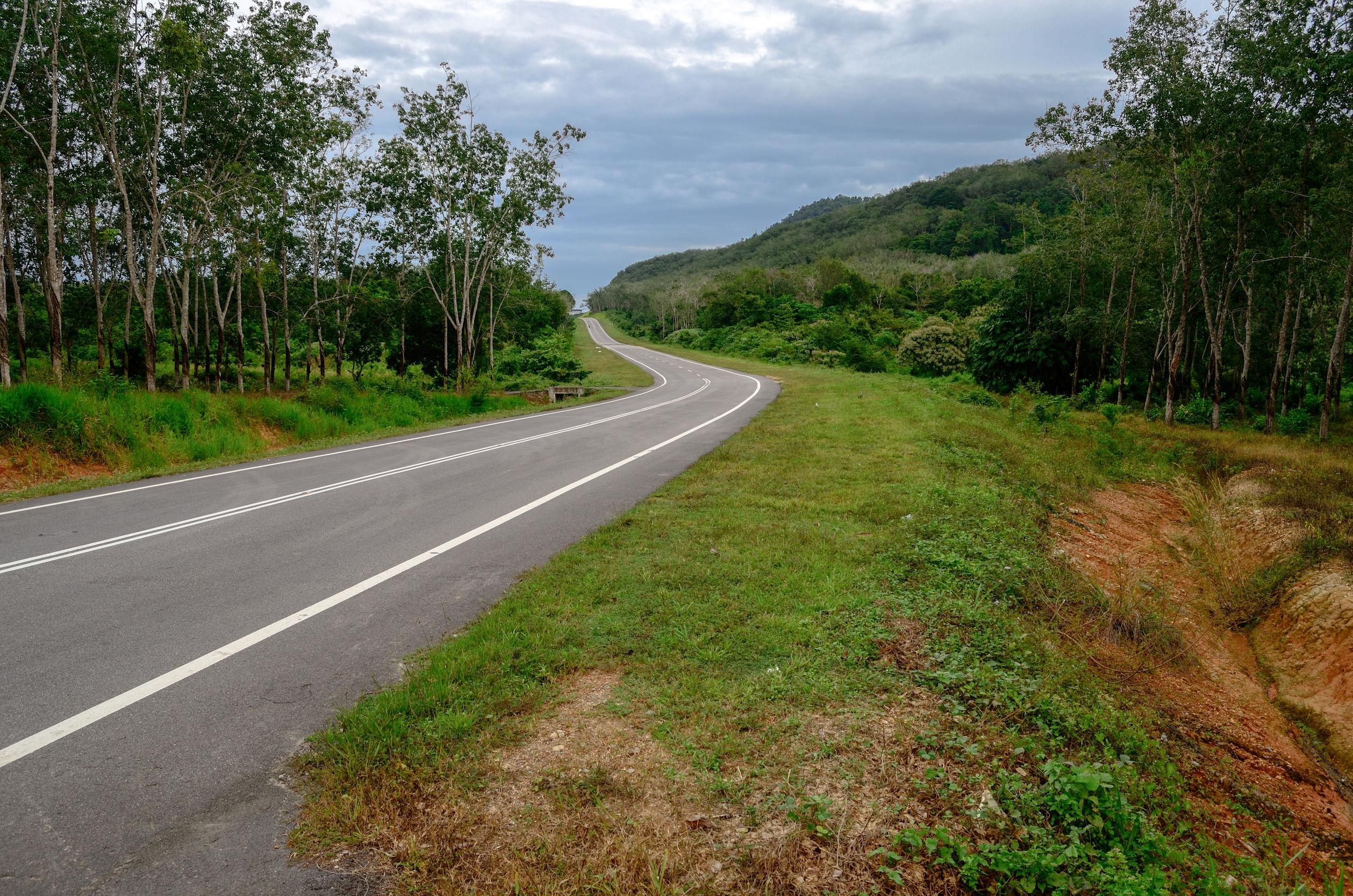 The writer drove up in an Audi S3, with his buddies in a Subaru WRX and a BMW 650i, and rediscovered the joys of an early-morning B-road blast in Malaysia.

Read about a family-friendly road trip to Malacca in a convoy of VW MPVs.